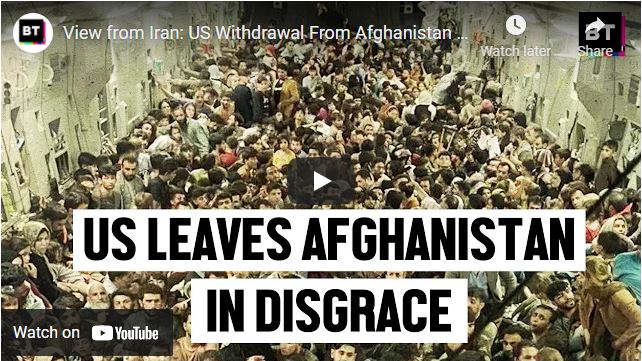 All eyes are on Afghanistan as the Taliban has rapidly taken over the entire country. Most coverage is focused on what this means for the US. But in reality, the West is removed and distant. Iran, on the other hand, is Afghanistan’s neighbor and hosts about 2 million official or unofficial Afghan refugees and will likely absorb even more. Iran had a bad relationship with the Taliban in the 90s, which killed its diplomat. Iran now has to deal with this new reality on its border.

To discuss this as well as other developments in and around Iran, including sanctions, covid, nuclear deal negotiations and talks with Saudi Arabia, Rania Khalek was joined by Mohammad Marandi, professor of english literature and orientalism at the University of Tehran.

0:00 Intro
2:13 The view from Tehran of the US withdrawal from Afghanistan
7:18 Has Iran’s relationship with the Taliban changed since the 1990s?
9:40 Is Iran coordinating with other regional players to pursue the stabilization of Afghanistan?
12:45 The US seems to want instability in Afghanistan
18:16 Is Iran concerned about the fate of the Shia Hazaras and other minorities under Taliban rule?
24:29 US clients around the world should be worried they might be abandoned too
32:03 Is the US responsible for the creation of al Qaeda and the Taliban?
44:54 Are US sanctions to blame for Iran’s high covid casualty rate?
56:38 Whitewashing impact of US sanctions by blaming local corruption
1:03:36 What’s the status of negotiations over returning to the nuclear deal?
1:16:58 Talks between Saudi Arabia and Iran
1:22:41 Iran’s allies are NOT proxies, they are partners
1:26:43 What is the Iranian view of the collapse in Lebanon?
1:32:16 US causing fuel shortages to punish countries around the world

0 thoughts on “View from Iran: US Withdrawal From Afghanistan Reflects A Weakened Empire, w/ Mohammad Marandi”