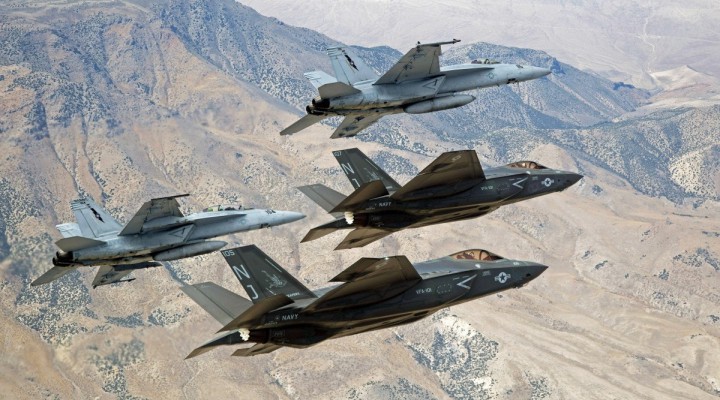 You get a lot of moral clarity when you realize that the US government is the most despotic and corrupt regime on the entire planet by a very wide margin. This clarity informs your perspective in a way that helps you see through a lot of the propaganda narratives that are laid over the public’s vision about what’s going on in our world.

Whenever I say the US is the most tyrannical regime on earth I get a lot of objections from people, and these are always people who simply haven’t thought very hard about the horrific realities of US foreign policy. Sure you can name some governments who are more brutal and oppressive toward their own citizenry than Washington, but you can’t name any who are more brutal and oppressive overall when you zoom out and look at the big picture.

The United States is currently circling the planet with hundreds of military bases and waging wars which have killed millions and displaced tens of millions just since the turn of this century. Its sanctions and blockades are starving people to death en masse every single day. It works to destroy any nation which disobeys its dictates by toppling their governments via CIA coups, proxy armies, partial and full-scale invasions, and the most egregious number of election interferences in the entire world.

Biden picked up where Trump left off and has been aggressively bombing Somalia.

Successive US administrations have cycled through a myriad of excuses to bomb the country, not acknowledging that they are bombing the very "terrorists" they created.https://t.co/QJ2yc6YbN8

There is no other government on earth about which you can say anything like any of these things. No other government on earth is doing anything which rises to this level of evil. Not Iran, not North Korea, not Russia or China or any of the other big scary boogeymen we’re told we must be afraid of my the mass media. You can argue that other governments have perpetrated comparable evils in the past, but you cannot argue that any of them are doing so currently. In our present reality as it actually exists, the United States is the worst monster, and it’s not even close.

There’s really no counter-argument to this. Even if you’re an intellectual six year-old and still believed in 2021 that the US uses its military for beneficent purposes, the fact that we now know the US military just wasted trillions of dollars and thousands of lives on a 20-year war which accomplished literally nothing besides making horrible people rich and lied to the world about it the entire time should dispel that childish delusion once and for all.

The fact that the US happens to export the bulk of its tyranny outside of its borders (though certainly not all of it) doesn’t change the fact that it is more tyrannical than any other government. This just means its tyranny dominates the entire world instead of a single nation.

And ordinary Americans don’t even get anything out of it. It would be bad enough if they were consenting to their government committing murderous piracy around the world because all that theft was enriching their lives and making Americans the wealthiest, happiest and healthiest people on earth, but it isn’t. Americans experience some of the world’s worst wealth inequality without any of the social safety nets afforded to people in every other developed nation, so they’re not even getting a slice of the piracy pie. They only consent to their government being the most despotic regime on earth because they are propagandized.

So in this sense all the accusations the US and its allies make against governments which refuse to bow to Washington are in reality a kind of whataboutism. “Whataboutism” is a word empire apologists constantly bleat whenever you point out that the US is perpetrating some version of an abuse it accuses another government of perpetrating (and it always is), but in reality they’re the ones using accusations to try and distract the conversation from what it should actually be about: the most tyrannical and abusive government on earth.

There is no legitimate reason to focus on the abuses of any other power structure as long as the US and its allies are committing vastly worse atrocities. The most powerful and destructive government on earth should be receiving far more criticism than any other, but instead, because its propaganda dominates the world, it actually receives far less criticism. Being clear on this gross imbalance and the need to correct it is instructive for anyone with their eyes open, because it shows where your efforts and opposition should be directed.