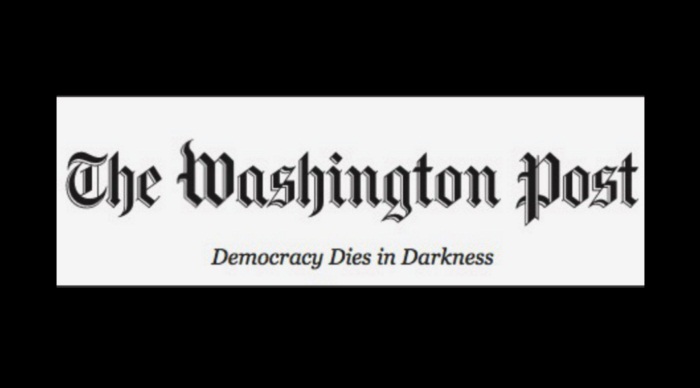 “Russia and other adversaries may not need to hack the election if they can hack something else: our minds.”

So begins a crazy, paranoid Washington Post editorial titled “The U.S. may be safe from foreign interference in this election. But what about perception hacking?”, cautioning readers not to let Russia make them crazy and paranoid.

“Perception hacking”. Apparently this term is the latest fad for the elite liberal commentariat in the category of noises one can make with one’s face in order to sound well-informed about Russian influence operations, from the same line as “kompromat”, “dezinformatsiya”, and “useful idiot”.

Oy vey. “Perception hacking”: “manipulating people into thinking they are being manipulated”. No, WaPo, that’s not Russia who’s doing that, it’s you & the NYT & the “intel” agencies & the Democrats & every part of the establishment except the Trumpers. https://t.co/mcqKnuhtIT

Before we begin, I must clarify that this maniacal screed was not authored by some random unmedicated lunatic to whom WaPo mistakenly granted a spot in its Opinion section due to a Nyquil-induced filing error. It was authored by the actual editorial board of The Washington Post (Democracy Dies in Darkness™️). They sat down, they consciously wrote it out, probably re-wrote it a few times, and then knowingly published it as a representation of the esteemed outlet’s official position, completely on purpose.

Don’t think about it too hard. You’ll hurt yourself.

Thank you to our sponsor @Facebook and to those who joined us for Perception Hacking: Threats Real and Imagined, Ahead of 2020 Election at #TheAtlanticFest this afternoon. Tune back in this evening at 7:00 p.m. E.T. / 4:00 p.m. P.T. for our Ideas Stage speakers!

“The technique of choice heading into the election is something experts have come to call ‘perception hacking,’ which essentially means manipulating people into thinking they are being manipulated,” WaPo explains, as though it has not played a central role along with the rest of the mainstream media in promoting the idea that we are surrounded by Russian agents working to deceive and misinform Americans at every opportunity.

“During the Cold War, the Soviet Union discovered the effectiveness of laundering its narratives through unwitting sources in target nations to lend them more legitimacy,” the Post tells us. “Today’s Russia exploits the same tactic: dangling fantastical scoops in front of low-profile journalists to bait them into writing conspiratorial false stories, in the hope that reputable publications will eventually mention them, even as rumor.”

Excuse me? Only low-profile journalists have been writing conspiratorial false stories about Russia? You mean low-profile like MSNBC’s top pundit Rachel Maddow, whose deranged conspiratorial false stories have included (but are in no way limited to) fearmongering about Putin cutting off US energy during the winter in order to freeze Americans to death, speculating alongside her fellow MSNBC host Lawrence O’Donnell that Putin may have orchestrated a 2017 chemical attack in Syria in order to allow Trump to retaliate with a missile strike that will make him look good, and circulating stories about Russian election interference that were already publicly known to be false?

You'll never guess who is seizing on life-threatening cold weather in the U.S. to fear-monger about… Russia! pic.twitter.com/deo2H4SBBQ

Or low-profile like New York Magazine’s Jonathan Chait and MSNBC’s Chris Hayes laying out the ridiculous case that Trump has been a Russian asset since 1987?

Or low-profile like CNN analyst and Harvard professor Juliette Kayyem, who has on no basis whatsoever been promoting the narrative that Russia has infiltrated the Walter Reed Hospital where Trump is staying for Covid-19 treatment to such an extensive degree that Russian intelligence agencies know more about the president’s condition than the public?

It is very likely that Russian intelligence agencies — through signal and human intel sources at Walter Reed, etc — have more information about the President's condition than we do (though I think we all know how the president is doing.) #doctorslietoo

Circulating false conspiratorial stories about Russian influence in the United States is not the purview of low-profile journalists who’ve been influenced by Russia, it’s the purview of some of the most influential voices in the western world who do it of their own volition. False conspiracy theories about Russia have been an extremely common mainstay within literally all mainstream media outlets in America, especially those which take an oppositional posture toward Trump, ever since it became publicly acceptable to allege without evidence that Vladimir Putin has taken control of the highest levels of the US government. For WaPo to suddenly try to pretend it’s some sort of fringe anomaly which only occasionally infiltrates high-profile news media as a result of Russian influence operations is brazenly deceitful.

After all, The Washington Post itself has been one of the more egregious offenders on this front, not because of Russian influence but because of its blind pursuit of clicks.

In December 2016 WaPo published a story claiming the Russian government had penetrated the US electricity grid, which if they’d done their due diligence instead of hastily publishing they would have discovered was completely false and did not happen. In November 2016 WaPo published an insanely paranoid exclusive of just the sort its editorial board is warning us about today, claiming based on amazingly ridiculous sourcing that alternative media outlets that are critical of US foreign policy are “routine peddlers of Russian propaganda.”

The fact that this same outlet is now placing itself above the dynamic of media-induced Russia paranoia instead of a key facilitator of it is jaw-dropping in its dishonesty.

“Especially clever is planting tales of supposedly far-reaching influence operations that either don’t actually exist or are having little impact,” today’s editorial continues.

You mean like the ones you yourselves plant in one of the most influential publications in the western world, WaPo?

In fact, “tales of supposedly far-reaching influence operations that either don’t actually exist or are having little impact” would be a perfect description of all mainstream media reporting on the influence of St Petersburg’s Internet Research Agency in the 2016 election, which as Aaron Maté explained for The Nation in 2018 was in fact “small, amateurish, and mostly unrelated to the 2016 election.” A search of WaPo’s website brings up hundreds of references to this supposedly far-reaching influence operation that in reality had little or no impact.

“The declaration on the day of the 2018 midterm elections by a group claiming to be the Russian troll farm the Internet Research Agency that ‘we are choosing for you’ might have seemed ridiculous a decade ago, and it is still ridiculous today,” WaPo continues, without a trace of irony in their advancement of unproven claims by unknown people involving Russia.

“The salvos don’t have to succeed. They only have to scare us into thinking that there is a Kremlin agent messing with every machine, and a troll writing every Facebook post,” WaPo warns while also accidentally describing the paranoid and Russophobic environment that WaPo and other mainstream news outlets have spent four years actively creating.

“Leaders and everyday voters alike now confront the challenge of preparing without panicking — of being alert without being paranoid,” concludes WaPo’s editorial board, which is plainly both highly paranoid and highly lacking in anything that could be described as alertness.

"OK, so this thing we've been talking about for years isn't true. But what if it were?" Hard hitting journalism from the Washington Post editorial board. pic.twitter.com/DuNbZoWCnw

Despite the bizarre schizoid ramblings of The Washington Post editorial board, there is no amount of “perception hacking” Russia could inflict upon the American mind that could possibly rise to the tiniest fraction of that which has been inflicted by media outlets owned by American billionaires. People are paranoid about Russian influence operations because the American plutocratic media have made them that way, and have reaped massive ratings rewards for doing so.

As is so very, very often the case, the American accusation being leveled against Russia is something the accuser itself does to a far, far greater degree than the accused.

These are the kind of people who are shaping public thought in the nation with the world’s most powerful government. Destructive, dishonest, stupid, hypocritical, irresponsible, xenophobic, McCarthyite, willfully amnesiac, gaslighting manipulators who are employed by the world’s wealthiest plutocrat.

No wonder everything’s so messed up.

The Force Has Been Weakened