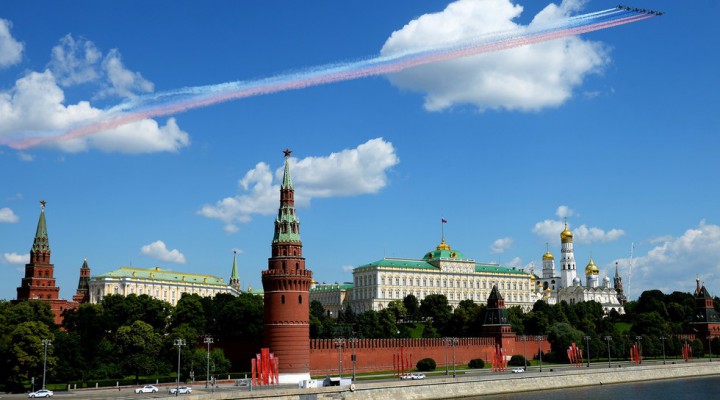 CIA and FBI officials, helped by MSM chums, allege the Kremlin’s running a campaign to denigrate Joe Biden. But where’s the evidence? The real threat to US democracy isn’t Russia, but the anonymous sources behind the claims.

There have been a spate of reports recently, alleging Russian interference in the 2020 US presidential election, specifically the charge that Russian President Vladimir Putin is seeking to “sow divisiveness and discord” to “denigrate” the Democratic nominee, Joe Biden, and undermine public confidence in the legitimacy of the electoral process.

While allegations of Russian interference in the 2016 US presidential election continue to be bandied about by those who believe that President Donald Trump’s victory over Democratic challenger Hillary Clinton was solely due to Russian malfeasance, the new allegations arise from a separate set of facts unique to this year’s race.

These are the efforts of Donald Trump’s personal lawyer, Rudy Giuliani, and the Republican chairmen of the Senate Homeland Security and Finance Committees (Ron Johnson and Chuck Grassley, respectively) to uncover evidence of corruption on the part of Joe Biden and his son Hunter regarding the latter’s relationship with Burisma, a Ukrainian energy company. These efforts have led to the release of an 87-page joint report, titled ‘Hunter Biden, Burisma, and Corruption: The Impact on U.S. Government Policy and Related Concerns’, published by Senator’s Johnson and Grassley on September 22.

There is nothing substantively new in the report that has not already been publicly disclosed previously. The difference is that Giuliani, Johnson, and Grassley have made extensive use of information provided to them by a pro-Russian member of the Ukrainian Parliament, Andriy Derkach, in fleshing out the allegations of corruption leveled against Joe and Hunter Biden. The information contained in the report does not significantly further the case against either Joe or Hunter Biden and, if left to its own devices, the report would most likely have been ignored by the voting public.

But the Derkach angle has caught the eye of elements within the US intelligence community and the FBI, who have used the connection between Giuliani, Johnson, and Grassley on the one hand, and Derkach on the other, to promote their own conspiracy theories linking the Russian government to the revelations. This linkage was furthered by the fact that Derkach was singled out by the US Department of Treasury in August for being “an active Russian agent for over a decade,” who employed “manipulation and deceit to attempt to influence elections in the United States.”

Derkach’s activities were also the subject of a classified CIA assessment published on August 31 in the CIA World Intelligence Review. But the CIA took it a step further, stating: “We assess that President Vladimir Putin and the senior-most Russian officials are aware of and probably directing Russia’s influence operations aimed at denigrating the former U.S. Vice President, supporting the U.S. President and fueling public discord ahead of the U.S. election in November.”

Details of this classified CIA assessment were shared with Josh Rogin, an opinion columnist with the Washington Post (and vehement opponent of Trump), who published them in a column that appeared in his newspaper on September 22. According to Rogin, the information about the CIA assessment came from two unnamed sources “familiar with” the report. Rogin claims he withheld details about the intelligence used to form the assessment at the request of his sources to protect them and their methods.

Rogin’s ‘scoop’ comes on the heels of similar claims put forward in written testimony to Congress by the director of the National Counterintelligence and Security Center, William Evanina, in early August. “We assess that Russia is using a range of measures to primarily denigrate former Vice President Biden and what it sees as an anti-Russia ‘establishment,’” Evanina wrote. “This is consistent with Moscow’s public criticism of him when he was Vice President for his role in the Obama administration’s policies on Ukraine and its support for the anti-Putin opposition inside Russia.”

Evanina’s concerns were echoed by FBI Director Christopher Wray, who testified before the House Homeland Security Committee on September 17. “We certainly have seen very active, very active efforts by the Russians to influence our election in 2020 … to both sow divisiveness and discord and … to denigrate Vice President Biden,” Wray said.

Both Evanina and Wray drew heavily on the efforts by Derkach to assist Giuliani, Johnson, and Grassley in their aim of digging up dirt on Joe and Hunter Biden. Wray’s testimony, when viewed in conjunction with the Rogin revelations about the CIA’s assessment, appears to be timed to pre-empt the impact of the Johnson-Grassley report.

If that’s true, then the FBI director, together with whomever in the intelligence community leaked the details of the CIA’s assessment to Rogin, are guilty of the kind of politicization of intelligence that undermines public confidence in the US system of government far more than any thinly sourced allegations about Russian interference.

One can scour the government’s organizational charts, looking in vain for an entity that describes itself as the ‘deep state’, and the efforts will be in vain. But the deep state exists. It exists in the form of so-called intelligence professionals who craft analysis about alleged foreign interference in domestic American politics, derived from secret ‘sources and methods’, which is then leaked to a willing recipient in the press who publishes it for the sole purpose of undermining a sitting president on the eve of a national election, without disclosing what these ‘sources and methods’ are.

It exists in the form of an organization, the FBI, that is already stinging from the public disclosure of its massive failings on issues related to allegations of Russian collusion on the part of a sitting president (the Mueller Report fiasco, the disaster that was the Steele Dossier, and the incompetence manifested in the Carter Page FISA warrant process, to name but a few) suddenly seeking relevance – and, one might say, revenge – by speculating on the domestic impact of the same allegations put forward by the intelligence community.

The only purpose one can ascribe to these actions is the denigration of President Trump for the purpose of sowing divisiveness and discord regarding the legitimacy of the 2020 presidential election – the very charge that those who embrace the CIA and FBI allegations about Russian interference have levelled against Moscow.

A reasonable person can conclude that President Trump, by questioning the legitimacy of mail-in ballots and openly speculating about voter fraud, is actively engaging in a politically motivated ploy to undermine public confidence in the election for the purpose of preparing the public for an inevitable challenge if the results point to a Biden victory.

While this is not conduct that any politician seeking elected office should engage in, it isn’t being done in the shadows, as part of a vast secret conspiracy, but rather out in the open, for all the public to see and, by extension, to opine on come election day.

That’s the difference between what Trump and his supporters are doing, and the actions of the deep state. Both are destroying public confidence in whatever the outcome may be on election night, to make the case that their candidate has the more legitimate claim to electoral victory.

Two wrongs don’t make a right, but the fact that one side – the supporters of Donald Trump – are conducting their work with complete transparency, while the other side hides behind the impenetrable walls the deep state affords them, does serve as a discriminator.

America does not need any help in undermining the foundations of democratic rule, nor does it need help in destroying public confidence in the notion of a free and fair election. The actions of both political parties have shown they are collectively and individually more than capable of accomplishing this in their own right; all an outside power need do is sit back and watch the show.

There is nothing to gain for Putin, were he to orchestrate a campaign designed to attack Joe Biden, and everything to lose. If there wasn’t an Andriy Derkach, Rudy Giuliani and Senator Johnson would have found someone just like him. The Hunter Biden/Burisma story is to Republican operatives like chum is to sharks – irresistible.

It wasn’t manufactured by Putin and co behind the Kremlin walls, but was rather the by-product of Hunter and Joe Biden’s own words and deeds. The American electorate is sophisticated enough to sort through the chaff to get to the wheat. Nothing Giuliani or Johnson did was in secret – and they most certainly don’t hide behind secret ‘sources and methods’ when making their allegations.

One cannot say the same thing for the intelligence community, the FBI, or the partisan mainstream media. At the end of the day, the information they describe as being at the heart of the alleged Russian interference – the Derkach papers – contains the same fact set as does the report published by Senators Johnson and Grassley.

The big difference, however, is how this information is packaged and marketed. The Republicans have taken the path of full transparency, where every voter is capable of discerning whether this is a matter of legitimate national concern, or a political witch hunt. Most important of all is the fact that both Johnson and Grassley are elected officials who, at the end of the day, are accountable to their respective constituencies for their conduct while in office.

The deep state, however, has taken a different path – one of secret allegations about foreign manipulation of American democratic processes. The deep state seeks to distract from the political reality of what the Republicans have done – namely, to put it all on the line for the American people to see whether the Hunter Biden/Burisma story holds water, or to conclude that the Republicans have behaved poorly.

The Republicans have given the American voter a choice – one the deep state seeks to obviate by tainting it with unfounded allegations of Russian interference. Moreover, the deep state has put forward its case in an opaque way and in a manner where those making the case cannot be held accountable to the American public because they were never elected in the first place, and have opted to keep their identities a secret.

And it is destroying American democracy as we speak.