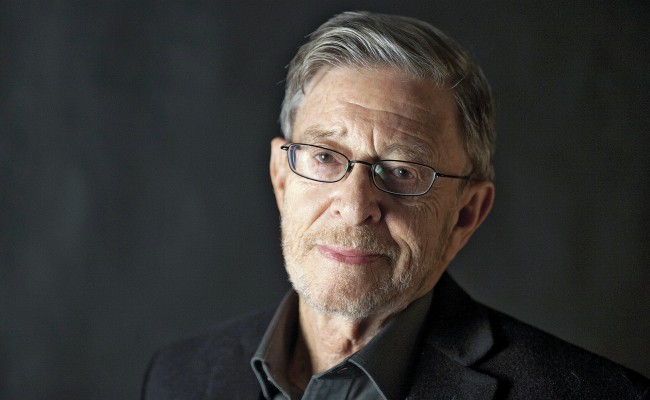 Stephen F Cohen, the renowned American scholar on Russia and leading authority on US-Russian relations, has died of lung cancer at the age of 81.

As one of the precious few western voices of sanity on the subject of Russia while everyone else has been frantically flushing their brains down the toilet, this is a real loss. I myself have cited Cohen’s expert analysis many times in my own wbyork, and his perspective has played a formative role in my understanding of what’s really going on with the monolithic cross-partisan manufacturing of consent for increased western aggressions against Moscow.

In a world that is increasingly confusing and awash with propaganda, Cohen’s death is a blow to humanity’s desperate quest for clarity and understanding.

Very sad. A huge loss. America’s leading expert on Russia, Stephen Cohen, has died, aged 81. Stephen was subjected to a horrible smear campaign when he questioned US-policy towards Moscow after the 2014 estrangement. Condolences to @KatrinaNationhttps://t.co/3PNLdl758f

I don’t know how long Cohen had cancer. I don’t know how long he was aware that he might not have much time left on this earth. What I do know is he spent much of his energy in his final years urgently trying to warn the world about the rapidly escalating danger of nuclear war, which in our strange new reality he saw as in many ways completely unprecedented.

The last of the many books Cohen authored was 2019’s War with Russia?, detailing his ideas on how the complex multi-front nature of the post-2016 cold war escalations against Moscow combines with Russiagate and other factors to make it in some ways more dangerous even than the most dangerous point of the previous cold war.

“We’re in a new cold war with Russia that is much more dangerous than the preceding cold war for various reasons,” Cohen told The Young Turks in 2017. “One is that there are at least three cold war fronts that are fraught with hot war: that would be Ukraine, that would be the Baltic Black Sea region where NATO is undertaking an unprecedented military buildup on Russia’s border, and of course in Syria, where American and Russian aircraft are flying in the same airspace. And I would add to those three cold war fronts what is now called Russiagate, because the accusation that Trump needs to be impeached because he’s somehow a Russian agent so distorts and cripples the possibility of the White House making Russia policy that I think it’s a cold war front.”

Cohen repeatedly points to the most likely cause of a future nuclear war: not one that is planned but one which erupts in tense, complex situations where anything could happen in the chaos and confusion as a result of misfire, miscommunication or technical malfunction, as nearly happened many times during the last cold war.

“I think this is the most dangerous moment in American-Russian relations, at least since the Cuban missile crisis,” Cohen told Democracy Now in 2017. “And arguably, it’s more dangerous, because it’s more complex. Therefore, we—and then, meanwhile, we have in Washington these—and, in my judgment, factless accusations that Trump has somehow been compromised by the Kremlin. So, at this worst moment in American-Russian relations, we have an American president who’s being politically crippled by the worst imaginable—it’s unprecedented. Let’s stop and think. No American president has ever been accused, essentially, of treason. This is what we’re talking about here, or that his associates have committed treason.”

“Imagine, for example, John Kennedy during the Cuban missile crisis,” Cohen added. “Imagine if Kennedy had been accused of being a secret Soviet Kremlin agent. He would have been crippled. And the only way he could have proved he wasn’t was to have launched a war against the Soviet Union. And at that time, the option was nuclear war.”

“A recurring theme of my recently published book War with Russia? is that the new Cold War is more dangerous, more fraught with hot war, than the one we survived,” Cohen wrote last year. “Histories of the 40-year US-Soviet Cold War tell us that both sides came to understand their mutual responsibility for the conflict, a recognition that created political space for the constant peace-keeping negotiations, including nuclear arms control agreements, often known as détente. But as I also chronicle in the book, today’s American Cold Warriors blame only Russia, specifically ‘Putin’s Russia,’ leaving no room or incentive for rethinking any US policy toward post-Soviet Russia since 1991.”

“Finally, there continues to be no effective, organized American opposition to the new Cold War,” Cohen added. “This too is a major theme of my book and another reason why this Cold War is more dangerous than was its predecessor. In the 1970s and 1980s, advocates of détente were well-organized, well-funded, and well-represented, from grassroots politics and universities to think tanks, mainstream media, Congress, the State Department, and even the White House. Today there is no such opposition anywhere.”

“A major factor is, of course, ‘Russiagate’,” Cohen continued. “As evidenced in the sources I cite above, much of the extreme American Cold War advocacy we witness today is a mindless response to President Trump’s pledge to find ways to ‘cooperate with Russia’ and to the still-unproven allegations generated by it. Certainly, the Democratic Party is not an opposition party in regard to the new Cold War.”

“Détente with Russia has always been a fiercely opposed, crisis-ridden policy pursuit, but one manifestly in the interests of the United States and the world,” Cohen wrote in another essay last year. “No American president can achieve it without substantial bipartisan support at home, which Trump manifestly lacks. What kind of catastrophe will it take—in Ukraine, the Baltic region, Syria, or somewhere on Russia’s electric grid—to shock US Democrats and others out of what has been called, not unreasonably, their Trump Derangement Syndrome, particularly in the realm of American national security? Meanwhile, the Bulletin of Atomic Scientists has recently reset its Doomsday Clock to two minutes before midnight.”

And now Stephen Cohen is dead, and that clock is inching ever closer to midnight. The Russiagate psyop that he predicted would pressure Trump to advance dangerous cold war escalations with no opposition from the supposed opposition party has indeed done exactly that with nary a peep of criticism from either partisan faction of the political/media class. Cohen has for years been correctly predictingthis chilling scenario which now threatens the life of every organism on earth, even while his own life was nearing its end.

And now the complex cold war escalations he kept urgently warning us about have become even more complex with the addition of nuclear-armed China to the multiple fronts the US-centralized empire has been plate-spinning its brinkmanship upon, and it is clear from the ramping up of anti-China propaganda since last year that we are being prepped for those aggressions to continue to increase.

We should heed the dire warnings that Cohen spent his last breaths issuing. We should demand a walk-back of these insane imperialist aggressions which benefit nobody and call for détente with Russia and China. We should begin creating an opposition to this world-threatening flirtation with armageddon before it is too late. Every life on this planet may well depend on our doing so.

Stephen Cohen is dead, and we are marching toward the death of everything. God help us all.

Stephen Cohen Has Died. Remember His Urgent Warnings Against The New Cold War.

0 thoughts on “Stephen Cohen has died. Remember His Urgent Warnings Against The New Cold War.”