HOME / WORLD / On Russia, Joe Biden’s mouth is writing checks the US can’t afford to cash 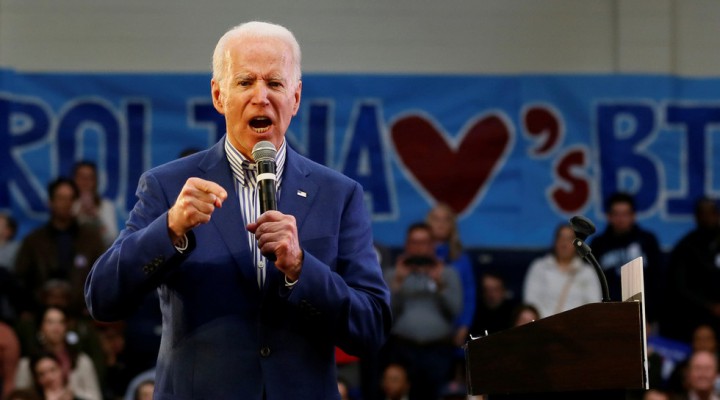 Joe Biden’s tough rhetoric on Russia, fueled by politically motivated FBI testimony alleging continued Russian electoral interference, may play well to his base. But if US allies act on it, it could mean war.

Joe Biden talks a good show. “I believe Russia is an opponent, I really do,” he said at a CNN town hall Thursday night. Biden’s statement was in response to a question from the moderator, Anderson Cooper, as to whether Biden viewed Russia as “an enemy.”

In the world of politicized semantics as used by Joe Biden, the difference between an “opponent”(someone who competes against or fights another; a rival or adversary) and an “enemy” (a person who is actively opposed or hostile to someone or something) knows no differentiation between mens rea (the intention or knowledge of wrongdoing), as opposed actus reus (the actual action or conduct). Both are elements of a crime and, according to Biden, Russia’s actions violate both principles.

“Putin’s overwhelming objective is to break up NATO,” Biden told the made-for-television audience, “to fundamentally alter the circumstance in Europe so he doesn’t have to face an entire NATO contingent.”

The problem here is that while Biden seeks to soften his hardline stance on Russia by using the lesser descriptor “opponent,” the actions he is accusing Russia and its leader, President Vladimir Putin, of committing are de facto elements of a crime, meaning that to anyone listening to Biden’s words, Russia is transformed into an “enemy.”

“Opponents” engage in genteel debates; “enemies” seek to undermine your security and destroy your democracy.

Biden can play fast and loose with words, but at the end of the day, words have meaning, and the picture painted by Biden in his town hall meeting is of a Russian threat to America, and a Russian threat to him personally. “There will be a price to pay,” Biden said of Russia’s actions. “And Putin knows – the reason he doesn’t want me as president, he knows me, and he knows I mean it.”

The personalization of actions which, if true, could be construed as constituting an attack on the United States, is itself disturbing, since it links the political fate of Biden to America’s willingness to stand idle in the face of such perfidy.

Biden is not alone in making such claims. FBI Director Wray appeared to be channeling the Democratic nominee when he told Congress that Russia’s interference in the 2020 presidential race relies heavily on disinformation and agitation designed to make some Americans so angry they support a preferred candidate (Trump) and others so angry and disaffected they don’t vote for another (Biden).

Biden and Wray are both playing to a domestic American audience, and both for political reasons. Biden’s motives are that of a seasoned politician seeking to exploit a predisposition amongst a certain element of the American electorate to accept at face value anything negative said about Russia and/or its president.

The danger here is not that the United States under a Biden administration would do anything precipitous when it came to dealing with Russia. As Biden himself stated, he knows Russia, and he knows President Putin, and as such he knows the reality of the limits to which Russia can be pushed. Russia is not some petulant child to be punished haphazardly, but a grown man capable of giving as good, or better, than it takes. Joe knows.

But others are listening to the rhetoric who might be fooled into believing that there is substance behind the bluster. Poland, Lithuania, Ukraine, and Georgia – all of these lesser powers today play an oversized role in shaping the US-Russian dynamic, whether by anointing a “true president” in Belarus, dragging their feet on peace in the Donbas, or reigniting the dream of NATO membership by playing host to US forces in large scale military exercises designed to mimic a NATO-like reality.

All it would take in the early weeks and months of a future Biden administration would be for one of these lesser powers to overplay their hand, transitioning the rhetoric of “opposition” into the reality of “war” by pushing Russia too hard. Then Joe Biden would be left holding the bag, having talked the talk, and now being called upon to walk the walk.

But the reality is, Joe Biden’s mouth is writing checks the United States can ill afford to cash. “I don’t mean war,” he told the town hall when talking about how he would respond to alleged Russian perfidy. “But they’ll pay a price… There’ll be an economic price.”

Not if Poland, Lithuania, Ukraine and Georgia can help it.

0 thoughts on “On Russia, Joe Biden’s mouth is writing checks the US can’t afford to cash”