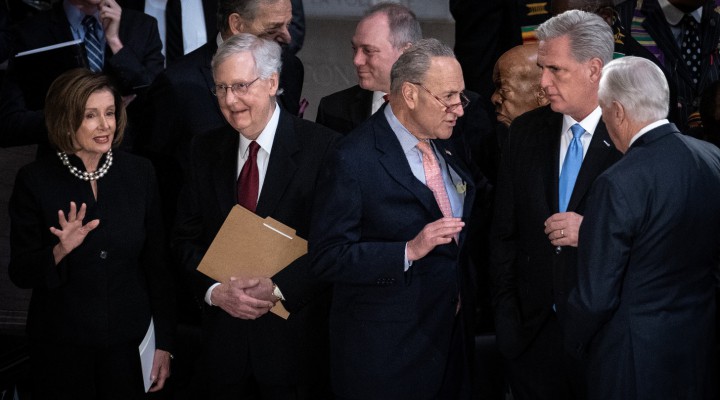 No longer content with absurd claims that the January 6 Capitol riot was as bad as the 9/11 attacks, Democratic Party-aligned pundits are now insisting that it was in fact worse.

On a recent appearance with MSNBC’s ReidOut with Joy Reid, former Bush strategist Matthew Dowd said he felt the Capitol riot was “much worse” than 9/11 and that this is the “most perilous point in time” since the beginning of the American Civil War.

“To me, though there was less loss of life on January 6, January 6 was worse than 9/11, because it’s continued to rip our country apart and get permission for people to pursue autocratic means, and so I think we’re in a much worse place than we’ve been,” Dowd said. “I think we’re in the most perilous point in time since 1861 in the advent of the Civil War.”

This is absolutely BONKERS and offensive to the thousands murdered on 9/11.

Appearing alongside MSNBC's Joy Reid, Matt Dowd says "January 6th was worse than 9/11 because it's continued to rip our country apart and give permission for people to pursue autocratic means" pic.twitter.com/UnJfAID5SN

Not to be outdone, Lincoln Project co-founder Steve Smith cited Dowd’s hysterical claim but adding that not only was January 6 worse than 9/11, but it was actually going to kill more Americans somehow, even counting all those killed in the US wars which ensued from the 9/11 attacks.

“He couldn’t be more right,” Schmidt said at a town hall for the Lincoln Project. “The 1/6 attack for the future of the country was a profoundly more dangerous event than the 9/11 attacks. And in the end, the 1/6 attacks are likely to kill a lot more Americans than were killed in the 9/11 attacks, which will include the casualties of the wars that lasted 20 years following.”

A total of 2,996 Americans were killed in the 9/11 attacks, and a further seven thousand US troops have been killed in Iraq and Afghanistan. Exactly one person was killed in the January 6 riot, and it was a rioter shot by police inside the Capitol Building. Early reports that rioters had beaten a police officer to death with a fire extinguisher turned out to have been false.

These bizarre alternate-reality takes are awful for a whole host of reasons, including the fact that this so-called “insurrection” everyone is still shrieking about never at any point in its planning or enactment had a higher than zero percent chance of overthrowing the most powerful government in the world, and the fact that they are manufacturing consent for new authoritarian measures just like 9/11 did.

And it’s not even close. Certainly many of the groups listed above are dangerous and undesirable, but they’re not the ones raining explosives upon families around the world for power and profit. They’re not the ones brandishing nuclear weapons with steadily increasing recklessness as they ramp up a new cold war against Russia and China. They’re not the ones poisoning the air and the water and rapidly destroying the environment we all depend on for survival. They’re not the ones enslaving humanity to a brutal, oppressive and exploitative global capitalist system which leaves far too many toiling for far too little when there’s plenty for everyone.

That would be the so-called “moderates” of the western empire, who in reality are anything but.

BREAKING: Sources report violent right-wing extremists have seized the US Capitol, established a globe-spanning empire, and murdered millions of people.

It is violent to wage nonstop campaigns of military mass murder and impose civilian-killing economic sanctions on nations which disobey your dictates. It is extremist to brutalize, brainwash and enslave humanity while continuously shoving the world in the direction of extinction and armageddon in the name of profit and unipolar hegemony. Because US officials sit almost entirely on the right side of the global political spectrum, we can accurately say that everyone is fretting about violent right-wing extremists storming a Capitol building that had already long been occupied by violent right-wing extremists.

And yet when Facebook started sending Americans warnings that they may have viewed “extremist content” scrolling through their feeds, posts supporting this most dangerous group of extremists were not the content they were being warned about, but any kind of content which opposes the status quo those extremists have created. They’re killing the ecosystem and murdering people every single day while imperiling us all with the risk of nuclear war, my social media feeds are full of Americans literally trying to crowdfund their own survival while the world’s worst add trillions to their wealth, but it’s the people who want to change this abusive system who are the dangerous extremists.

Some analysts focus primarily on criticizing the really obvious monsters who spout racist and bigoted rhetoric to advance their toxic agendas. Others focus more on criticizing the monsters that are harder to see through the fog of feigned politeness and propaganda distortion, the ones you see in government buildings and on Fortune Magazine covers and on TV news shows telling you what to think about the world. Those who spend their time criticizing the latter more than the former are often attacked and ridiculed as fascist sympathizers and Kremlin assets, but only by those who don’t actually see the monsters that they are pointing to.

Our collective maturity cannot begin until we learn to see the violent extremist monsters where they actually exist, and not just where we’ve been trained to look for them.

More on Domestic Terrorism: Who Will Be the Target?