HOME / SOCIAL/CULTURAL / Ukraine Is The Most Aggressively Trolled War Of All Time: Notes From The Edge Of The Narrative Matrix 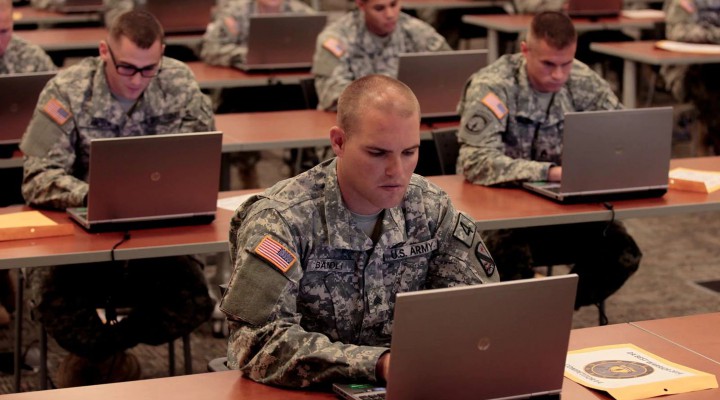 There’s a lot going on in America and the people are very stressed out and frightened, but don’t worry, there’s nothing the US government won’t do to make sure more High Mobility Artillery Rocket systems get to Ukraine.

Rest assured Americans: no matter how dark things may seem right now, no matter how insecure and uncertain you may feel, you can sleep soundly knowing your government is moving mountains around the clock to make sure the Ukraine war becomes a strategic quagmire for Moscow.

The Ukraine war is the single most aggressively trolled issue I’ve ever witnessed. As soon as it started, Twitter was full of brand new accounts swarming anyone who uttered wrongthink about Ukraine, and now there are entire extremely coordinated troll factions working to scare people away from criticizing empire narratives about this war. It’s plainly very inorganic, so it’s good to recall what we know about the trolling operations of western militaries.

How did we miss this year-old Newsweek report about a secret and unaccountable Pentagon "undercover force" which "carries out domestic and foreign assignments" that include "campaigns to influence and manipulate social media"? https://t.co/zo7liETtnn pic.twitter.com/nTibeLpZxH

We're used to hearing about state-backed Twitter campaigns from the likes of Iran and Russia, but why do we never hear about US and UK social media ops? (Spoiler: it's not because they don't exist) https://t.co/Aj7i3LNAZD

So the western empire is responding to a war that was caused by NATO expansion by greatly expanding NATO, at the same time we learn that the Biden administration doesn’t even believe Ukraine has any chance of winning that war. This is going great, guys. Good job everyone.

Sure the worst case scenario of all this brinkmanship with Russia is nuclear war, but on the other hand the best case scenario is securing planetary domination for an empire that has spent the 21st century killing people by the millions in wars of aggression for power and profit. Totally worth the risk!

When you realize the US really only has one political party, you cease seeing one good party protecting people from a bad party and start seeing one giant party threatening to take away people’s civil rights if they don’t obey and submit. You suddenly understand that saying one party is a “lesser evil” is like saying a boxer should want to get hit by his opponent’s left hand because his right cross hurts more. It’s two arms on the same boxer, and they’re both working together to knock you out.

A boxer doesn’t go into a match planning to get punched in the face by his opponent’s left hand while avoiding the right, he goes in planning to defeat his opponent. The opponent is the uniparty and the oligarchic empire which controls it.

It is true that each hand is used differently in boxing, with the lead used mostly for jabs and hooks and the rear hand mostly for crosses, but they’re both used together to set up a knockout blow. The fact that the parties are used differently doesn’t mean they’re not working together.

Most good boxers will tell you they’d rather fight someone with a solid cross than someone with a solid jab. Sure the jab does less damage at first, but it’s such an effective strike that it can nullify your entire offense and grind you down until you can’t continue. In exactly the same way, the Democratic Party is far more effective in shutting down revolutionary movements and stagnating progress than the Republicans, and, just like a jab-cross combination in boxing, is used to set up the Republicans to deliver the knockout blow.

What is the correct response to this? Is it to say “Hmm, I’d better let him punch me with his left hand, because if I don’t he’ll hit me with his right and it’ll hurt more”? Or is it to bite down on your mouthpiece and start throwing heavy leather until you knock his ass out?

It’s just a cold hard fact that no matter how strong and independent a woman you think you are, your quality of life will be severely affected by the quality of the person you have babies with. Abortion is the final safeguard against giving birth to the child of an unworthy man. And no matter who you are reading this, you personally know women who’ve been temporarily deceived into thinking they were having sex with a worthy man.

Forced birthers in the US are like, “We’ll adopt your baby! Okay actually we’ll probably just let them fall through the cracks of a grossly inadequate foster care system leading to a childhood of trauma and neglect, but after that we’ve got a very well-funded prison system that can take care of them.”

One thing we learned from Covid is that being stuck inside sucks. Space colonization would be like being in permanent lockdown with no windows, no Uber Eats, no birdsong or rain on the roof and no chance of ever going home. Even if it somehow became possible, it’s a dumb idea and I hate it.

And there’s no reason to believe it will ever become possible. Science is nowhere near finished learning about all the countless ways the human organism is inseparably intertwined with Earth. The belief that we can solve our problems with space colonization is unscientific. We’re just going to have to change how we function as a species.

Astronauts lose decades' worth of bone mass in space that many do not recover even after a year back on Earth, researchers said Thursday, warning that it could be a "big concern" for future missions to Marshttps://t.co/p7Mp9deDih

The biggest obstacle remains the fact that science has no idea how to sustain human life in a way that is separate from earth’s ecosystem. We don’t even have any evidence that it’s possible. We’re no closer to being able to do it than we were a thousand years ago; today’s space stations are not independent of Earth’s ecosystem in even the tiniest way. They’re still 100 percent dependent on terrestrial supplies, which is an unsustainable model if you’re talking about actual colonization.

The idea of space colonization appeals to the capitalist mentality because it means we can keep expanding our population and keep expanding the economy and keep harvesting and consuming resources in the way we have been. But there’s literally zero scientific evidence that it’s feasible.

A future of space colonization is a fairy tale we tell ourselves so that we won’t have to change. So we can keep up our egocentric way of functioning without adapting and transcending our self-destructive patterns. We’re like a slacker who refuses to get off their parents’ couch and get their shit together who babbles made-up nonsense about NFT get-rich-quick schemes when asked about their plans for the future.

Collective extinction is easier to imagine than collective ego death.

0 thoughts on “Ukraine Is The Most Aggressively Trolled War Of All Time: Notes From The Edge Of The Narrative Matrix”