HOME / WORLD / The World Is Ruled By A Backwards Puritanical Regime: Notes From The Edge Of The Narrative Matrix 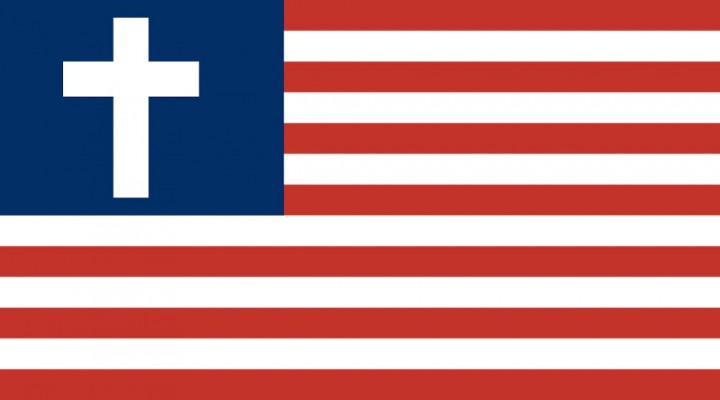 “China is a strange, backwards nation ruled by tyrants,” said the nation founded by Puritans who used to execute women for witchcraft and just killed reproductive rights protections because they think Jesus told them to.

The world is dominated culturally, economically and militarily by a regime that just killed women’s rights protections because they make Jesus mad.

Feels like five minutes ago we were being told the US needs to continue its occupation of Afghanistan in order to protect women’s rights.

Most women who’ve escaped from an abusive long-term relationship with a man can tell you about the horror of a missed period and how much more horrific that experience would have been if they didn’t know they have easy access to safe abortions.

Easy access to safe abortions makes women much more free from male domination. It just does. And that’s exactly why it is opposed.

Still can’t believe there are grown adults in 2022 who think the US is pouring weapons into a foreign nation because it wants to protect democracy from an evil tyrant who launched a completely unprovoked invasion for no other reason than because he is evil and hates freedom.

The US empire is going to destroy economies, starve people by the millions, start wars, and wage increasingly risky nuclear brinkmanship in its campaign to subvert Russia and China and secure unipolar planetary domination, but we need the US-led world order to maintain the peace.

Nobody asked the American people if NATO should be expanded, creating a dynamic where World War III could one day be fought over a blockade against Russia in Lithuania. It was just done, because empire management is too important to be left in the hands of the electorate. US foreign policy has been almost completely divorced from the will of the people.

The first sign that our rulers have pushed nuclear brinkmanship with Russia too far will be a nuclear exchange.

It really is spooky how much de-escalation and detente have been disappeared from public discourse about Russia. People genuinely don’t seem to know it’s an option. They really do think the only choices are (A) nuclear brinkmanship or (B) obsequious appeasement.

When the war started rightists wrongly said liberal Ukraine flag-waving was just another “current thing” that will soon be forgotten. It’s been four months and they’re still going, because this isn’t just another distraction. The US proxy war in Ukraine is a real power agenda.

There are fake partisan diversions designed to keep people chasing their tails instead of focusing on real issues, and then there are real agendas which are of high value to the empire. The Ukraine proxy war is the latter, so the propaganda campaign for it won’t just go away.

Bad guys conscript young people and force them to kill and be killed against their will. Nice guys impoverish young people so they have to enlist on their own to get money.

The World Economic Forum is just class solidarity. It’s the ruling class organizing and coordinating in the ways the working class needs to.

Humanity’s newfound ability to share information and ideas hasn’t made everything better largely because humanity as a collective remains as disordered and delusional as the average individual human. Our new hive mind is still a higher order of mind, but it’s not yet healthy.

But what our interconnectedness may end up doing is speed up the process of becoming a conscious species. Online you can find any depth of human suffering that suits your fancy, but you can also find information about what’s going on in the world that doesn’t come through the authorized channels, you can find revolutionary ideas, and you can find information on healing and awakening. What that may end up meaning is that we can all make all our mistakes and successes in a much shorter time span, because we’re not just plugged into our own successes and failures but everyone else’s as well.

We’re still collectively dysfunctional, but maybe now we can get healthier faster.

Really humanity’s just going to have to wake up. That’s it. We’re going to have to drastically change our relationship with mental narrative, bring consciousness to our inner processes, and heal our trauma.

We’ll never incrementalism or crypto or technological innovation or revolution our way around the basic need for a profound transformation of consciousness. We can talk all we want about proletariat uprisings, Bitcoin, direct action or whatever, but ultimately we’ll never see the revolutionary changes we need as long as we’re locked in delusion. We’ll keep generating the same self-destructive patterning until we change how we think.

Luckily the populations most sorely in need of awakening are the ones with the most luxury of time and energy to make it happen. The wealthiest populations in the wealthiest parts of the world are by far the most destructive, and so they can afford to do a lot of inner work.

2 thoughts on “The World Is Ruled By A Backwards Puritanical Regime: Notes From The Edge Of The Narrative Matrix”