HOME / SOCIAL/CULTURAL / Has America Tried Bombing Its Mass Shooting Problem? Notes From The Edge Of The Narrative Matrix 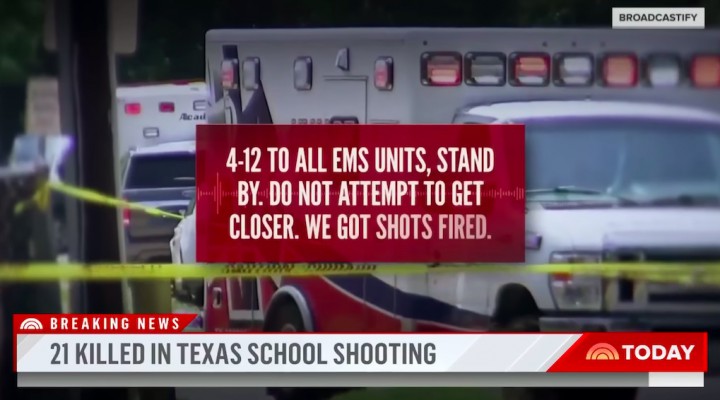 Oh cool it’s the part of the news cycle where Democrats and Republicans pretend something’s going to change about American gun laws for a few days.

[Nothing changes about gun laws or mental health care]

There’s probably a correlation between the fact that the US is the only nation with a mass shooting epidemic and the fact that Americans are the most aggressively propagandized population on earth.

If you took any armed population and psychologically pummelled them from birth with narratives about how mass military slaughter is fine while turning them into underpaid, alienated gear-turners and giving them an artificial culture mass-produced in Los Angeles, you’d probably see some mass shootings.

There’s only so far you can warp the human psyche before it snaps. Bash hundreds of millions of people in the brain their entire lives with indoctrination programs telling them madness is sanity and sanity is madness, and eventually a few of them are going to wind up mass murderers.

It’s surely not a coincidence that the nation which serves as the hub of a globe-spanning empire that’s held together by mass murder and war propaganda and mass-scale psychological manipulation is the only nation with a mass shooting epidemic. But this will never be studied.

It will never be studied because empire is invisible to mainstream science and social psychology, in the same way it’s invisible to mainstream media, mainstream politics, and mainstream academia. The empire is not even acknowledged to exist within the spheres of mainstream thought, and this is a deliberately engineered reality. The spheres of mainstream thought which prevent people from understanding that we are dominated by an unacknowledged empire which stretches across nations and influences our lives more than virtually anything else our attention is diverted to are actively influenced by that very empire.

We are all marinating in the US-centralized empire: its influence, its propaganda, its artificially manufactured culture, its ways of thinking. We’re so immersed in it we can’t see it. It’s like water for fish to us. So we won’t see any research into its influence on the collective psyche.

It’s weird how every US president is expected to say something after a mass shooting when US presidents are always orders of magnitude more murderous than the act they’re decrying.

“Who’s the one person we should look to after a horrific mass murder? Oh how about the head of the most murderous power structure on earth whose very existence depends on nonstop mass murder?”

Everyone shit their guts out for weeks when Trump made some asinine tweets about North Korea but Biden repeatedly threatening direct hot war with China while waging a world-threatening proxy war against Russia is just fine normal stuff.

In terms of contemporary analysis of conflict and strategy, Henry Kissinger hasn’t been one of the world’s worst war hawks for decades. This is true not because he has gotten less psychopathic, but because everyone else in Washington has gotten more so.

The US empire has been using impoverished human beings from the Global South as testing animals and target practice for its instruments of war in preparation for much larger military confrontations that it has long been planning for.

You’ve got to graduate from an Ivy League university and read all the latest reports from the most esteemed think tanks to get smart enough to understand why it’s a good idea to fight Russia and China at the same time.

If there was a giant multitrillion-dollar corporation that was allowed to kill anyone it wants to secure its success, its behavior would not be functionally different from that of the US empire.

I never give mainstream media “credit” on those rare occasions when they do something right. They’re supposed to get it right. You don’t get brownie points for not lying and propagandizing as aggressively as you normally do. You don’t give a cop credit for not shooting everyone.

If you’re a popular comedian living under a murderous and tyrannical globe-spanning empire, it’s pretty pathetic to spend your career punching any direction but up.

It doesn’t take much work to understand that the US government is an evil institution. It does take a fair bit of work to understand that the US government is a uniquely evil institution on the world stage, with no one else coming anywhere close. People have trouble getting this; for some reason it’s not too psychologically confrontational to acknowledge that your government is or is allied with one of many bad actors, but it often causes a lot of cognitive dissonance to grapple with the possibility that it’s the absolute worst actor, by a very large margin.

0 thoughts on “Has America Tried Bombing Its Mass Shooting Problem? Notes From The Edge Of The Narrative Matrix”