HOME / WORLD / Don’t Forgive Bastards: Notes From The Edge Of The Narrative Matrix 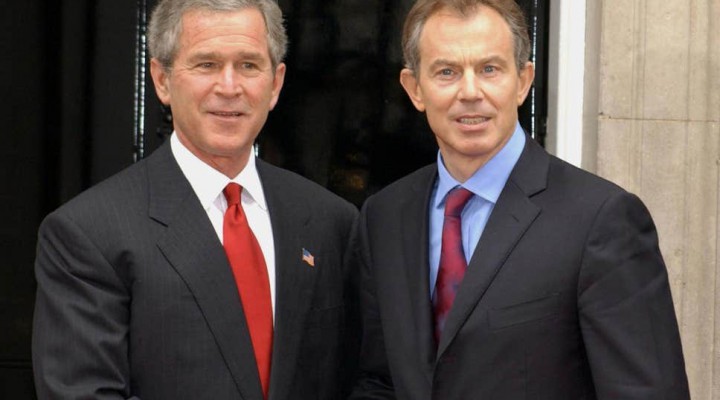 A lot of evil hides behind the irrational assumption that there is a limit to the amount of evil your government would be willing to perpetrate.

“Forgiveness” is a concept that is constantly exploited by manipulative abusers. If anything our world suffers from an overabundance of forgiveness: toward murderous power structures, toward lying news media, toward rapacious oligarchs and cronyistic politicians. Don’t forgive them.

I’m distrustful of anyone who prattles on about the importance of forgiveness, because those who do so tend to do it because they have a vested interest in the concept. They’re usually either an abuser themselves, or an abuser’s brainwashed victim defending their indoctrination.

Remember, all abusive relationships have “forgiveness” as a central tenet, because without forgiveness of abuse there could be no ongoing relationship. It’s as true of global power structures as it is of domestic partnerships.

Speak the truth and be loud about it. Choosing not to speak out is just making that much more space for the manipulative liars who are shouting above everyone as they drive our world into disaster, and you are much smarter, wiser, and more qualified to speak than they are.

No matter how unqualified you might feel to speak, you are infinitely more qualified than the loudest voices in our society who normalize and defend our murderous, oppressive, exploitative status quo using lies and manipulation. Speak even louder and more confidently than them.

Without warmongering and militarism, sociopathic intelligence agencies wouldn’t be needed.

Without government secrecy, the government couldn’t commit evil at home and abroad.

It all starts with war.

If you ever feel unimportant, remember that rich and powerful people are constantly pouring effort and wealth into trying to manipulate the thoughts in your head.

A lot of evil hides behind the irrational assumption that there is a limit to the amount of evil your government would be willing to perpetrate.

Hi I’m Leftish McPundit. I gain leftist cred by speaking critically of past acts of US imperialism and the lies which facilitated them, but I refuse to consider the possibility that similar things might be happening today and I’ll call you a conspiracy theorist or a tankie if you do.

Progressive reform always fails in the US because it’s the helm of an empire held together by endless war and its entire system is rigged to keep everyone poor and propagandized so that those wars continue. Leftists who neglect anti-imperialism are just liberals who own Marxist books.

There’s no legitimate reason why Biden and Trump shouldn’t be grilled about Yemen in every single interview and press conference they do.

Biden’s cabinet is going to be a super exciting mix of Susan Rice and other Obama holdovers plus all the Democratic primary candidates he owes favors to.

You can fix America’s problems by electing Joe Biden to the same extent that you can end police brutality by recording it using fun Snapchat filters.

QAnon is toxic because it’s a fake, decoy version of important truths: that the media are lying, the official elected US government isn’t really in control, and a great awakening is needed. It takes all those ideas, then twists them into support for the fucking Republican Party.

Regular reminder that conmen will always try to convince you that it’s your fault your were conned. If they can do that, they get away with the con. This is true of all manipulators and why you should never blame the gullible. Being gullible isn’t a crime, being a conman is.

Kids on TikTok have been creating culture, completely independent of the authorized plastic culture manufacturing industry that is Hollywood. And it’s better. Much, much better.

If people hate China so much why don’t they just criticize it using true facts instead of dubiously sourced claims and easily debunked nonsense?

A critical analysis of secretive power structures requires being honest and forthcoming about how much information is missing from the picture and how much we don’t know. Most conspiracy analysts suck at this.

A lot of people seem to think understanding what’s really going on in the world just means cramming a bunch of information into your head. Information is key, but it’s only part of it. Wisdom and inner clarity are also needed, and far too many neglect cultivating that aspect.

One thought on “Don’t Forgive Bastards: Notes From The Edge Of The Narrative Matrix”