HOME / SOCIAL/CULTURAL / MSM Is Propaganda: Notes From The Edge Of The Narrative Matrix 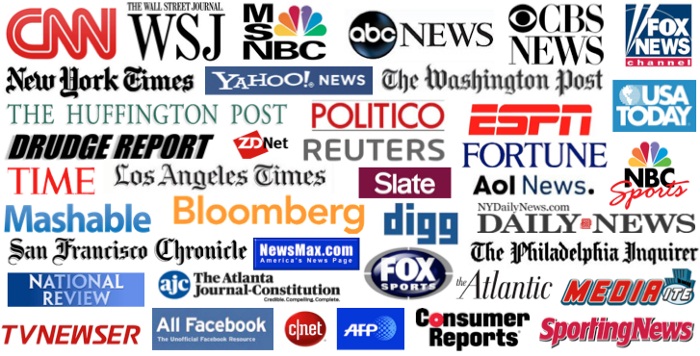 The US tortures journalists and whistleblowers, arms terrorists, kills children with starvation sanctions, wages endless wars, facilitates mass atrocities in Yemen, repeatedly used nuclear weapons on civilian populations, circles the entire planet with hundreds of military bases and bullies every nation on earth using military and economic force, but yeah we need to let them remain in charge of the world or else an evil government might take over.

You know that person in your life who’s always telling you what you should do despite the fact that their own life is a shambles and nobody likes them and they continuously make bad decisions for themselves? That’s America on the world stage.

When it first rose to power with the Bush administration the neoconservative ideology of doing whatever it takes to ensure continued US unipolar hegemony was widely criticized. Now it’s the bipartisan beltway consensus, and if you question it you’re smeared as freakish and suspicious.

Now you never even hear the word neoconservative or neocon anymore in mainstream US discourse. That’s not because it went away, it’s because it became the normalized default mainstream worldview.

Tier 6: The shit that would come out of shit if shit could shit.

Tier 7: People who defend acts of police brutality on the internet.

It is 2021. Biden is president. Two-thirds of my tweets about US politics are “If Trump had done this liberals would be losing their minds, eh screw it nobody cares.”

President Biden will have the most diverse, inclusive and intersectional cabinet of mass murderers ever assembled.

Think tanks are institutions which pay academics to think up reasons why it would be smart and good to do something evil and stupid, then insert those reasons into key points of influence. MSM cites them as authorities on foreign policy because MSM is propaganda.

If I had a dollar for every libertarian man on the internet who paternalistically told me he’s “disappointed” in me over something I wrote, I’d be rich enough to think libertarianism is a great ideology.

Mainstream feminism neglects the injustices of motherhood to a truly embarrassing extent. It’s become a movement to ensure that women have as much of a right as men to facilitate all the sickest aspects of patriarchy, while mothers everywhere are constantly forced to choose between economic hardship and staying with awful partners as they’re smashed with medieval judgemental attitudes about their parenting decisions.

Gotta respect the manipulation skills of whatever rich person it was who came up with the idea of blaming 100 percent of the world’s problems on pedophile rings.

Sectarian infighting and lateral punching can feel more satisfying than punching up at real power, because the armor of the imperial machine is thick while our peers are much more easily hurt and affected. But that’s exactly why we need to focus all our firepower on the machine.

A spiritual seeker approached an enlightened master and asked, “What is the path to enlightenment?”

The master pointed at the seeker’s chest and said, “The path is in you.”

The seeker immediately experienced satori. He wandered away and people noticed the serene expression on his face.

“Did the old master help you awaken?” they asked.

He thought a minute, remembering what he’d been told, and, pointing to his chest, said “The path is in me!”

They all oohed and ahhed, and sat down at his feet.

And that’s how gurus were invented.

“Just- just, sit down and shut up,” the master interrupted.

And that’s how meditation was invented.

A yogi was sitting and looking within himself and became dismayed at all the delusion-rooting conditioning he found.

“I couldn’t possibly have made all this mess just in this lifetime!” he said.

And that’s how reincarnation was invented.

Two yogis sat meditating and saw a cripple crawling painfully through the dirt.

“Should we help him?” asked one.

“We’re busy with our meditation,” said the other. “I’m sure he did something to deserve his suffering anyway.”

And that’s how karma was invented.

Ultimately our species just has to collectively awaken from ego if it’s to survive. That’s it. I babble about revolution and fighting propaganda and blah blah blah, but ultimately if I’m being really honest a collective shift from ego to truth is what’s actually required.

Humanity has trolled itself into an evolve-or-die predicament. We’ve placed ourselves in check on the chessboard just right so that the only way to avoid checkmate is to collectively awaken from egoic consciousness. There’s something inside us that is moving quite cleverly.

When Corporate Power Is Your Real Government, Corporate Media Is State Media

0 thoughts on “MSM Is Propaganda: Notes From The Edge Of The Narrative Matrix”