HOME / SOCIAL/CULTURAL / Defending Ukrainian “Democracy”: Notes From The Edge Of The Narrative Matrix 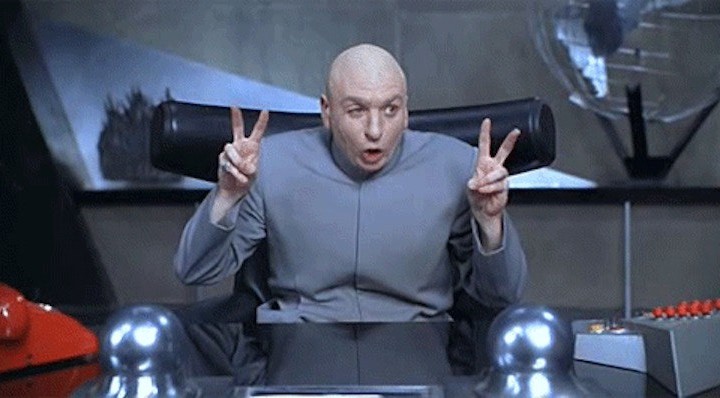 Liberals explaining why it’s fine to eliminate opposition parties when they become inconvenient is just liberals telling you who they really are.

One reason you always hear about the genocidal depravity of Adolf Hitler but not King Leopold II is because Hitler did imperialism to white people. Keep that in mind as you watch the disparity between coverage of Ukraine and coverage of other recent military invasions.

This is the message desktop Twitter users are receiving at the top right of their screen as of this writing:

We talk a lot about Silicon Valley’s role in facilitating US government censorship, but we should probably talk a lot more about its role in facilitating US government propaganda as well. We have two different words for censorship and propaganda, but in reality they’re just different aspects of the same one thing: narrative control. Propaganda is the positive aspect of imperial narrative control (adding communications), censorship the negative (removing communications).

Whoever controls the world’s dominant narratives controls the world itself. Narrative management constructs like Silicon Valley, Hollywood and the oligarchic “news” media play an even greater role in upholding the US-centralized empire than the US military.

The US and all its imperial member states are strangling Russia’s economy in response to a war they provoked because Putin threatens US unipolar planetary domination and there are still right wingers whispering “I bet there’s a hidden conspiracy to create a one world government.”

Yes there’s an agenda to unite the world under a single power structure, but it’s the one leftist anti-imperialists have long warned about. And it’s not hidden at all; it’s evidenced in public information like the Wolfowitz Doctrine, and just by simple naked-eye observations of the movements of military equipment and resources.

Our world’s problems are systemic. Pretending our problems are due to specific individuals like Klaus Schwab is tempting for people who are ideologically invested in existing systems like capitalism and US supremacy, because then you just need to get rid of those few bad apples. Really though we’re looking at the way our power-serving systems inevitably allow power to consolidate and reinforce itself and gradually work toward bending all humanity to its will. This will continue happening until we change those systems, if we don’t nuke ourselves into oblivion first.

This is all being driven by one particular power structure’s self-appointed role as global ruler. The US-centralized empire’s foreign policy behavior is essentially a nonstop war on disobedience, continuously working to absorb nations into its blob and destroy those who refuse.

If you mentally mute the “why” narratives about what’s happening and just look objectively at what’s happening, what you’ll see is a single dominant power structure controlling the majority of the world’s resources, wealth and information and punishing any nations who disobey it. What this tells you is that there’s a power structure doing whatever it has to do to shore up more and more control over the world, and then we’re fed narratives about why that needed to happen (Saddam needs to go because blah blah, NATO needs to expand because blah blah, etc).

Really underneath the narrative spin it’s just a giant tyrant doing tyrannical things. Heinlein said “Man is not a rational animal; he is a rationalizing animal.” This applies to empires and their narrative control mechanisms just as much as to individuals.

People talk about “blaming the US for everything” like it’s some kind of outlandish and paranoid position to say that a unipolarist planetary hegemon probably plays some role in major conflicts of immense geostrategic consequence. They seriously have a hard time believing that the most powerful empire in the history of civilization could be involved in manipulating all major conflicts which directly affect its agenda of global domination.

They’re like, “Come on. The US empire can’t have a villainous role in EVERY major international conflict.” If that were true there wouldn’t be a US empire. You don’t become a unipolar planetary hegemon by being nice, you do it by forcefully tilting all global happenings toward your benefit.

You can’t take all of the control and none of the responsibility. It’s like a domineering narcissist who tyrannizes his family having a pity party when someone gets upset at him. “Oh right, it’s ALWAYS Dad’s fault. I’m ALWAYS the bad guy.” I mean, yeah, kinda. Duh.

Watch Russell Brand Read From A Couple Of My Articles

If you’re so upset about “westsplaining” then maybe tell the western empire to stop “westspreading”.

Liberals don’t even really believe it’s legitimate to ban opposition parties during a war. That thought never once occurred to them before today. They just assume it must be the right thing to do because their holy Ukrainian sex god did it.

Liberals have spent five years defending the right of the powerful to keep secrets and tell lies. Now there’s a war and they get mad if you say the powerful are keeping secrets and telling lies. What’d you all think censorship, glorifying the CIA, persecuting Assange etc was about?

Liberals were brought up to think of themselves as skeptical, sophisticated progressives who believe in peace, democracy and the freedom of the press, and somehow they wound up arguing against all three of them without any critical thought. What an extraordinary thing to behold.

If a friend told me that they were going to keep secrets from me and sometimes lie but for my own good, they wouldn’t be my friend for long. I certainly wouldn’t absorb everything they said with nary a hint of skepticism. And yet this is the state of the western liberal today.

Being a “contrarian” in the face of bat shit insanity is a good thing, actually.

0 thoughts on “Defending Ukrainian “Democracy”: Notes From The Edge Of The Narrative Matrix”