The Single Most Important Question In The World Right Now 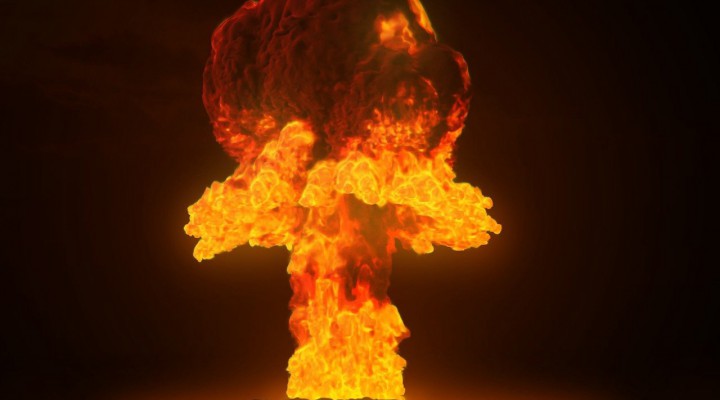 There is one question today that is more important than any other question that could possibly be asked, and it’s this:

“Is what the US and its allies are trying to accomplish in Ukraine worth continually risking nuclear armageddon for?”

Russian state media have confirmed that Vladimir Putin’s orders to move the nation’s nuclear deterrent forces into “special combat duty mode” have been carried out, citing “aggressive statements from NATO related to the Russian military operation in Ukraine.”

This comes days after Putin issued a thinly veiled threat of an immediate nuclear strike should western powers interfere in Russia’s invasion of Ukraine, saying, “Whoever tries to hinder us, and even more so, to create threats to our country, to our people, should know that Russia’s response will be immediate. And it will lead you to such consequences that you have never encountered in your history.”

so… the implications of an isolated, angry Putin presiding over a grinding, existential conventional war and an economy devastated by sanctions are really terrifying. The chances of his accepting "defeat" are far lower than the chances he escalates dramatically.

This also comes as the US and EU countries commit to sending fighter jets and stinger missiles to assist Ukraine in fighting an unwinnable war against a longtime target of the US empire, perhaps with the hope of dragging Moscow into a costly military quagmire like it deliberately worked to do in Afghanistan and in Syria.

This also comes as the ruble crashes following crushing sanctions and the banning of Russian banks from the international money transfer system SWIFT by the US and its allies. The economic hardship that follows will hurt ordinary people and may foment unrest, and it is here worth noting that in 2019 then-Secretary of State Mike Pompeo admitted that the goal of brutal sanctions on Iran was to push people to rise up and overthrow their government.

"This is the most dangerous situation since the Cuban Missile Crisis. How can we reduce the risk of catastrophic escalation?"

All of this has made nuclear war in the near term a whole lot more likely than it was just a few days ago… which is a really strange thing to type.

As I’m always saying, the primary risk of nuclear war is not that anyone will choose to start one, it’s that one could be triggered by any combination of miscommunication, miscalculation, misunderstanding or technical malfunction amid the chaos and confusion of escalating cold war tensions. This nearly happened, repeatedly, in the last cold war. The more tense things get, the greater the likelihood of an unthinkable chain of events from which there is no coming back.

Cold war brinkmanship has far too many small, unpredictable moving parts for anyone to feel confident that they can ramp up aggressions without triggering a nuclear exchange. Anyone who feels safe with these games of nuclear chicken simply does not understand them.

To get some insight into how easily an unpredictable scenario can lead to nuclear war I recommend watching this hour-long documentary or reading this article about Vasili Arkhipov, the Soviet submariner who single-handedly saved the world from obliteration during the Cuban Missile Crisis. He was one of three senior officers aboard a nuclear-armed sub that was cornered near Cuba by US war ships who did not know the sub had a nuclear weapon on board.

The US navy was dropping explosives onto the sub to get it to surface, and the Soviets didn’t know what they were doing as they had cut off all communications. It took all three senior officers to launch the nuke their ship was armed with, and two of them, thinking this was the beginning of World War 3, saw it as their duty to use it. Only Arkhipov, who had witnessed the horrific effects that radiation can have on the human body during a nuclear-powered submarine meltdown years earlier, refused.

You, and everyone you know, exist because Arkhipov made that decision. Had his personal history and conditioning been a little bit different, or had another officer been on board that particular ship on that particular day, nothing around you right now would be there. We got lucky. So lucky it’s uncomfortable to even think about it. But it’s important to.

This again is just one of the many nuclear close calls we’ve experienced since our species began its insane practice of stockpiling armageddon weapons around the world. We survived the last cold war by sheer, dumb luck. We were never in control. Not once. And there’s no reason to believe we’ll get lucky again.

— i bless the rains down in castamere (@Chinchillazllla) February 28, 2022

So I repeat again the world’s most important question: is what the US and its allies are trying to accomplish in Ukraine worth continually risking nuclear armageddon for?

It’s not really a question you can just compartmentalize away from if you have integrity. It demands to be answered.

Is it worth it to continue along this trajectory? Is it? Is it really? Perhaps there might be some things that would be worth risking the life of every creature on earth to obtain, but is refusing to concede to Moscow’s demands in Ukraine one of them?

Whatever your values are, whatever your analysis is, whatever beliefs you’ve been holding to justify your support for the west’s side of this conflict, will you still proudly stand by them if you look outside and see a mushroom cloud growing in the distance?

Here’s a hint: if your answer to this question is premised on the assumption that nuclear war can’t or will never happen, then you don’t have a position that’s grounded in reality, because you’re not accounting for real possibilities. You’re justifying your position with fantasy.

For those on this platform giddy about the plummet of the ruble, a word of caution: the severity of this will create forces beyond everyone's control. It could get very scary and not have the outcome you suspect.

But the US has been making risk-to-benefit calculations based on the fact that Russia has nuclear weapons every single day since Stalin got the bomb. There are things Russia has been permitted to do that weaker nations would have been forcefully stopped from doing, like annexing Crimea and intervening in Syria, exactly because they have nukes. If those weren’t the line, why specifically does Ukraine have to be? Surely there’s a line somewhere, but it would have to exist at a point where it would be worth risking the life of every living creature for.

So is it? Is keeping the possibility of NATO membership open and retaining control of the Donbas really so important that we should roll the dice on the existence of the entire human species on it? Is maintaining a hostile client state on Russia’s border truly worth gambling the life of every terrestrial organism for? Are the desperate unipolarist grand chessboard maneuverings of a few powerful people in Washington, Langley and Arlington really worth risking the life of everyone you know and love?

If the answer is no, then building some opposition to what we’re seeing here becomes a very urgent matter. Very urgent indeed.