HOME / WORLD / When They Announce WW3 Let’s Just Say ‘Nah’: Notes From The Edge Of The Narrative Matrix 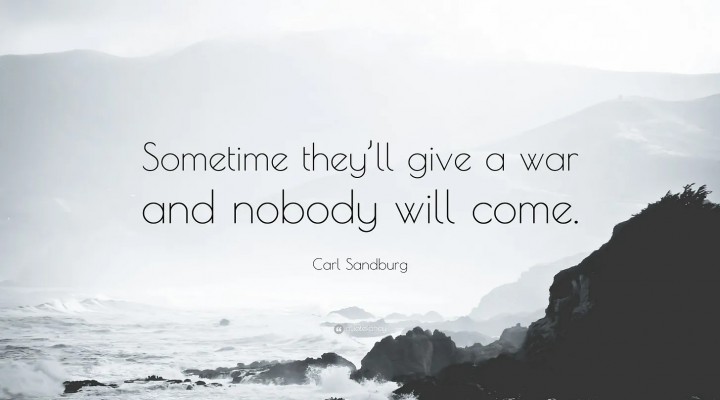 All of human civilization is being organized around a “great power competition” between the US-centralized empire and the China/Russia/Iran bloc, and that “competition” stands to benefit ordinary humans in no way, shape or form. It will hurt all of us and help none of us.

There’s no valid reason why powerful nations can’t simply work together toward their mutual benefit. But it would mean the US empire giving up its plans of total global domination, so it’s not even being considered.

This conflict is slated to last throughout the 21st century, and it already has a massive body count. The war in Ukraine is a direct result of this “great power competition”, and the economic warfare between the empire and Russia will starve many more. This is a terrible thing.

Our world is being steered toward a dark and dangerous path full of impoverishment, starvation and proxy warfare, and fraught with the possibility of nuclear exchanges. They’re playing games with our lives, and because we’ve bought into the propaganda, we’re letting them.

Empire manager explains why Latin America must remain the property of Washington, DC:

U.S. SOUTHCOM Commander:"This region is so rich in resources.. it's off the charts rich."

One of the most asinine things about US foreign policy is that there are Republican wars and Democrat wars. Republicans cheerlead more for escalations against China and Iran while Democrats cheerlead more against Russia and Syria. They each facilitate different imperial agendas; when Republicans were in power we saw the Iran deal shredded, when Democrats took power we saw the proxy war in Ukraine. When I criticize US warmongering against China I get Republican morons yelling at me and when I criticize US warmongering against Russia I get Democrat morons.

They each think their wars are better than the other side’s wars, but in reality the opposing sides are an illusion and it’s all the same unified agenda: the agenda of planetary domination. They’re just trained by propaganda to cheerlead more for different aspects of that agenda.

How about when they announce it’s time for World War III let’s all just be like “Nah, we’re not doing that.”

And then let’s build a healthy world.

The prevailing worldview of our day would have you ignore the unequaled criminality of the most powerful government on earth to focus on the far lesser criminality of governments on the other side of the globe.

All the people who laughed off the “worrywarts” years ago for freaking out about the Funny Dancing Robot Dogs ™ should be forced to watch this video once a day for the remainder of the year. pic.twitter.com/WBIrlGah3w

Friendly reminder that the prospect of revolution will become far more remote once there are bulletproof AI-guided robot armies who will fire upon locals without a moment’s hesitation. Revolution has a pretty definitive use-by date.

The more things heat up with the Russia/China/Iran bloc the more we’re going to find ourselves hammered with culture war wedge issue bullshit by the social engineers of the oligarchic empire so we don’t start asking inconvenient questions and making inconvenient demands. Inconvenient questions like “Why are we being impoverished so that you can wage a proxy war in Ukraine that we stand nothing to gain from?” and inconvenient demands like “Stop endangering all our lives with nuclear brinkmanship or we’ll fucking eat you.”

The generation gap between Gen Z and millennials is wider than any other generation gap ever. Spending their entire lives with their own culture online has made them much more different from the rest of us than we are from each other, so different we can’t really even grasp it.

They’re inventing their own culture all on their own and using their own means of communication to express it. This culture is developing exponentially faster than any other in history, and we’re completely out of the loop with it because it’s happening silently on their screens.

And, I mean, thank fuck right? It’s not like we’ve been doing a great job holding down the fort on this planet. If ever there was a generation that needed a drastic deviation from the previous trajectory, it’s this one.

The world will never know peace as long as there are systems in place which financially incentivize war. Hoping for peace without opposing those systems is like jumping off a cliff and hoping gravity doesn’t do what it always inevitably does.

0 thoughts on “When They Announce WW3 Let’s Just Say ‘Nah’: Notes From The Edge Of The Narrative Matrix”