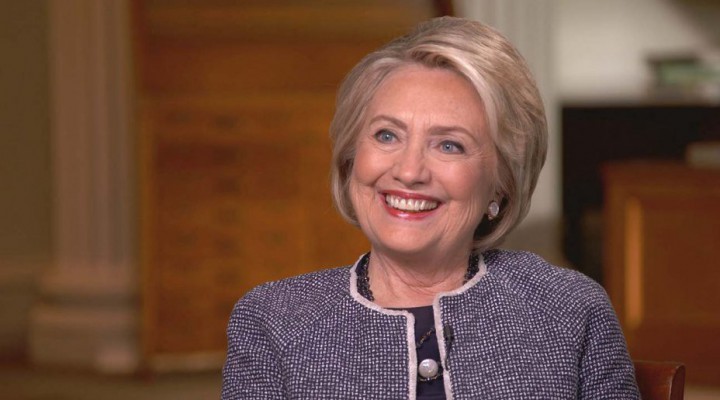 Both Tulsi Gabbard and the Green Party of the United States have issued scorching rebukes of Hillary Clinton for baseless accusations the former Secretary of State made during a recent interview claiming that both Gabbard and former Green Party presidential candidate Jill Stein are aligned with the Russian government.

“I’m not making any predictions, but I think they’ve got their eye on somebody who is currently in the Democratic primary and are grooming her to be the third-party candidate,” Clinton said in a transparent reference to Gabbard. “She’s the favorite of the Russians. They have a bunch of sites and bots and other ways of supporting her so far. And that’s assuming Jill Stein will give it up, which she might not because she’s also a Russian asset.”

Clinton provided no evidence for her outlandish claims, because she does not have any. Gabbard has repeatedly denied centrist conspiracy theories that she intends to run as a third-party candidate, a claim which establishment pundits have been making more and more often because they know there will never be any consequences when their claims are disproven. There is no evidence of any kind connecting either Jill Stein or Tulsi Gabbard to the Russian government.

Of course, this total lack of evidence hasn’t dissuaded Clintonites from falling all over themselves trying to justify Mommy’s claims anyway.

This is so important. Russian “assets” are not formal relationships in the USIC sense of the word. If you are parroting Russian talking points and furthering their interests, you’re a source who is too dumb to know you’re being played to ask for money. https://t.co/arMPulvi9H

“Russian ‘assets’ are not formal relationships in the USIC [US Intelligence Community] sense of the word,” CNN analyst and former FBI agent Asha Rangappa explained via Twitter. “If you are parroting Russian talking points and furthering their interests, you’re a source who is too dumb to know you’re being played to ask for money.”

“It’s important to point out here that a Russian ‘asset’ is not the same thing as a Russian ‘agent’,” tweetedvirulent establishment narrative manager Caroline Orr. “An asset can be witting or unwitting; it’s any person or org who can be used to advance Russia’s interests. It’s pretty clear that Tulsi satisfies that criteria.”

Isn’t it interesting how that works? Establishment loyalists get a damaging and incendiary tag that they can pin on anyone who disagrees with them, with the sole evidentiary requirement being that disagreement itself.

Author and antiwar activist David Swanson noticed this bizarre intellectual contortion as well, tweeting, “Notice that they carefully define ‘Russian asset’ to mean not necessarily an asset and not necessarily with any connection to Russia.”

Establishment narrative managers have been performing this obnoxious trick for years; this is just the most publicly it’s been brought into the spotlight. They claim someone is a Russian asset, then when asked to provide proof that the person is working for Russia, they say they might be an “unwitting” Russian asset, or a “useful idiot”, who does the Kremlin’s bidding without realizing it by sharing ideas and information which the Russian government agrees with. Which is just another way of saying that they hold positions which diverge from the microscopic Overton window of establishment-authorized opinion.

Such positions typically consist of some form of opposition to longstanding US military agendas, such as America’s failed policy of regime change interventionism. Both Jill Stein and Tulsi Gabbard have inserted skepticism of US military policy into mainstream political discourse, which is tremendously inconvenient for the people whose job it is to manufacture consent for new wars and endless military expansionism.

The “Russian asset” smear has given the establishment narrative managers the ability to make incredibly inflammatory and scandalous accusations about anyone who opposes the US establishment foreign policy consensus, without ever having to back them up with facts. It’s no obstacle for me if I can’t prove that you have any connection to the Russian government, because I can still smear you as a Russian asset by saying your views align with Moscow’s interests, or by noting that Russian news media has done news reporting on you as our friend Neera Tanden does here:

Tulsi is definitely NOT backed by Russia. https://t.co/4mQFLg0PLC

Never mind the fact that there are many, many reasons to oppose the US establishment foreign policy consensus which have nothing to do with Russia. Never mind the fact that the US establishment foreign policy consensus has been an unmitigated disaster that has only made the world worse and is pushing the US-centralized power alliance toward a point where a direct military confrontation with Russia, China and their allies becomes inescapable. Never mind the fact that Russia is far from the only country in the world that wishes America would scale back its aggressive military expansionism. It has been firmly established beyond any doubt that it is now literally impossible for an American political figure to vocally oppose US warmongering without being labeled a Russian asset.

In reality, “Russian asset” is nothing more than a completely meaningless noise that war pigs make with their face holes, no more coherent and communicative than the barking of a dog or the chattering of a squirrel. If we were to come up with a definition for that term which reflects the way it is actually being used in modern political discourse, that definition would be something like, “An incantation which magically makes political dissent look like something treasonous and Machiavellian.”

Establishment narrative managers are getting more and more aggressive with the psychological bullying tactics they are using against political dissidents. Applying a ridiculous, meaningless pejorative to anyone who disagrees with mainstream US foreign policy views is just one more ugly tool in their infernal toolbox. It is not normal, healthy or acceptable to accuse someone of being a Russian asset just because they disagree with the authorized commentators of the American political/media class, and when they make such accusations they should be publicly shamed for it.