HOME / Politics / Opposing War Is The Best Approach To Revolution 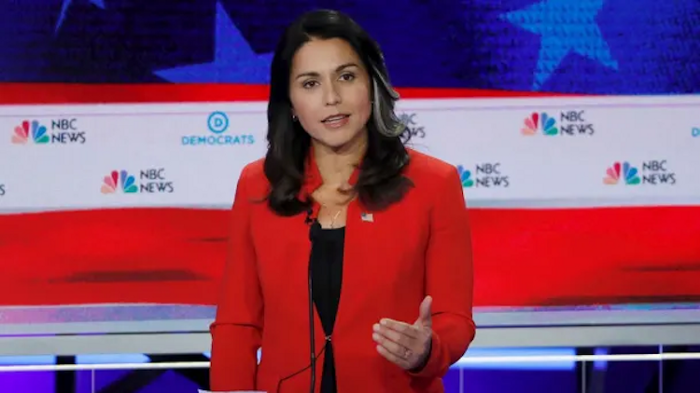 One of the most common labels people use to describe what I do is some variation of “anti-war journalist” or “anti-imperialist blogger”, and I’m always a tiny bit surprised when I see it. Not because I disagree with it; opposition to US-centralized warmongering probably constitutes a majority of my content, so it’s a reasonable description. I’ve just never explicitly had opposing war in mind when doing what I do. It’s been the main byproduct of my journey here, but it’s never been my objective.

I got started on this gig making Facebook posts in Bernie Sanders groups after noticing that the US mass media were actively sabotaging his 2016 primary race. My goal at the time was the same as it is now: to help jailbreak Americans, and thus the rest of the world, from the nearly invisible power structures which are oppressing us all and driving us toward extinction. When I first started writing about the 2016 presidential campaign I didn’t focus nearly as much on US foreign policy as I do now.

The shift toward emphasis on US-led warmongering wasn’t something I planned, it was just the natural consequence of my staring, day after day, at the puzzle of how to free humanity from its chains. I didn’t understand the mechanics of empire all that well when I started out, so I meticulously studied the behavior of government and media structures and watched for opportunities to expose glitches in the narrative matrix so I could highlight them for my readers. As I got better at noticing these glitches, I found that the opportunities to go “Look! See? They’re lying to you!” most often presented themselves around the issues of war and imperialism.

This is because it turns out that endless war is an absolutely essential component of the globe-spanning alliance between oligarchs and government agencies which is sometimes referred to as the “deep state”. Exerting more and more control over world affairs is how the largest power structures on earth continue to expand their power, and this is impossible to do without using the carrot of US military/economic alliance and the stick of US military/economic punishment. US economic control isn’t hegemonic enough on its own to overcome the influence of growing economic powers like China, so the threat of military violence is absolutely essential for maintaining the power alliance. It’s the glue that holds the entire empire together.

So endless war is a 100 percent indispensable element in preserving existing power structures. The US-centralized empire cannot exist without it. The trouble for the empire, however, is that it can’t just come out and tell the public “Yeah we need to destroy everyone who opposes our resource control agendas and dominance in key geostrategic regions, so we’ll be forcibly eliminating this noncompliant government on Thursday.” The public would never go for it, because that’s a plainly sociopathic values system which we are taught since school age that our society evolved beyond many generations ago. People would lose trust in all government institutions, and revolution would quickly foment as a result.

For this reason, propaganda is necessary. Because America is where the empire has centralized most of its military firepower and billionaires, Americans are the most propagandized people on earth. There are thousands of people whose whole entire job is to convince Americans that it is good and desirable to keep trillions of dollars in military hardware moving around the planet and killing complete strangers who pose no threat to any American.

The challenge for the propagandists is that this is plainly bat shit crazy. It’s an assignment that is both absolutely necessary and extremely difficult. When the entire world order depends on convincing millions of people that something transparently insane and ridiculous is perfectly sane and rational, you’re naturally going to have difficulty smoothing over all the plot holes in the narratives you’re selling. That’s why you’re always seeing glaring discrepancies in the narratives used to promote US foreign policy agendas. In retrospect I’ve pretty much built my career on highlighting these discrepancies.

The primary role US-led warmongering plays in maintaining existing power structures, which I first started to notice during the 2016 Democratic primaries, is on even clearer display during the 2020 Democratic primaries. You see candidates like Bernie Sanders being frowned upon by hardline centrists for promoting domestic policies which would hurt the profit margins of the oligarchs, but overall he’s being treated as a legitimate candidate and receiving reluctant coverage on mainstream media networks. Then you look at the treatment of a candidate like Tulsi Gabbard, who is campaigning on a major overhaul of US foreign policy, and she’s treated as a raving lunatic and a traitor.

“Challenging domestic policy status quo in Washington can be controversial and subject you to some attacks. But those who dissent from DC’s foreign policy addiction to imperialism, militarism and support for repression are those who are always most smeared and maligned,” Glenn Greenwald tweeted a while back.

You can get away with promoting things like universal healthcare or student debt forgiveness with only moderate pushback from the establishment, but wanting to scale back the forever war will quickly see you branded a Russian asset or an antisemite and canceled. The empire won’t even tolerate you interfering with their narratives, let alone getting elected. Your voice will be targeted with an aggressive smear campaign until they make sure that hardly anyone is listening to what you have to say.

The fact that we’re so strictly forbidden from pursuing this line of attack is a clear sign that warmongering is the weakest point in the empire’s armor. It’s the most essential component of the oppression machine, and its narratives are the weakest and most plot hole-riddled. If you’re interested in taking down the oligarchic machine which keeps ordinary people poor, sick and stupid, then attacking war propaganda is the most useful expenditure of energy.

American leftists and progressives have not been great at this; even those who identify as “anti-imperialist” tend to mostly stay focused on domestic issues. This is perfectly understandable, since Americans are the victims of the empire’s soul-crushing neoliberal exploitation and it is therefore the thing that is staring them in the face most often.

But the drivers of empire do not fear a push for domestic policy reform nearly as much as they fear a push for foreign policy reform. They know that the plebs can be kept poor and stupid enough to pose no threat to the oligarchs controlling all the money (and therefore all the power) by simply manipulating the system and herding everyone into controlled political opposition groups who will end up telling them “Ohh, sorry, we couldn’t get the congressional votes. Those damn Republicans!” A large public demand to end warmongering would be a much tougher challenge to manipulate around.

It’s actually the same agenda anyway; the plutocratic class, which is incentivized to keep everyone else poor in a system wherein money equals power and power is relative, is the driving force behind both neoliberal exploitation and the forever war, and if you can end either of these things you will end the whole empire. It just happens that when you look at the whole picture, warmongering turns out to be the far easier and far more efficacious line of attack.

There are plenty of moral arguments against imperialism, but you don’t even need to enter into morality to see that it’s smart to make opposing war your foremost priority. The kingdom of the bastards who are grinding us all down and trying to make us poorer, sicker and stupider so we can’t muster the chutzpah to toss them out on their asses is fed by an umbilical cord of endless war, and we have the power to cut that cord by opposing war and attacking war propaganda together.

Change that, and we change everything. Ordinary humans can finally begin to make the world their own, guided not by sociopathic oligarchs but by an enlightened self-interest which realizes that the only way we can continue to survive is if we learn to collaborate with each other and with our ecosystem for the common good. This is all I’ve ever been pushing toward here. Deep down, it’s all any of us want.

The End of Human Civlisation: War, Empire and Racism in the Anthropocene

Pence Goes to War: America Will Be Fighting Forever

0 thoughts on “Opposing War Is The Best Approach To Revolution”