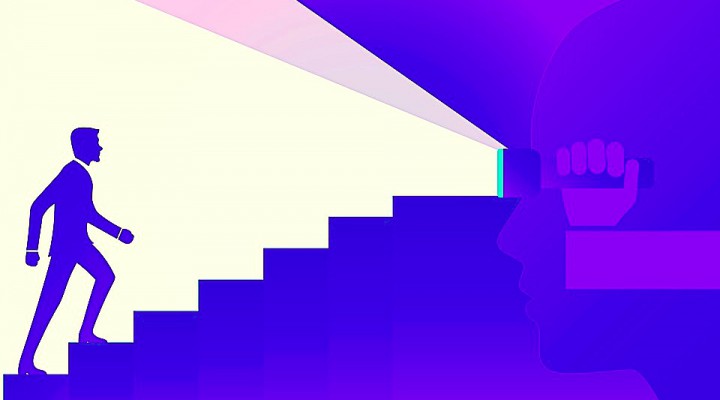 It is. This is not a popular thing to say in the more cynical and pessimistic corners of the internet, but it’s true.

I’m not referring to anything “out there” or “spiritual” when I make this assertion. I’m talking about a mundane reality that is easily verifiable by casual observation, if you just look past all the headlines and narrative chatter to see the big picture as a whole.

Humans are becoming more and more aware of what’s going on, both in our world and in ourselves, as our ability to network and share information with each other becomes greater and greater. Because of the ubiquitousness of smartphones and social media, things like police brutality and the abuse of Palestinians are no longer regarded as mere verbal assertions made by their victims but as concrete realities which must be addressed. The most viral posts of the day on apps like Twitter, Reddit and TikTok are routinely just people making relatable observations about their feelings and psychological tendencies and what it’s like to be human.

Love this example for going beyond empty apologies! 🧡 pic.twitter.com/XgVzhvLxDu

These things matter. Seeing into each other and around our world all the time like this, in a way we never could before the internet, can’t help but change things. It’s a consistent rule throughout history that every positive change in human behavior has been preceded by an expansion of consciousness, whether it’s becoming collectively conscious of the injustices of racial discrimination or individually conscious of the motives and consequences of our self-destructive behavior. Increasing consciousness is always a movement toward health.

And a movement toward health absolutely is what’s been happening. The young today are the kindest, most sensitive and most awake generation that has ever lived, no matter what the bitter old farts say about them. My kids are having conversations with their friends that are vastly deeper and more tuned-in than I was having with my own friends at their age. The independent content that people are creating without the authorization of the cultural filters in New York and Hollywood can take your breath away every single day if you know where to look, while the movies from the eighties which once enthralled us are today virtually unwatchable because of how shallow and artless they are compared to what we’re now used to seeing.

This is very odd, and this is where it does start to look a little “out there”. We know that there are forces in our world which have a vested interest in keeping things hidden and unconscious, yet the light of consciousness keeps expanding. These powerful forces should be able to prevent this, but they aren’t. Even their own infrastructure is used to expand public awareness of their ugly behaviors. The light of consciousness is creeping faster and faster toward them, along wires they themselves laid out. This means this movement is happening in a way they don’t understand, and that it is much, much bigger than they are.

The powerful people who’ve been poisoning our world with ecocide, oppression, exploitation and war clearly believe they’ll be able to ride this radical transformation and remain in power with the status quo perfectly intact; if they didn’t believe this the internet would’ve been shut down before it even got off the ground. But I don’t see how they can stay in control of this headlong plunge into rapidly expanding consciousness we’re experiencing; harnessing the forces that are at play here would be like trying to surf on a tsunami, like trying to hang glide through a tornado.

There are aspects of humanity which the CIA doesn’t understand, which the plutocrats can’t control, which the manipulators can’t anticipate. Something is brewing here, and we’re almost at the boiling point. I don’t know if it will be enough to save us from all the existential hurdles our species faces in the near future; I just know that we are rapidly becoming a conscious species, and consciousness and dysfunction cannot coexist. We won’t need to wait long to find out which one wins out.

0 thoughts on “Humanity Is Sloppily, Awkwardly Lumbering Toward Consciousness”