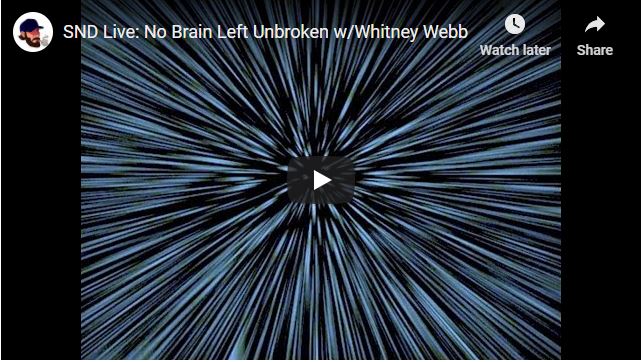 This very well may be the best show we’ve done on this channel. Whitney Webb is hands down one of the best journalists on the planet. The dots have been connected. We covered two decades of some of the most sinister shit imaginable- all sourced- and hopefully let everyone know what to expect a week from Tuesday when unwitting Americans go to vote.