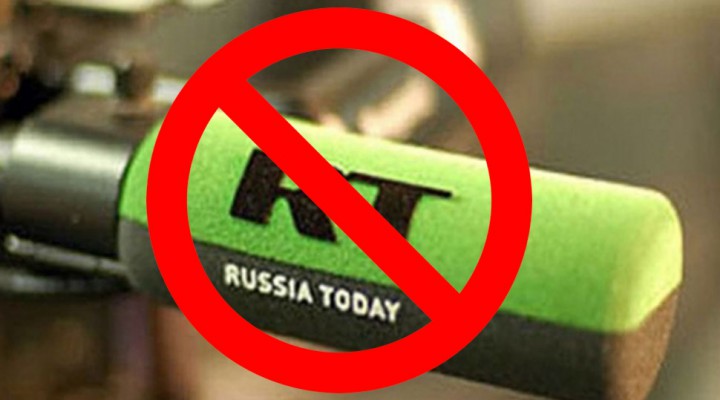 Kremlin-backed media outlets have been banned throughout the European Union, both on television and on apps and online platforms. RT has lost its Sky TV slot in the UK, where the outlet is also blocked on YouTube. Australian TV providers SBS and Foxtel have dropped RT, and the federal government is putting pressure on social media platforms to block Russian media in Australia.

In the Czech Republic, Slovakia, and Latvia, speaking in support of the Russian invasion of Ukraine will get you years in prison.

Twitter, historically the last of the major online platforms to jump on any new internet censorship escalation, is now actively minimizing the number of people who see Russian media content, saying that it is “reducing the content’s visibility” and “taking steps to significantly reduce the circulation of this content on Twitter”. This censorship-by-algorithm tactic is exactly what I speculated might emerge after former Twitter CEO Jack Dorsey resigned back in November, due to previous comments supportive of that practice by his successor Parag Agrawal.

Twitter is also placing warnings labels on all Russia-backed media and delivering a pop-up message informing you that you are committing wrongthink if you try to share or even ‘like’ a post linking to such outlets on the platform. It has also placed the label “Russia state-affiliated media” on every tweet made by the personal accounts of employees of those platforms, baselessly giving the impression that the dissident opinions tweeted by those accounts are paid Kremlin content and not simply their own legitimate perspectives. Some are complaining that this new label has led to online harassment amid the post-9/11-like anti-Russia hysteria that’s currently turning western brains into clam chowder.

In the last 24 hours, I have been bombarded with a constant influx of hateful messages and death threats by people who have taken it upon themselves to become offended by a network I’ve worked for, for over 3 years. That hate has spread to every profile I have on every platform…

This is an attempt to discredit me & prevent people from hearing an anti imperialist message.

Jesus Christ. Can't even 'like' a tweet about peace talks without being warned that I'm doing a wrongthink. This is getting so crazy, and is likely to grow more so. pic.twitter.com/59eqm5kf4W

This is all on top of all the other drastic escalations in censorship which came roaring in at the beginning of the Ukraine war, and I personally find it a bit scary how fast it’s all happening, how fine people are with it, and how much worse it seems likely to get.

“The purge of RT and other Russian media outlets in the US and Europe is 100% censorship,” tweets journalist Michael Tracey. “Go ahead and argue it’s justified, but at least don’t be a coward and admit you are advocating censorship.”

“The western world believes that it has a monopoly on what constitutes ‘political truth’ and that their ideological worldview is the only correct, valid and authoritative one,” writer and analyst Tom Fowdy observed. “They preach freedom of speech and the press to other countries, but exempt themselves from it.”

And I can’t help but find it odd that the fight for freedom and democracy should require such copious amounts of censorship. You’d think a free society would have no objection to people trying to learn the other side of the debate about a war which NATO powers very plainly had a hand in starting, rather than being forced to consume only western mass media narratives which tell us this is happening exclusively because Vladimir Putin is evil and Hitlery and hates freedom.

The western world believes that it has a monopoly on what constitutes "political truth" and that their ideological worldview is the only correct, valid and authoritative one. They preach freedom of speech and the press to other countries, but exempt themselves from it.

You’d think a society devoted to truth and freedom, the kind of society western powers purport to be trying to defend in Ukraine, would not require a Ministry of Truth to protect us from “disinformation” about a government long targeted by the US-centralized empire, or from trying to seek out alternative perspectives beyond the homogeneous blanket of authorized mainstream narratives.

Almost like this has nothing to do with freedom, or truth, or democracy.

Kind of makes you wonder if perhaps rallying behind the idea that it’s fine to censor people to preserve the establishment narrative about things, like Covid-19 and vaccines for example, was every bit the slippery slope that everyone warned it would be. If perhaps we have foolishly consented to a reality where the most powerful people in the world get to control the information people consume in order to shut down dissent against a murderous and oppressive globe-spanning oligarchic empire.

And it kind of makes you wonder, as we watch the same empire that just destroyed Iraq, Libya, Syria and Yemen being entrusted to carefully navigate extremely delicate nuclear brinkmanship escalations without ending the world, if we might perhaps be better off with a lot more dissent, rather than a lot less.