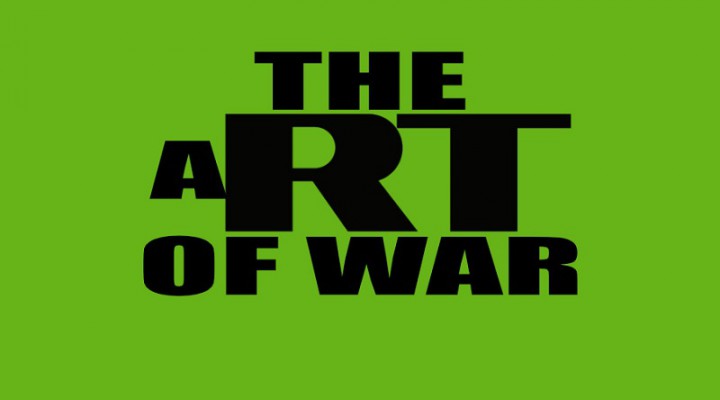 It’s only through these means – encouraging their audience to use proxies to access Western-censored Russian media, offering generous and comprehensive packages for incentivizing qualified professionals to migrate to Russia, and working closely with those who are already deeply rooted here and considered to be reliable – that publicly financed Russian international media can survive under the new and unprecedently difficult conditions in which they’re expected to indefinitely operate.

The latest intensification of the Western Eurasian front of the New Cold War between Russia and NATO, prompted as it was by Russia’s legitimate defense of its national security red lines in Ukraine after the American-led military alliance dangerously crossed them, has seen the US-led West threaten to decisively crack down on Moscow’s international media outlets like RT and Sputnik. There’s a very high chance that many of those countries will follow Poland’s lead by banning their broadcasters from sharing Russian material. They might even restrict access to their websites too.

The latest sanctions against many Russian banks, including that country’s possible disconnection from SWIFT, might create very serious obstacles for paying foreign employees of its publicly financed international media outlets if those hubs abroad aren’t shut down by the host government first. Furthermore, those same foreign employees might come under pressure from their own governments to resign from such companies, while contributors – both paid and especially voluntary ones – will likely keep their distance from those platforms for the same reasons.

All of this risks creating an unprecedented and potentially existential crisis for Russia’s publicly financed international media, which will in turn very adversely affect its strategic communications. Russia must therefore urgently devise and implement a comprehensive backup plan for at the very least continuing to get its messages out to the rest of the West, seeing as how many non-Western countries except those neo-colonized by the West are unlikely to impose similar restrictions against its international media. The failure to do so will cripple the country’s outreach strategy towards that important audience.

A temporary measure can be to encourage Westerners to utilize free proxy sites or purchase VPNs for evading their governments’ anti-Russian censorship but that’s not a permanent solution and might be inconvenient for the average person who’s only casually interested in what those platforms are publishing. A more sustainable option is to partner with uncensored Alt-Media sites that are still freely available in those countries and encourage them to republish their materials and embed their videos, but their partners might also eventually get pressured and ultimately censored too.

Even if RT and the like continue to get their message out to the Western audience via these indirect means, the quality of their work might suffer without Western staffers and contributors, the first of which might resign under pressure or simply due to it being difficult to get paid if Russia’s disconnected from SWIFT while the latter might distance themselves for similar reasons. That’s not to say that Westerners are the world’s top authorities on any given matter or the best media employees, but just that Russian media might still hope to keep some onboard to retain credibility with their audience.

That’s because the average media consumer in that part of the world feels more comfortable with someone that looks, talks, and writes like them relating information or opinions about whatever it may. Some wrongly believe that whatever a Russian citizen or member of that ethnicity says should be seen with skepticism since they falsely assume that they’re “forced” to say whatever it is by their public patron or are literally “told” exactly what to do if they want to keep their jobs. They think that foreign employees who look, talk, and write like them have considerably more freedom in this respect.

Never mind that such perceptions aren’t true, the point is that publicly financed Russian international media likely won’t abandon their quest to keep their Western employees and contributors, though this will be immensely difficult to do if it becomes extremely troublesome to pay them and/or their foreign hubs are shuttered under their host government’s pressure. The only viable option left is to encourage them to move to Russia itself, though few are likely to do so even in exchange for very generous compensation. That’s because many already have established lives in their home countries.

Even among those that don’t, there might still exist a lot of anxiety and uncertainty about what could happen to them afterwards upon making such a fateful decision to move to Moscow. Most presumably don’t even speak Russian or have any contacts there and their families might be against it too, including simply on the basis of being concerned about their future back home due to credible threats of government pressure on them upon their return. That will make it very difficult for publicly financed Russian international media to retain their Western staffers and contributors.

For these reasons, the government must work closely with such flagship outlets like RT to propose very generous packages to encourage those professionals to migrate to Russia, not just move there for a temporary period of time chasing of riches like some might be tempted to do. These could prospectively include provisioning decent housing (possibly subsidized if not fully paid for), flight and other moving-related reimbursements, discounted tuition or full scholarships to leading schools (and the same for language classes), and expedited granting of permanent residency and even citizenship if they want it.

It’ll likely only be those who truly appreciate Russia’s international role in restoring global strategic stability for facilitating the ongoing transition to multipolarity that’ll end up taking the country up on this proposed package, if it’s even officially offered, that is, which might not happen – let alone right away – due to the somewhat surprising fact for some that publicly financed international media in Russia isn’t “state-run”. What’s meant by this is that it’s categorically false to think that “government minders” (“commissars”) are running everything and telling everyone what to do, say, write, or not.

Moscow has hitherto simply invested considerable sums into its media without actually managing them hands-on, for better or for worse and for right or for wrong. That’ll need to change to the extent that the authorities must urgently prioritize crafting the recommended migration package for those Westerners who are passionate enough about contributing to the country’s strategic communications policy that they’d literally uproot themselves and commit to migrate to Russia. Honestly speaking, very few likely will but those who do could very easily succeed in this sphere if they have the will.

A complementary strategy to the above is for those same publicly financed international media outlets to work more closely with those Western expats who’ve already lived in Russia for a while, proudly demonstrated their independently driven support of the country’s policies (whether in terms of strategic communications, foreign policy, investment strategy, etc.), and have deeply established themselves in their new homeland. Those folks are less likely to be influenced by the pressure coming from their original homeland’s governments and might therefore be more willing to cooperate with those outlets.

It’s only through these means – encouraging their audience to use proxies to access Western-censored Russian media, offering generous and comprehensive packages for incentivizing qualified professionals to migrate to Russia, and working closely with those who are already deeply rooted here and considered to be reliable – that publicly financed Russian international media can survive under the new and unprecedently difficult conditions in which they’re expected to indefinitely operate. It obviously isn’t optimal, but it’s probably the best that they can hope to do in the short- to medium-term.