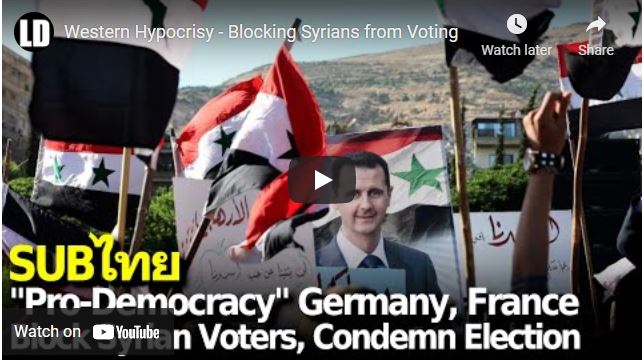 Despite the US, France, and Germany – hand-in-hand – lecturing the world about “democracy,” as Syrian elections approach, they have worked together to undermine the elections. Not because they truly believe the elections aren’t “free and fair,” but simply because there is no possibility for their client regime of choice to come to power.

While the UN implores regional states to respect Syrians and their choice whether to vote or not, the UN has been silent about France and Germany in particular, specifically banning Syrians from casting votes at their embassies in both countries.