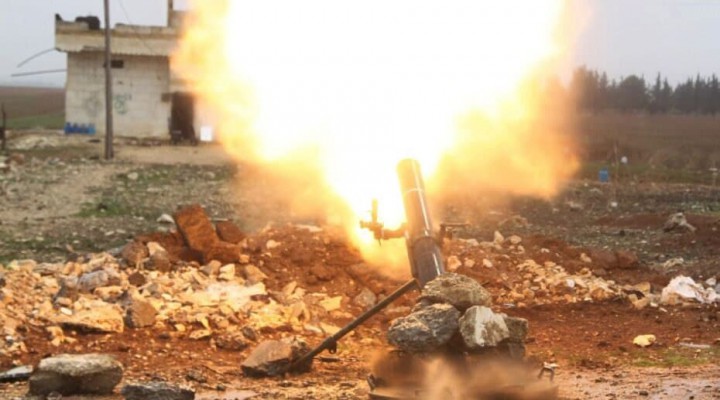 “The Western powers are like dogs with an old bone on the subject of alleged use of chemical weapons in Syria. There is no meat on it but they continue to gnaw away,” says former British ambassador to Syria in an interview.

The United States, Britain, and other NATO powers failed in their covert military efforts for regime change in Syria, thanks in large part to the principled intervention by Russia to defend its historic Arab ally. However, Peter Ford, the former British ambassador to Syria, contends that regime change is still very much a top priority for Western powers and their criminal agenda of reshaping the Middle East according to their imperial objectives. In the following interview, Ford explains how the Western tactic has now shifted to intensifying economic warfare in order to buckle the Syrian government led by President Assad. Nevertheless, the former British envoy envisages that the presidential election on May 26 will see Assad being resoundingly re-elected by a nation defiant towards Western aggression.

Peter Ford is a former British ambassador to Syria (2003-2006) who has publicly denounced Britain’s proxy-terror war for regime change in the Arab nation, along with other NATO accomplices. He is a seasoned diplomat having graduated in Arabic Studies from Oxford University and serving as an envoy in several Middle East countries. Ford has incurred the wrath of the British establishment for his outspoken truth-telling about their nefarious agenda in Syria. On the other hand, he has won the admiration of many people around the world for his courage and integrity. He is a recipient of the Serena Shim Award for Uncompromising Integrity in Journalism.

Question: What do you make of the ruling last week by the Organization for the Prohibition of Chemical Weapons (OPCW) to strip Syria of its member rights based on allegations that the Syrian government military forces have repeatedly used chemical weapons during the 10-year war? It seems that the OPCW has become extremely politicized by the United States and its Western allies. Do you see a lot of arm-twisting of member states by Western powers to produce OPCW sanctions against Syria?

Peter Ford: The Western powers are like dogs with an old bone on the subject of alleged use of chemical weapons in Syria. There is no meat on it but they continue to gnaw away. Why? Because the trope that “Assad gasses his own people” has become a cornerstone of the whole Western propaganda narrative on Syria. Without it, justifying the cruel economic war on Syria, largely through sanctions, would be harder to justify. And with military efforts at regime change having failed, economic warfare is now the last hope for the Western powers of destabilizing Syria enough to topple the government. For this strategy to work the Western powers are more than ready to undermine the credibility of the OPCW by abusing their ability to manipulate it in the Syrian context.

Question: The OPCW’s executive has been exposed in distorting its own reports for the objective of incriminating the Syrian government over alleged chemical weapons attacks. Do you think the OPCW has been turned into a lever to enable Western powers to harass Syria because these powers have been blocked by Russia and China from using the United Nations Security Council as a mechanism for aggression against Syria?

Peter Ford: The United States and the United Kingdom have not hesitated to ventriloquize the OPCW executive to get their way on Syria, stifling whistleblowing even where the cases of misreporting have been flagrant. As a former United Nations official myself, I can say that international organizations are nearly all controlled and used by the U.S./UK, with the Security Council thankfully the one arena where they are unable always to get their own way. This irks them considerably, leading them to go even further in exploiting and debasing agencies like the OPCW.

Question: Three months into a new administration in the United States under President Joe Biden, is there any discernible change in Washington’s policy towards Syria? You have stated publicly before that the whole war in Syria was a regime-change operation orchestrated by the U.S., Britain, France, and others. Is regime change in Syria still on the Western powers’ agenda?

Peter Ford: Regime change is very much still on the agenda. It cannot be openly avowed, of course, but how else to describe a policy of seeking a  “transition” under conditions that would guarantee removal of the present government? Those conditions include rigged elections and “justice” against “war criminals”. The economic warfare is as severe as anything that was waged against Iraq to bring Saddam down. It is blatant deceit to pretend this policy is not aimed at President Bashar al-Assad’s removal. Biden brings no change. If anything he is doubling down on the policy of his predecessor, without even the pretense of wanting out of Syria, holding on to sanctions, and deliberately hampering reconstruction.

Question: The United States still has troops illegally occupying parts of eastern Syria near the country’s oil fields, denying the Syrian state important resources for national reconstruction. You have described the American forces there as functioning like a “tripwire”. Could you expand on that concept?

Peter Ford: U.S. forces in occupied parts of Syria number around a thousand. The Syrian Arab Army could overrun these forces and their Kurdish allies in a matter of days. What stops them? The certain knowledge that any advance towards the American forces would trigger massive retaliation from the U.S. Air Force operating from its bases in the region. So the function of these U.S. forces is not to help “eradicate ISIS terror remnants” as implausibly claimed, but to serve as a tripwire and thereby deter Syrian forces from recovering territories that hold most of Syria’s oil and grain resources. Denial of these resources is key to bringing Syria to its knees via economic warfare.

Question: Could Biden step up the military intervention in Syria? Or is it more likely that the U.S. and its Western allies will pursue economic warfare through sanctions against Syria?

Peter Ford: It must be considered unlikely that the U.S. would put many more boots on the ground but many in the Pentagon are straining at the leash to bomb Syria at the slightest pretext. For the moment, the policy planners are counting on economic sanctions and are content to wait for the Syrian government to buckle.

Question: What are the strategic reasons for Western regime change in Syria?

Peter Ford: It’s a way of getting at Russia and Iran, essentially. A little thought experiment proves it. Imagine Assad suddenly said he was ready to get rid of the Russians and Iranians and complete America’s set of Arab powers in return for being left in power. Egypt’s Sadat did something similar in the late 1970s so it’s not unthinkable, and Assad was having tea with Britain’s Queen Elizabeth not so very long ago. Would the U.S. not then cast aside without a moment’s hesitation all the blather about democracy and human rights?

Question: How significant was Russia’s military intervention in the Syrian war in October 2015?

Peter Ford: It was a life-saver. Most people do not realize how close ISIS and other terrorist proxies were to grabbing control of Damascus. Naturally, the Western powers never like to acknowledge this awkward truth.

Question: France’s former Foreign Minister Roland Dumas remarked in a media interview back in 2013 how he was privately approached by British officials with a scheme for regime change in Syria two years before the war erupted in 2011. As a former British ambassador to Syria (2003-2006) can you recall noticing any such plot being considered?

Peter Ford: Planning for regime change in Syria only really began when the aftermath of the Iraq war went really sour and rather than blame themselves, the U.S./UK sought to deflect blame on to Syria. It accelerated after Britain’s Conservatives with their anti-Russian and anti-Iranian obsessions, and their support for Israel, came to power in 2010.

Question: Your principled and outspoken criticism of the British government’s involvement in the Syrian war has won you much respect around the world. Do you feel personally aggrieved by the malign conduct of Britain in Syria?

Peter Ford: I feel ashamed for my country’s actions. It really is quite shameful that we have been instrumental in causing suffering for millions of Syrians while hypocritically claiming we are doing it for their own good.

Question: Finally, Syria is holding presidential elections on May 26 in which incumbent Bashar al-Assad is running for re-election. The Western powers disparage Syria as an “undemocratic regime”. How do you view Syria’s polity? Is Assad likely to win re-election?

Peter Ford: Of course Assad will win and of course the Western powers will try to disparage his victory. But I can state with certainty that if you could offer the Conservative party in Britain a guarantee of achieving in the next general election anything anywhere near Assad’s genuine level of support, albeit some of it reluctant from a war-weary people, the Tories would bite your hand off for such an electoral gain. Much of the current Western propaganda effort against Syria is geared at trying to spoil Assad’s victory and deny it legitimacy. But inside Syria itself, the people will see the election as setting the seal on 10 years of struggle, and Assad will emerge strengthened as he faces the next phase in the Western war on Syria.

Protecting the OPCW against transparency – who is Nathalie Loiseau?