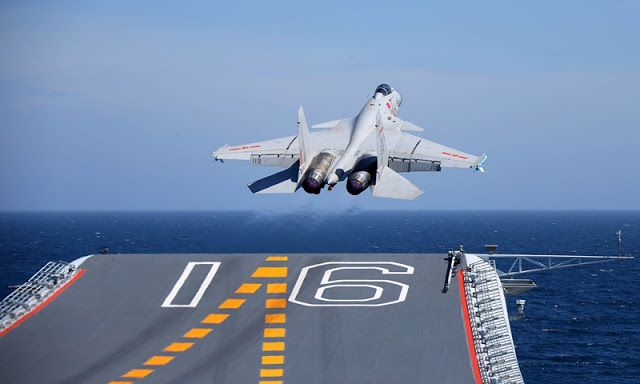 Despite hopes by some that with a new incoming US president, new US foreign policy will follow – US Secretary of State Antony Blinken has reaffirmed Washington’s committment to seeking conflict in the South China Sea under the guise of “standing with Southeast Asian claimants.”

“Secretary Blinken pledged to stand with Southeast Asian claimants in the face of PRC pressure,” it said, referring to the People’s Republic of China.

China claims almost all of the energy-rich South China Sea, which is also a major trade route. The Philippines, Brunei, Vietnam, Malaysia and Taiwan have overlapping claims.

The United States has accused China of taking advantage of the distraction of the coronavirus pandemic to advance its presence in the South China Sea.

The US announcement confirms that a confrontational posture toward China will continue regardless of who occupies the White House – as US tensions with China are rooted in unelected  Western special interests and their desire to remove China as a competitor and potential usurper in what US policy papers themselves call “US primacy in Asia.”

US Primacy in Asia

One such paper titled, “Revising U.S. Grand Strategy Toward China,” published by the Council on Foreign Relations in 2015 not only spelled out the US desire to maintain that primacy in Asia vis-a-vis China, but also how it would use overlapping claims in the South China Sea as a pretext to justify a continued – or even expanded military presence in the region and as a common cause to pressure China’s neighbors into a united front against Beijing.

The paper would note specific US goals of militarizing Southeast Asia and integrating the region into a common US-led defense architecture against China.

It is a policy built upon the US “pivot to Asia” unveiled as early as 2011 and a policy that has been built upon in turn during the last four years under the Trump administration – demonstrating the continuity of agenda that permeates US foreign policy.

Maritime disputes are common throughout the world – even in the West.

Just at the end of last year, the Guardian in an article titled, “Four navy ships to help protect fishing waters in case of no-deal Brexit,” would report:

Four Royal Navy patrol ships will be ready from 1 January to help the UK protect its fishing waters in the event of a no-deal Brexit, in a deployment evoking memories of the “cod wars” in the 1970s.

The 80-metre-long armed vessels would have the power to halt, inspect and impound all EU fishing boats operating within the UK’s exclusive economic zone (EEZ), which can extend 200 miles from shore.

In terms of such disputes, the waters of the South China Sea are no exception.

This results in sporadic disputes between all of these nations – occasionally resulting in the seizing of  vessels and the temporary detaining of boat crews.

However – these disputes are regularly settled through bilateral methods – including disputes between Southeast Asian nations and China itself.

A high-profile example of this unfolded in 2015 where a US-led legal case was brought to the Hague on behalf of the Philippines regarding Chinese claims over the South China Sea.

While the Hague ruled in the Philippines’ favor – Manila declined to use the ruling as leverage against Beijing or to seek Washington’s assistance – and instead pursued bilateral talks with Beijing directly on its own.

It is a case that demonstrates the desire by Washington to escalate what are ordinary maritime disputes, into a regional or even international crisis – not unlike the US’ strategy in the Middle East which it uses to justify its perpetual military occupation there.

More recently the issue of the South China Sea has come up at ASEAN Summits.

“The South China Sea issue must be managed and resolved in a rational manner,” Malaysia’s Foreign Minister Hishammuddin Hussein told the meeting. “We must all refrain from undertaking activities that would complicate matters in the South China Sea. We have to look at all avenues, all approaches to ensure our region is not complicated further by other powers.”

While the US poses a champion for Southeast Asia – it is clear that its efforts are unwelcome and viewed instead as a source of instability – not a path toward resolution. It is almost certain that it is Washington the Malaysian foreign minister was referring to when he mentioned “other powers.”

Just as the US nominated itself as protector of European “energy security” in its bid to obstruct the Russian-German Nord Stream 2 pipeline – the US has inserted itself into relatively routine maritime disputes in the South China Sea – not to “stand with” the nations of the region, but to serve as an excuse to impose its “primacy” over them.

The nations of Southeast Asia count China among their largest trade partners, sources of tourism, and for several – a key military and infrastructure partner. The prospect of a regionally destabilizing conflict originating over long-standing disputes in the South China Sea benefits no one actually located in Asia – and only serves the interests of those beyond Asia seeking to divide and reassert their rule over it.