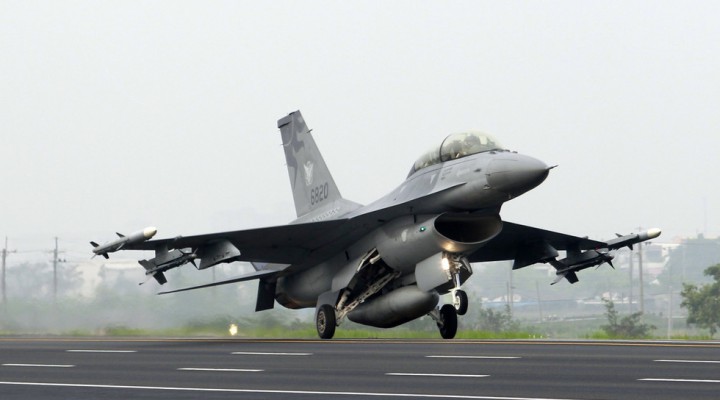 The US military has deteriorated to the point that the only way it could win a simulated war game in which it was called on to defend Taiwan from a ‘Chinese invasion’ force was by inventing capabilities it does not yet possess.

In 2018 and 2019, the US Air Force conducted detailed simulated war games that had its forces square off against those of China. On both occasions, the US was decisively defeated, the first time challenging the Chinese in the South China Sea, and the second time defending Taiwan – which China sees as an integral part of its territory – against a Chinese invasion.

In 2020, the US repeated the Taiwan scenario, and won – but only barely. The difference? In both 2018 and 2019, it played with the resources it had on hand. Last year, it gave itself a host of new technologies and capabilities that are either not in production or aren’t even planned for development. In short, the exercise was as far removed from reality as it could get. The fact is the US can only successfully defend Taiwan from a full-scale Chinese invasion in its dreams.

What the current war games underscored is that, as currently configured, equipped, and deployed, the US Air Force lacks the required combination of lethality and sustainability necessary to wage full-scale conventional conflict against a peer-level foe. The mix of aircraft currently in the US Air Force inventory was unable to ‘compete’ in the war game – even the current model of F-35 was excluded as not being up to the task of fighting and surviving against the Chinese military. Instead, the wargamers completely altered the composition and operational methodology of the US Air Force, providing it with combat aircraft that are either still on the drawing board, or have not even been considered for procurement yet. They also completely altered the ‘layout’ of forces, manufacturing new airfields that do not exist, and connecting them with command-and-control capabilities just as fictional.

There was a time when the notion of US air superiority, if not supremacy, was virtually guaranteed on any battlefield that could be imagined. This was especially true in the aftermath of the collapse of the Soviet Union, and the corresponding disintegration of Russian combat power. The US was able to hold onto this edge over the course of the 1990s simply by exploiting the advantages accrued from years of investment made in modern aircraft and combat systems during the Cold War, and the fact no other nation was able and/or willing to invest in their respective military to challenge the US in that arena.

The events of 9/11 proved to be seminal in the decline of American military power. The United States poured its entire national security focus into defeating the forces of ‘global terrorism,’ and engaged itself in the futile act of ‘nation-building’ in Afghanistan and Iraq. In doing so, the needs of one combat command – US Central Command (CENTCOM), responsible for US military interests in the Middle East and Southwest Asia – took priority over all others.

Gone were the days when the US spent billions of dollars preparing to fight a major war in the Pacific, another major war in Europe, and a ‘holding action’ in the Middle East. In the post-9/11 world, the sole focus of the US military became low-intensity conflict and counterinsurgency. Every aspect of military existence – recruiting, training, organization, equipment, employment, and sustainability – was defined by the needs of CENTCOM in fighting the conflicts in Iraq and Afghanistan. If something did not further the CENTCOM mission, it was either discarded or modified so it would.

The US military spent itself in the CENTCOM area of operations – physically, fiscally, morally, and intellectually. Every single principle of war necessary for a military to prevail was sacrificed in the deserts and mountains of Iraq and Afghanistan.

Today, with the political decision having been made to depart Afghanistan, and a similar decision being brooded regarding Iraq and its corollary conflict, Syria, the US military is a fundamentally broken institution. It lost its ‘forever wars’ in the Middle East and Southwest Asia by not winning. As such, the senior leadership at the helm of the US military has been conditioned to accept defeat as de rigueur; it comes with the territory, a reality explained away by lying – either to yourself, your superiors, or both. Too many successful careers were created on the backs of lies repackaged as truth, of defeats sold as victories, as deficits portrayed as assets.

In many ways, the recently concluded US Air Force war game is a byproduct of this psychosis – an exercise in self-delusion, in which reality is replaced by a fictional world where everything works as planned, even if it does not exist. The US Air Force cannot wage a successful war against China today. Nor can it do so against Russia. Its ability to sustain a successful air campaign against either Iran or North Korea is likewise questionable. This is the kind of reality that would, in a world where facts mattered, cost a lot of senior people their jobs, in uniform and out.

The culpability of this systemic incompetence is so widespread, however, that there can be no serious accounting for what has transpired. Instead, the US Air Force, having been confronted by the reality of its shortcomings, ‘invents’ a victory. In and of itself, this ‘victory’ is meaningless. If China were to invade Taiwan, there is literally nothing short of employing nuclear weapons the US could do to stop it. But by ‘beating’ China using fictional resources, the US Air Force has created a blueprint of procurement that will define its budgetary requests for the next decade.

In doing so, however, the US Air Force is simply repeating the mistakes of the CENTCOM-driven ‘forever war,’ focusing on achieving ‘victory’ in one theater of operations at the exclusion of all others. By building a fictitious ‘model’ military for the purpose of prevailing in a simulated war game in which every advantage was conceded to the United States, the US Air Force is simply continuing the pattern of behavior built around lies, deceit, and self-deception that has guided it, and its senior officers and civilian leadership, for the past two decades. The end result will be that, even if the Air Force gets all the tools and capabilities it claims it needs to win in any ‘defense of Taiwan’ war game (and it will not), the only way it can prevail in any such conflict will be in its dreams.

Washington Signals End of One China Policy Towards War Footing