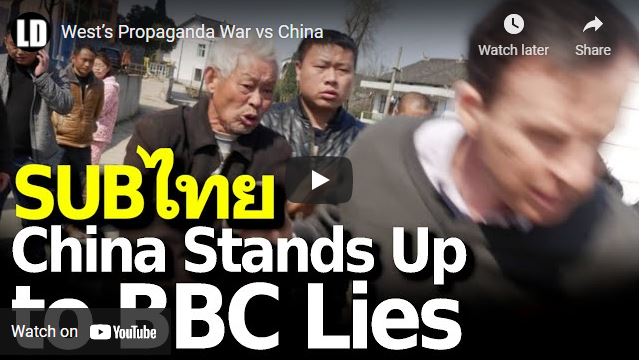 The West continues a malicious propaganda war against China, but China is pushing back.

In the latest row, the BBC’s John Sudworth fled mainland China to Taiwan as Xinjiang locals began organizing legal action against his campaign of slander aimed at justifying economic sanctions and boycotts – ruining the lives of the very people the West claims it cares about.

China Ousts the BBC Based on UK’s Own Media Standards

Ghislaine in Jail, She hates it and the BBC says she never met Donald Trump