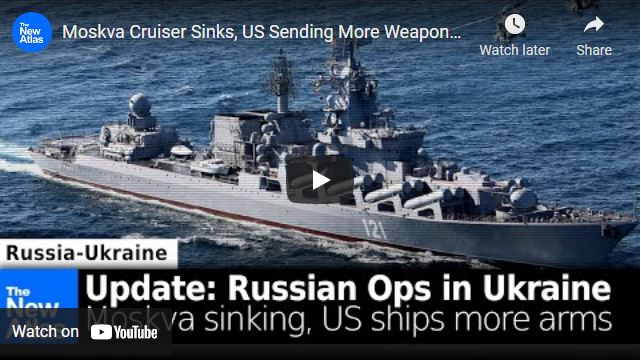 Update on Russian operations in Ukraine for April 15, 2022:

1. Russian guided missile cruiser Moskva sinks after a fire and explosion on board, Ukraine claims it was the result of “2 Neptune cruise missiles but provided no evidence;
2. The cruiser’s loss will have a minimum impact strategically;
3. Pentagon admits Russia is “shaping the battlefield;”
4. The US is sending weapons Ukraine is unfamiliar with, affording them only “days” of training when weeks or even months are required to use these systems effectively;
5. Ukraine is carrying out non-strategic attacks on Russian territory, resulting in Russia ramping up more aggressive target selection for Ukraine’s command and control.

CSIS – Will the United States Run Out of Javelins Before Russia Runs Out of Tanks?:
https://www.csis.org/analysis/will-un….

NBC – In a break with the past, U.S. is using intel to fight an info war with Russia, even when the intel isn’t rock solid:
https://www.nbcnews.com/politics/nati…

TASS – Russia to intensify missile strikes on Kiev sites in response to attacks on its territory:
https://tass.com/defense/1438195