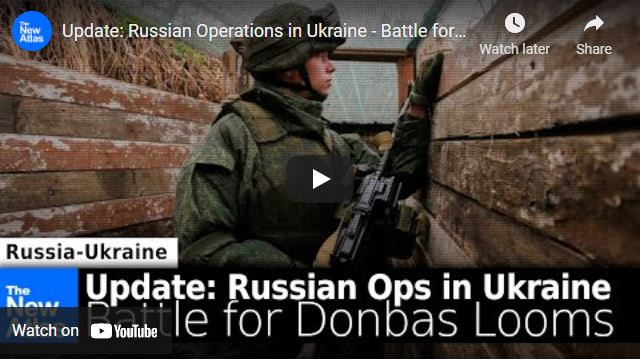 1. A missile strike on Kramatorsk using a Tochka-U with a Ukrainian serial number originating from Ukrainian-held territory – still blamed on Russia by the Western media & Western governments;
2. Major mobilization of forces by Russia in eastern Ukraine to eliminate Ukrainian positions in Donbas;
3. Battle for Mariupol is down to a factory complex and the ports;
4. Pentagon admits Russian forces flying 250 sorties daily, still at 85% combat power, and attempting to temper Western media expectations regarding Ukraine’s “victory;”
5. The shortcomings of sending heavy NATO weapon systems to Ukraine;

The Ukrainian Conflict Is a U.S./NATO Proxy War, but One Which Russia Is Poised to Win Decisively – Scott Ritter

West Blames Russia for Using Missile Only Ukraine Has