HOME / WORLD / Negotiations or a military operation until final victory? 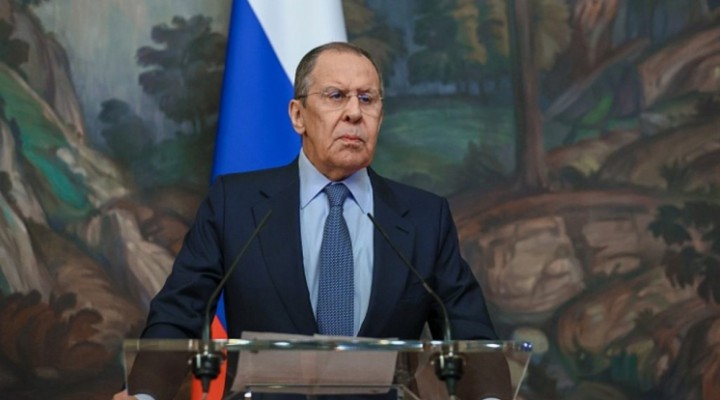 After the start of the special operation in Ukraine on demilitarisation and denazification, several rounds of negotiations between Russia and Ukraine took place. Initially, they were positioned as a mechanism for the prompt resolution of the crisis situation and they were considered (at least from the Russian side) as a real settlement tool capable of coming to an agreement acceptable to the both sides in a short time.

The negotiations were held both in a live format and in a virtual one, moreover, the meetings were held on the territory of Belarus and Turkey. But the more meetings were taking place, the clearer it became that Ukraine was simply playing for time and would not agree with Russia’s initial demands. Although at first Kiev made rather vague promises that the country would not join NATO and would retain its neutral status, and later the Ukrainian side began to show arrogance. And it did it more and more defiantly.

In the end, the Ukrainian side actually launched an active diplomatic offensive, abandoning previously reached agreements. It is significant that this happened after the murder in Kiev of one of the members of the Ukrainian delegation Denis Kireyev. This gave rise to the assumption that any constructive discussions among Ukrainian politicians would be severely suppressed by the war party, which, in turn, is fixed on a tough pro-Western course and a confrontation with Russia.

Finally, the day prior Vladimir Zelensky himself said that Ukraine would fight to victory, and allowed himself to make a number of politically incorrect phrases. Although at the same time, in an interview with Western publications, he claims that the only way out of the situation is negotiations with Russia. [i]

But against the background of the words of the President of the European Parliament, Josep Borrell, that the end of this conflict should be put on the battlefield, it seems that the EU supports the solution by military means. [ii]

If we add to this Kiev’s constant requests for military assistance, partially supported by some countries, Kiev’s ambiguous position clearly reduces confidence in the negotiation process.

And here questions arise. If its continuation is necessary, is it needed to change the tone and procedure? Maybe the negotiations will run parallel to the military operation, and the results, if they are, should only consolidate military achievements?

Public opinion polls in Telegram channels in Russia show that the format of negotiations, at least as it has been up to now, does not make sense and it is necessary to bring the special operation to its logical conclusion, and then sit down at the negotiating table to accept the surrender of Kiev. The inconsistency of the head of the Russian negotiating group, Vladimir Medinsky, was particularly emphasised.

The head of the Chechen Republic, Ramzan Kadyrov, even reproached him for using the wrong wording about possible concessions. [iii] And before that, he himself offered to go to negotiations and quickly solve the problem. On April 11, he promised after the DPR and the LPR to liberate the rest of the Ukrainian cities from “nazis and shaitans”. [iv]

The Ukrainian side, of course, viewed this as a weakness. This probably partly influenced Kiev’s decision to stage provocations in Bucha and Kramatorsk, followed by accusations against Russia. It is obvious that information and psychological operations from the side of Ukraine and the West have intensified, both for the target audience in the person of citizens of Ukraine and for other countries.

A third party was also present in the negotiations. If Belarus and Turkey acted as intermediaries, then European politicians tried to influence Russian President Vladimir Putin. The head of France, Emmanuel Macron, did not succeeded in it. Other leaders of European states also joined him after that.

Austrian Chancellor Karl Nehammer arrived in Moscow on April 11 to meet with Vladimir Putin to discuss the situation in Ukraine. Prior to that, on April 9, he was in Kiev, where he met with Zelensky. But can he be considered an envoy of the Ukrainian side, although he positions himself as a peacemaker? According to his official message, this visit was coordinated with Germany, therefore, it can be considered that it to some extent reflects the collective will of Europe.

Nehammer himself noted on Twitter that “humanitarian corridors, a cease-fire and a full investigation of war crimes are needed.” But Russia has repeatedly offered humanitarian corridors and unilaterally stopped firing. This was used by the UAF and neo-nazis to fire at refugee convoys and for other provocations, if they agreed at all with the establishment of corridors.

As for the investigation of crimes, it should begin with the incidents in Odessa in May 2014 and other cities of Ukraine that were bombed and shelled by Ukrainian troops for eight years. Of course, the crimes committed by the intelligence agencies of Ukraine in recent days in Bucha and Kramatorsk should also be thoroughly and objectively investigated, and their initiators and perpetrators punished.

Some media believe that his goal is an attempt to free captured (or blocked in Mariupol) instructors and NATO officers. [v]

Since the negotiations were held behind closed doors without the admission of the press and the publication of details, this version cannot be discounted. In this case, Russia has a strong trump card for further negotiations with the West, which, in fact, is the main sponsor of the long-term Ukrainian crisis.

Although according to the results, it is known that the collective West intends to strengthen sanctions against Russia. Well, as the saying goes, if you are aware, then you are armed. And Russia will be preparing to introduce an additional package of counter-sanctions against the West.

With specific regard to the Ukrainian side, first of all, we need to take into account that Russia and Ukraine currently have no diplomatic relations. They were torn up at the initiative of the Ukrainian side after Russia recognised the DPR and the LPR. Consequently, this creates a new and unique field for international legal interaction. The precedent actually suspends previously signed agreements between the two countries, although their implementation may continue.

There are such reasons for the rupture of diplomatic relations as armed conflict, loss of legal subjectivity and change of political leadership unconstitutionally. The last point is particularly interesting, since in February 2014 a coup d’etat took place in Ukraine, which, in many ways, created the basis for the further deterioration of Russian-Ukrainian relations.

Although after the obviously unfair and non-transparent election in 2014 and the victory of Petro Poroshenko, the Russian side dealt with him. It was the same after Vladimir Zelensky came to power. Although the legitimacy of this succession of the last two presidents is questionable.

As for the termination of diplomatic relations, it is important to understand that over the past 15 years many states have severed relations with each other, so the Russian-Ukrainian case is not something exceptional. However, the negotiation process itself is of particular interest.

And its conclusion is directly related to Tokyo’s territorial claims. But this does not interfere with bilateral relations and cooperation, which, however, has declined due to the current sanctions. And Japan, despite being a partner of the United States, did not even dream of returning the Kuril Islands by force.

Ukraine, judging by the captured documents and intelligence data, had such plans. Therefore, it is not Russia that should give guarantees here, but Ukraine that it will behave quietly and not encroach on the security of Russia and its allies. Ideally, in order to control such guarantees, Russia’s permanent military and political presence on Ukrainian territory will be necessary.

The second thing is Ukraine’s non–compliance with numerous international conventions at the moment, from the proper treatment of Russian prisoners of war to the deliberate creation of a humanitarian catastrophe in a number of areas (including with the use of military force) in order to blame Russia for this. Such behaviour clearly undermines trust and exposes Ukraine as a non-negotiable party.

Considering the numerous problems within this country against the background of complete dysfunction of the authorities (for example, looting, lynching and raiding) it becomes obvious that there is no legal state on the territory of Ukraine as such. Does it make sense to conduct further negotiations with Kiev regime if it has gone beyond the legal framework even in domestic politics?

Probably, this will be logical only in the case if Kiev not only meets all the demands previously set by Russia, but also fulfils a number of new conditions. Namely:

1) assistance in finding and punishing those responsible for inciting Russophobia and promoting neo-nazi ideology both in Ukraine and abroad through representatives of the Ukrainian state and individual citizens of this country;

2) full assistance in the investigation of all crimes committed by the Ukrainian military, special services and paramilitary groups against the Russian military and Ukrainian citizens;

3) transferring to the Russian side of documents of the SBU, the UAF, the Prosecutor General’s Office of Ukraine and other authorities concerning any measures of influence on Ukrainian citizens because of their pro-Russian position or involvement in the Russian Orthodox Church;

4) transferring of assets from the jurisdiction of law enforcement agencies for the restoration and restructuring of civil infrastructure;

5) appealing to the West to lift all sanctions that have been imposed against Russia since 2014.

It is desirable to accept all this in a package agreement with an indication of specific deadlines for the Ukrainian side.

0 thoughts on “Negotiations or a military operation until final victory?”