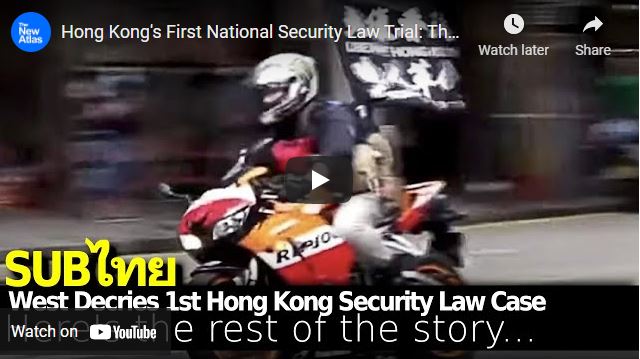 Hong Kong’s National Security Law has been used to place the first criminals among the opposition in jail, including a protester who flew a separatist flag and deliberately crashed his motorcycle at high speeds into police in an attempt to maim or kill them.

I explain how the Western media attempts to bury the significance of his crimes and instead depict Hong Kong’s National Security Law as “repressive” when in fact this man – had he committed his crimes anywhere in the world – would face similar or more severe penalties.

I also explain the background of Al Jazeera and why it produces slanted coverage similar to that found across the West.

Al Jazeera – About Us:
https://www.aljazeera.com/about-us