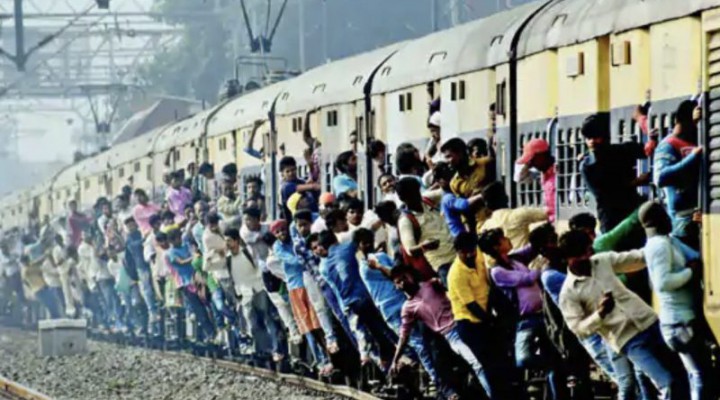 With rising integration among China, Iran and Pakistan, India is integrated only with its own inconsistencies

There was a time when New Delhi was proudly selling the notion of establishing its own New Silk Road – from the Gulf of Oman to the intersection of Central and South Asia – to compete with China’s Belt and Road Initiative (BRI).

Now it looks like the Indians have stabbed themselves in the back.

In 2016, Tehran and New Delhi signed a deal to build a 628-km rail line from strategic Chabahar port to Zahedan, very close to the Afghan border, with a crucial extension to Zaranj, in Afghanistan, and beyond.

The negotiations involved Iranian Railways and Indian Railway Constructions Ltd. But in the end nothing happened – because of Indian foot-dragging. So Tehran has decided to build the railway anyway, with its own funds – $400 million – and completion scheduled for March 2022.

The railway was supposed to be the key transportation corridor linked to substantial Indian investments in Chabahar, its port of entry from the Gulf of Oman for an alternative New Silk Road to Afghanistan and Central Asia.

Upgrading rail/road infrastructure from Afghanistan to its neighbors Tajikistan and Uzbekistan would be the next step. The whole operation was inscribed in a trilateral India-Iran-Afghanistan deal – signed in 2016 in Tehran by Indian Prime Minister Narendra Modi, Iranian President Hassan Rouhani and then Afghan President Ashraf Ghani.

The unofficial New Delhi excuse revolves around fears that the project would be slammed with US sanctions. New Delhi actually did get a Trump administration sanctions waiver for Chabahar and the rail line to Zahedan. The problem was to convince an array of investment partners, all of them terrified of being sanctioned.

In fact, the whole saga has more to do with Modi’s wishful thinking of expecting to get preferential treatment under the Trump administration’s Indo-Pacific strategy, which relies on a de facto Quad  (US, India, Australia, Japan) containment of China. That was the rationale behind New Delhi deciding to cut off all its oil imports from Iran.

So far all practical purposes, India threw Iran under the bus. No wonder Tehran decided to move on its own, especially now with the $400 billion, 25-year “Comprehensive Plan for Cooperation between Iran and China”, a deal that seals a strategic partnership between China and Iran.

In this case, China may end up exercising control over two strategic “pearls” in the Arabian Sea/Gulf of Oman only 80 km away from each other: Gwadar, in Pakistan, a key node of the $61 billion China-Pakistan Economic Corridor (CPEC), and Chabahar.

Tehran, so far, has denied that Chabahar port will be offered on a lease to Beijing. But what is a real possibility, apart from Chinese investments in an oil refinery near Chabahar, and even, in the long run, in the port itself, is an operational link between Gwadar and Chabahar. That will be complemented by the Chinese operating the port of Bandar-e-Jask in the Gulf of Oman, 350 km to the west of Chabahar and very close to the hyper-strategic Strait of Hormuz.

Not even a Hindu deity on hangover could possibly imagine a more counter-productive “strategy” for Indian interests in case New Delhi backs off from its cooperation with Tehran.

Let’s look at the essentials. What Tehran and Beijing will be working on is a de facto massive expansion of CPEC, with Gwadar linked to Chabahar and further onwards to Central Asia and the Caspian via Iranian railways, as well as connected to Turkey and the Eastern Mediterranean (via Iraq and Syria), all the way to the EU.

This game-changing progress will be at the heart of the whole Eurasian integration process – uniting China, Pakistan, Iran, Turkey and of course Russia, which is linked to Iran via the International North-South Transport Corridor (INSTC).

For the moment, for all its hefty reverberations in multiple areas – upgrade of energy infrastructure, refurbishing of ports and refineries, construction of a connectivity corridor, investments in manufacturing, and a steady supply of Iranian oil and gas, a matter of national security for China – there’s no question that the Iran-China deal is being effectively downplayed by both sides.

The reasons are self-evident: not to raise the Trump administration’s ire to even more incandescent levels, considering both actors are considered “existential threats”. Still, Mahmoud Vezi, chief of staff for President Rouhani, guarantees the final Iran-China deal with be signed by March 2021.

CPEC, meanwhile, is on a roll. What Chabahar was supposed to do for India is already in effect at Gwadar – as transit trade to Afghanistan started only a few days ago, with bulk cargo arriving from the UAE. Gwadar is already establishing itself as a key transit hub to Afghanistan – way ahead of Chabahar.

For Kabul, the strategic factor is essential. Afghanistan essentially depends on overland routes from Pakistan – some can be extremely unreliable – as well as Karachi and Port Qasim. Especially for southern Afghanistan, the overland link from Gwadar, through Balochistan, is much shorter and safer.

For Beijing, the strategic factor is even more essential. For China, Chabahar would not be a priority, because access to Afghanistan is easier, for instance, via Tajikistan.

But Gwadar is a completely different story. It’s being configured, slowly but surely, as the key Maritime Silk Road hub connecting China with the Arabian Sea, the Middle East and Africa, with Islamabad collecting hefty transit funds. Win-win in a nutshell – but always taking into consideration that protests and challenges from Balochistan simply won’t disappear, and require very careful management by Beijing-Islamabad.

Chabahar-Zahedan was not the only recent setback for India. India’s External Affairs Ministry has recently admitted that Iran will develop the massive Farzad-B gas field in the Persian Gulf “on its own” and India might join “appropriately at a later stage”. The same “at a later stage” spin was applied by New Delhi for Chabahar-Zahedan.

The exploration and production rights for Farzad B were already granted years ago for India’s state company ONGC Videsh Limited (OVL). But then, again, nothing happened – due to the proverbial specter of sanctions.

Sanctions, by the way, had been in effect already under Obama. Yet at the time, India and Iran at least traded goods for oil. Farzad B was scheduled to be back on track after the signing of the JCPOA in 2015. But then Trump’s sanctions iced it again.

It doesn’t take a PhD in political science to ascertain who may eventually take over Farzad B: China, especially after the signing of the 25-year partnership next year.

India, against its own energy and geostrategic interests, has in fact been reduced to the status of hostage of the Trump administration. The real target of applying Divide and Rule to India-Iran is to prevent them from trading in their own currencies, bypassing the US dollar, especially when it comes to energy.

The Big Picture though is always about New Silk Road progress across Eurasia. With increasing evidence of closer and closer integration between China, Iran and Pakistan, what’s clear is that India remains integrated only with its own inconsistencies.

0 thoughts on “India implodes its own new Silk Road”