HOME / WORLD / What’s The Purpose Of The Polish-Ukrainian-UK Trilateral? 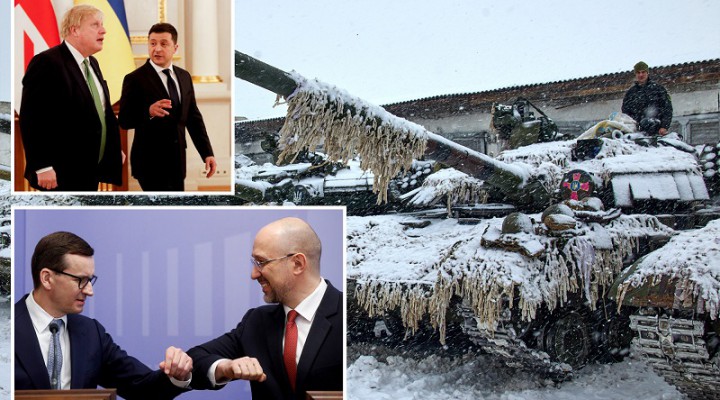 The Polish-Ukrainian-UK alliance might be annoying for Russia but it likely won’t serve as a major impediment to its regional policies.

Ukrainian Prime Minister Denys Shmygal said on Tuesday while speaking with his Polish counterpart that “I hope that in the near future we will be able to officially launch a new regional format of cooperation Ukraine-Poland-UK.” This came right before British Prime Minister Boris Johnson’s visit to Kiev. Their trilateral has set tongues wagging, with many wondering exactly what its purpose is. They’re obviously aiming to “contain” Russia but there might be a bit more to it than just that.

First, some background context is needed in order to better understand everything. Ukraine isn’t the subject but merely an object of the undeclared US–provoked missile crisis in Europe. Poland, for its part, aspires for leadership in Central & Eastern Europe (CEE) but is also reportedly considering a Russian proposal for reciprocal air defense installation inspections that the US touched upon in its leaked response to Moscow’s security guarantees. As for the UK, it’s part of the Anglo-American Axis (AAA).

It also deserves mentioning that ties between the US and Ukraine are tense due to an unexpected dispute between their leaders over the probability of a so-called “Russian invasion”. Kiev believes that Washington’s fearmongering is provoking panic and worsening its already moribund economy. Washington, meanwhile, maintains that it isn’t hyping anything up and that the threat is supposedly very real.

With these observations in mind, everything begins to make more sense. Ukraine is trying to diversify its hitherto disproportionate dependence on the US with Poland and the UK, both of which are more than happy to expand their regional influence in the most comprehensive ways possible. They’ve pledged all sorts of support for their new ally, including military aid. It’s also likely that economic motivations are playing a part in all of this too since Poland and the UK probably want preferential access to Ukraine.

On a more strategic level, those countries also want to drive a wedge between Russia and Germany like they’ve historically sought to do. This takes on a greater significance in the contemporary context considering Berlin’s lack of interest in joining those two’s anti-Russian fearmongering campaign. In fact, the EU’s de facto leader has actually pushed back against it by reviving the previously frozen Normandy peace process late last month for pursuing a political solution to the ongoing Ukrainian Civil War.

By establishing their trilateral alliance, all three parties are trying to collectively bolster their geostrategic significance in the New Cold War’s Western Eurasian theater between the US and Russia. Ukraine is hedging its bets after suddenly becoming suspicious of its chief American patron’s intentions while Poland and the UK are simply resorting to their historical playbook of trying to divide and rule Russia and Germany.

The Polish-Ukrainian-UK alliance might be annoying for Russia but it likely won’t serve as a major impediment to its regional policies. After all, the ongoing crisis is primarily between it and the US, not between Russia and any of those three. Furthermore, relations with Germany can develop independently of Poland, Ukraine, and/or the UK. For these reasons, this latest alliance should be interpreted as little more than a geopolitical stunt aimed at desperately generating attention.

0 thoughts on “What’s The Purpose Of The Polish-Ukrainian-UK Trilateral?”