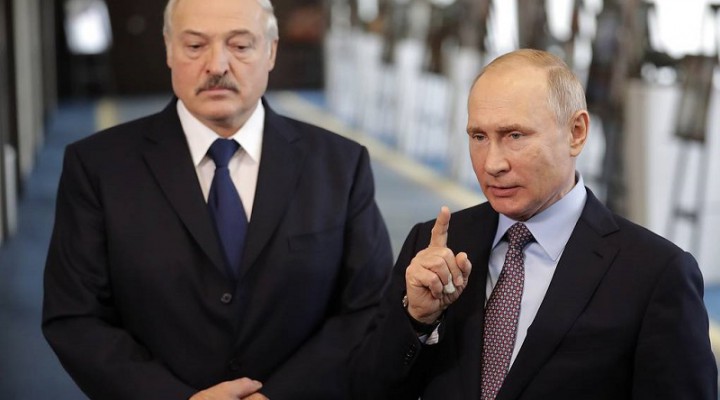 Belarus and Poland are “going rogue” vis-à-vis their Russian and American patrons in the sense of independently doing things that are aimed at provoking their “big brothers” into more actively taking their side for the purpose of catalyzing a larger crisis that they aim to subsequently exploit.

The Western Mainstream Media is lying when it claims that Belarusian President Lukashenko is his Russian counterpart’s “hybrid warfare” puppet. This information warfare narrative is being propagated for the purpose of implicating President Putin in Lukashenko’s unsavory policies by virtue of their political association through the “Union State”. The Russian leader explicitly clarified that he was caught off guard by Lukashenko’s recent threat to cut off gas supplies to Europe. In his words:

“To be honest, this is the first time I hear about it because I spoke with Mr Lukashenko twice recently and he never told me about that, not even a hint. But he can probably do that. Although there is nothing good about it and I will certainly talk to him about this issue, unless he just said it in the heat of the moment…Of course, theoretically, Lukashenko, as president of a transit country, can issue an order to cut off our deliveries to Europe even though it will violate our transit contract. I hope it will not come to that.”

This isn’t “5D chess” or some so-called “cunning plan”, but one of Putin’s typically candid remarks about sensitive issues. He’s genuinely concerned about what his counterpart said, especially since he wasn’t informed of it in advance despite having recently spoken with Lukashenko twice. Putin is implying that the Belarusian leader either said something that he didn’t mean due to his characteristic impulsiveness or might even be trying to pressure Russia into taking his side against Poland and the EU.

The Eastern European Migrant Crisis owes its origins to the US-led West’s wars against Muslim countries that created the conditions for millions of people to want to flee to the EU for economic reasons. The Polish-led anti-Belarusian sanctions over the past year worsened the situation in that targeted former Soviet Republic and made it politically impossible for its leadership to continue voluntarily expending the resources to protect the EU from illegal immigration like it earlier did.

This toxic combination prompted the latest Migrant Crisis, which the Polish government is also exploiting for self-interested political reasons related to provoking a larger East-West crisis in order to sabotage the incipient Russian-US rapprochement. Nevertheless, the Polish people are innocent and deserve to be protected from the threat posed by illegal immigrants invading their country. All of this makes the latest events very complicated.

Be that as it may, there should be no ambiguity about the relationship between Putin and Lukashenko. Although there’s asymmetry in their countries’ capabilities, they still endeavor to treat one another as equals in all respects in order to set a positive example throughout the rest of the post-Soviet space. Lukashenko is still very much his own independent man, which he’s proven on multiple occasions in the past through his sometimes virulent criticism of Russia, especially before last year’s regime change crisis.

Keenly understanding his country’s importance to Russia in the security sense of serving as a physical buffer with NATO, Lukashenko has since tried to trick Putin into supporting him in ways that risk bringing Belarus’ “big brother” into conflict with the West. His latest threat to cut off Russian gas supplies to the West can be interpreted in such a way. The Belarusian leader wanted Putin to feel pressured to support him for the sake of “saving face” and “keeping up appearances”.

The Russian leader, however, was having none of that. In fact, he clearly seems offended that Lukashenko would issue such a threat knowing fully well that the Western Mainstream Media’s information warfare narrative is to misportray their relationship as a patron-puppet one. In other words, Lukashenko purposely manipulated politically Russophobic propaganda in order to pressure Putin for self-interested and very geopolitically dangerous reasons. It’s no wonder that Putin is so upset.

This doesn’t mean that their personal relations, let alone their countries’ strategic ones, will be irreversibly worsened by Lukashenko’s provocation. It’s just that the Belarusian leader is back to his old tricks of trying to play the East off against the West in the hopes that he can exploit the situation to his benefit (and potentially also Poland’s from Warsaw’s perspective considering their similar infowar tricks during this crisis).

Belarus and Poland are “going rogue” vis-à-vis their Russian and American patrons in the sense of independently doing things that are aimed at provoking their “big brothers” into more actively taking their side for the purpose of catalyzing a larger crisis that they aim to subsequently exploit. Minsk wants Moscow to coerce the West into lifting its anti-Belarusian sanctions while Warsaw wants Washington to freeze – if not reverse – its incipient strategic dialogue with the Kremlin.

Neither Belarus nor Poland are “puppets” of Russia or the US in this particular context despite being their mutual defense allies. The Eastern European Migrant Crisis shows how regional countries can manipulate the course of events and narratives thereof for self-interested reasons that even occur at their own patrons’ expense. This is an extremely dangerous trend that must be curbed as soon as possible lest it spiral further out of control and provoke a larger conflict by miscalculation.

US Writes Belarus into Its Familiar Regime-Change Script