HOME / WORLD / The Geopolitics Of The Belarusian Crisis: Anti-Russian, Neutral To China, Pro-Polish 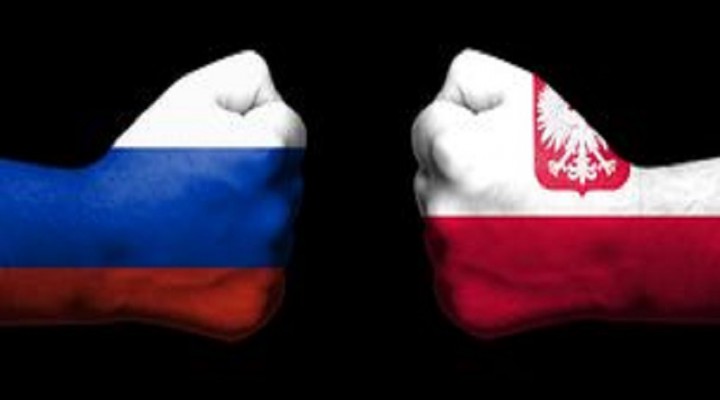 The Belarusian Crisis is an American Hybrid War against Russian interests in support of Poland’s US-backed regional ones related to the “Three Seas Initiative”, which won’t harm China’s interests even in the worst-case scenario despite Beijing’s plans for the Eurasian Land Bridge to transit through the Color Revolution-beleaguered former Soviet Republic since the People’s Republic has already pioneered several complementary East-West corridors that it could rely on instead.

The “New Bipolarity” between the American and Chinese superpowers that’s increasingly defining International Relations makes it natural that many have begun to analyze all significant events across the world through the prism of those two countries’ global competition. The Belarusian Crisis is no different, with some claiming that this American Hybrid War is intended to harm China’s interests just as much as Russia’s, pointing to the fact that Beijing’s Eurasian Land Bridge plans to transit through the Color Revolution-beleaguered former Soviet Republic en route to the EU. It therefore follows that “poaching” this country from the Russian “sphere of influence” would also harm China’s grand strategic goal of connecting the supercontinent through this crucial Silk Road corridor. That analysis, however, doesn’t take into account that the People’s Republic has already pioneered several complementary East-West corridors that could replace the Eurasian Land Bridge if circumstances necessitate it with only minor inconveniences. This article thus argues that “containing” China isn’t a motivating factor behind this crisis, which is driven by the rivalry between US-backed Poland and Russia.

The Hybrid War On Belarus

Before getting to that though, it’s important to reaffirm that the Belarusian Crisis is indeed a classic example of Hybrid War. The author published a book on this topic titled “Hybrid Wars: The Indirect Adaptive Approach To Regime Change”, which was cited by the NATO Defense College twice on page 2 of their November 2015 research paper on “Russia’s Renewed Military Thinking: Non-Linear Warfare and Reflexive Control” and page 10 of their December 2015 book about “NATO’s Response To Hybrid Threats“, and analyzes this method of warfare in detail. It covers the grand strategic motivation behind it, which is to provoke Color Revolutions in geostrategically significant states that then transition to Unconventional Wars with time along the lines of the Ukrainian and Syrian scenarios. The e-book sequel, “The Law Of Hybrid War: Eastern Hemisphere”, expands upon its predecessor by specifying that “The grand objective behind every Hybrid War is to disrupt multipolar transnational connective projects through externally provoked identity conflicts (ethnic, religious, regional, political, etc.) within a targeted transit state.” Analyzed through this prism, the Belarusian Crisis is unquestionably a Hybrid War since it aims to undermine Russia’s multilayered integration efforts of the Eurasian Union, CSTO mutual defense pact, and the “Union State”, as well as China’s Eurasian Land Bridge.

Having established that much, it’s now relevant to analyze the extent to which the Belarusian Crisis would really harm China’s aforementioned interests. Even in the worst-case scenario, the impact would be negligible since China could simply reroute its planned East-West trade through the “Polar Silk Road”, the “Middle Corridor” across Central Asia and the Caucasus, or simply continue to rely upon the traditional maritime trade route through the Suez Canal (whether transiting through the South China Sea en route or taking a shortcut via CPEC). It would certainly be more inconvenient for it to continue trading with Europe through multimodal means than the unimodal one promised by the Eurasian Land Bridge, but it’s already doing that anyhow so removing the potential for transit through Belarus isn’t a game-changer for China. Even its Great Stone Industrial Park near Minsk, its main Belt & Road Initiative (BRI) investment in Belarus that’s intended to function as one of China’s continental nodes, probably wouldn’t be impacted all that much if pro-Western radical neoliberals seize power. They’d either not interfere with the over half a billion dollars’ worth of foreign investment there or just impose more regulations. In the worst-case scenario that they scrap the project, China could easily take the loss.

Accepting that the Belarusian Crisis therefore stands to be much more detrimental to Russia’s grand strategic interests than China’s, it’s now time to talk about whose interests it’s intended to promote, which are Poland’s. Warsaw leads the US-backed “Three Seas Initiative” (TSI) that aims to revive its long-lost “sphere of influence” across Eastern Europe but also expand it throughout Central Europe as well in a 21st-century revival of its interwar strategy of the “Intermarium”. America envisions this network of allied states functioning as a wedge between an increasingly wayward Germany and the US’ Russian rival. The core of the TSI is the recently inaugurated “Lublin Triangle”, and the latest target of Poland’s regional ambitions is Belarus after succeeding in Ukraine six years ago with EuroMaidan. Warsaw’s modus operandi is to apply the interwar strategy of “Prometheism”, which is just a euphemism for provoking divide-and-rule identity conflicts between Moscow and all the non-Russian people east of Poland. For a deeper understanding of these concepts, the reader should reference the author’s research on “Polish-Russian Relations: Russian Guilt And Polish Exceptionalism”.

Back To The Future

What’s happening nowadays in Belarus actually isn’t anything new since it’s simply the manifestation of the long-running Western strategy to establish a so-called “cordon sanitaire” along Russia’s western borderlands which was actively pursued during the interwar period. Poland is the vanguard state in this effort because of its preexisting interests in reviving its long-lost “sphere of influence” over the lands of the former Polish-Lithuanian Commonwealth, in the center of which (and importantly, in between all “Lublin Triangle” states) lies Belarus. This strategy laid dormant for decades while Poland was under the USSR’s influence and then took several more to become credible again while the Central European country worked to become the leading economic and military force in the region (with US support). Russia should have detected this latent threat long ago but didn’t due to its post-Crimea hubris that the author elaborated upon in his recent piece about “Constructive Criticisms Of Russian Strategy, And In Particular Towards Belarus”. Instead of treating Poland like the aspiring Great Power that it’s always seen itself as even during its weakest, the Russian Establishment oftentimes laughed it off as nothing more than an American puppet until the present crisis when it was too late to change anything.

Objective observers should have predicted the inevitability of Poland and Russia resuming their historical competition with one another over the lands that lay within their overlapping “spheres of influence”, but this geostrategic dynamic was downplayed and even oftentimes portrayed as “political fantasy” owing to the hubris of those who refused to recognize reality. The Belarusian Crisis is the second salvo of the 21st-century manifestation of their rivalry after Ukraine represented the first shot in this struggle, which is impossible deny after the latest events. Although the worst-case scenario of the country being “poached” by the West into Poland’s TSI “sphere of influence” would inconvenience China by interfering with its Eurasian Land Bridge and compelling it to rely on its three other complementary multimodal East-West corridors instead, it’s an exaggeration to present the Belarusian Crisis as being motivated by any American desire to “contain” the People’s Republic. This is chiefly a Polish-Russian issue where the US is “Leading From Behind”in support of Warsaw and has nothing to directly do with China. Framing events in a Sino-centric way is therefore inaccurate and distracts from the reality that Poland is a rapidly rising Great Power dedicated to “containing” Russia.

0 thoughts on “The Geopolitics Of The Belarusian Crisis: Anti-Russian, Neutral To China, Pro-Polish”