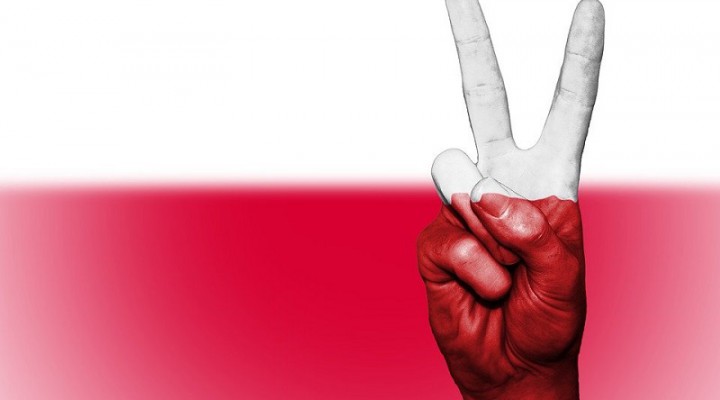 The Alt-Media Community routinely portrays Poland as nothing more than an American puppet but that’s always been a categorically false depiction that also worryingly risks provoking Polonophobia, or hatred of Poland and ethnic Poles solely on the basis of their identity.

The Wall Street Journal reported a few days ago that Poland proposed reciprocal inspections of its own US air defense facilities and Russia’s in Kaliningrad in response to an offer initially made by Moscow. RT shared the report on Friday, and considering that it’s Russia’s publicly financed international media flagship, there shouldn’t be any doubt that the Kremlin did indeed make such an offer despite it not having previously been disclosed. This surprising development might actually be the key to de-escalating Russian-NATO tensions but it deserves to be explained more in detail so that readers can understand it.

The Alt-Media Community (AMC) routinely portrays Poland as nothing more than an American puppet but that’s always been a categorically false depiction that also worryingly risks provoking Polonophobia, or hatred of Poland and ethnic Poles solely on the basis of their identity. Such Polonophobia reached a peak late last year during the Eastern European Migrant Crisis which saw Poland forcefully defending its border from illegal immigrant invasions coming from Belarus. While Poland closely coordinates with the US against Russia, it’s nevertheless still always preserved its strategic independence.

To elaborate, its hosting of the US’ “missile defense shield” that Russia’s always suspected was just a cover for clandestinely deploying strike missiles was of Warsaw’s own choosing due to its leaders’ practically pathological hatred of Russia for historical reasons. That was a deliberately provocative decision that arguably set into motion the undeclared US-provoked missile crisis that Russia’s security guarantee proposals are intended to defuse. Since Poland is literally situated in the center of this crisis, it’s therefore fitting for Russia to directly engage with it.

The Kremlin did so because its strategists thankfully don’t share the completely false assessment of Poland that’s propagated by the AMC. They astutely observed the joint US-German Hybrid War on Poland over the past year whereby that aspiring Central & Eastern European (CEE) leader’s top two allies began unprecedentedly meddling in its internal affairs due to their ideologically driven desire to overthrow its conservative-nationalist ruling party. In response, Polish President Duda proudly rebuffed the US’ anti-Chinese pressure by declaring that he’ll travel to Beijing for the Olympics next month.

That decision fully aligns with what the author proposed last summer in his analysis arguing that “Poland Should Follow Ukraine’s Lead By Using China To Balance The US”. He also suggested that “It’s Time For A Polish-Russian ‘Non-Aggression Pact’ In Belarus & Ukraine” aimed at regulating their competition in those two “buffer states” between them. Poland evidently followed the author’s first-mentioned proposal while Russia certainly seems to have taken the second one seriously judging by the credible reports that it offered Poland a deal on reciprocal inspections of their air defense facilities.

These developments further prove that the AMC was totally wrong in its assessment of Poland being a US puppet. In fact, Poland might be one of the most pivotal countries in the world right now since it could hold the key to de-escalating the ongoing missile crisis in Europe that Warsaw itself is partially responsible for provoking due to its decision to host the US’ “missile defense shield”. The Kremlin is keenly aware of this geostrategic reality, which explains why it reached out to Poland in the first place. The ball’s now in Warsaw’s court over whether or not it’ll help to resolve this crisis.

There are some serious reasons why it might play an irreplaceably positive role. First, Poland might fear that any outbreak of kinetic hostilities between Russia and Ukraine would be extremely difficult for contain and could therefore somehow or another embroil the aspiring CEE leader too. Second, Poland’s ruling conservative-nationalist party wants to present itself as a force for continental peace in order to counteract the joint US-German infowar against them alleging that they’re nothing but far-right totalitarians. And third, Poland might want to sabotage the US’ regional war plans just to spite it.

That last point should be expanded upon a bit more in order for the reader to better understand it. Poland is extremely upset at the joint US-German Hybrid War against it. The country’s ruling party feels like it was backstabbed by their ally. That’s why President Duda so proudly declared that he’ll travel to Beijing during next month’s Olympics. He’s unprecedentedly defying his country’s top ally in the midst of the ongoing New Cold War by going directly traveling to its top rival. This sends the unmistakable signal that Poland is flexing its strategic independence, or from the US perspective, is “going rogue”.

It therefore follows that Poland might continue with its present “rogue” trajectory by agreeing to more seriously consider Russia’s reciprocal inspection proposal, which if successful could immediately end the undeclared US-provoked missile crisis in Europe, at least for the time being. It would proverbially pull the rug out from under the US’ feet by allowing Russia to inspect America’s “missile defense shield” in Poland. That country would essentially be teaching the US a lesson that it’ll never forget, namely that there are serious consequences to meddling in Poland’s affairs and trying to overthrow its government.

Aware of this “politically inconvenient” geostrategic reality, the US might seek to intervene in order to spoil any incipient Polish-Russian security talks taking place in parallel with the American-Russian ones but nevertheless proceeding independently thereof. It’s unclear what form this could take, just that the US’ anti-Russian “deep state” faction has an urgent interest in sabotaging those discussions unless of course it ultimately realizes that this track is the most pragmatic one for de-escalating the crisis that the US itself might have lost control of if Ukrainian President Zelensky continues successfully defying it.

More insight into that last-mentioned matter can be found in the author’s latest analysis on that topic that can be read here. In a nutshell, Friday’s unprecedented political scandal between the US and Ukraine over the content of their leaders’ call on Thursday suggests that Zelensky is pushing back against the US’ suspected false flag plans in Donbass for provoking a regional war since he rightly fears that the sequence of events that they’d catalyze could result in both his removal from power as well as Ukraine’s dissolution, whether de jure or de facto through a loosely held “federation” after the war.

With Ukraine and Poland both “going rogue” to varying extents vis-à-vis their shared American patron, a narrow window has opened up for Russia to diplomatically resolve the undeclared US-provoked missile crisis by encouraging the former to implement the Minsk Accords while simultaneously seeking to reach a reciprocal inspection deal with the latter. Of course, neither of these tracks might succeed, but the very fact that they’re presently occurring in spite of the US’ anti-Russian “deep state” faction’s subversive efforts and their obsessive drive towards war suggests that a credible chance still exists.

0 thoughts on “Does Poland Hold The Key To De-Escalating Russian-NATO Tensions?”