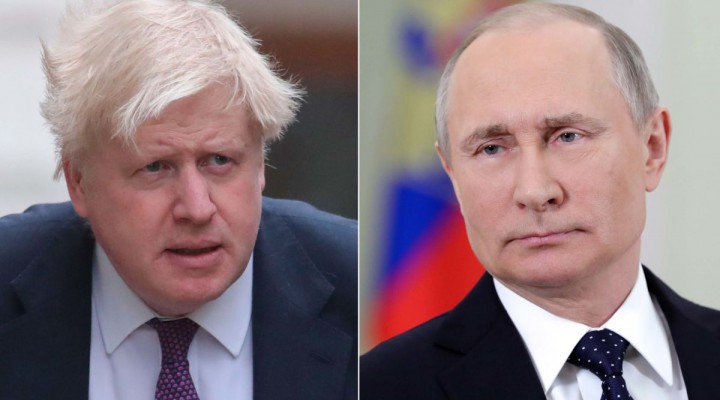 The sunset on Britain’s global empire long ago, and its current military posturing can’t change that

Tensions have been rising rapidly in the Black Sea following the incursion by a British warship into Russian territorial waters off the Crimean Peninsula and with Nato conducting military exercises there on an unprecedented scale.

The British ambassador in Moscow was summoned to the foreign ministry after the incident and warned bluntly that the UK would be held responsible for the consequences of any similar provocations in future. Other Russian spokespeople echoed the warning.

German Chancellor Angela Merkel and France’s Emanuel Macron were quick to sense the threat this escalation poses to the security of the European Union. Both called for dialogue with President Vladimir Putin, but they were virulently opposed – with American and British incitement — by Poland and the Baltic states, who mistrust Russia generally and Putin in particular.

The US and UK oppose Russia’s annexation of Crimea and deem it illegal, and along with other EU states back Ukraine in the dispute. Russia maintains that the peninsula is historically Russian territory, which was ceded administratively to Ukraine when both were part of the Soviet Union and reclaimed in 2014 with the consent by referendum of a large majority of its population.

Germany and France were aghast at the refusal of fellow EU members to countenance summit-level talks with Putin, especially after US President Joe Biden met him in Geneva. How come it’s OK for the Americans to talk to the Russians but not the Europeans?

The government of British Prime Minister Boris Johnson, who took his country out of the EU based on a very narrowly won referendum, has embraced the Biden administration’s increasingly hostile stance towards Russia and China and is enthusiastically following its policy lead. Many British analysts see this as reckless bravado that could well have undesirable consequences.

Russia’s chief of military staff warned ominously this week that his country would be prepared to use nuclear weapons if necessary to defend its interests in Europe and the world, a veiled reference to renewed Anglo-American military muscle-flexing and Nato’s actions in the Black Sea. Russia considers it to be its vital strategic waterway, just as China does the South China Sea — a major point of contention with the US which has been sending its naval vessels there. Is the UK government intent on gaining ‘relevance’ on the world stage by turning itself into America’s junior surrogate in both disputes?

The dispute in the Black Sea could easily develop into a military confrontation that could in turn conceivably trigger a global conflict. Major wars have almost always been sparked by minor incidents, and even accidents.

This all comes against the backdrop of the steady decline of US global power due to the economic and military ascendancy of China and its growing alliance with Russia, which the US is determined to thwart. Henry Kissinger used to say that such an alliance must be prevented at all costs.

The Ukraine crisis could provide the spark for a future war unless it is contained and defused through dialogue.

Johnson, meanwhile, doesn’t seem to realise that Britain is no longer a superpower. The sun set long ago on its once-global empire, especially since the 1956 Suez War. The UK is no longer European, will never be American, and meanwhile faces a real threat of internal fragmentation. No amount of military posturing can change that.

China Ousts the BBC Based on UK’s Own Media Standards

One thought on “UK ‘takes on’ Russia and China”