HOME / WORLD / Boris ‘Clone on His Own’ After Biden Win 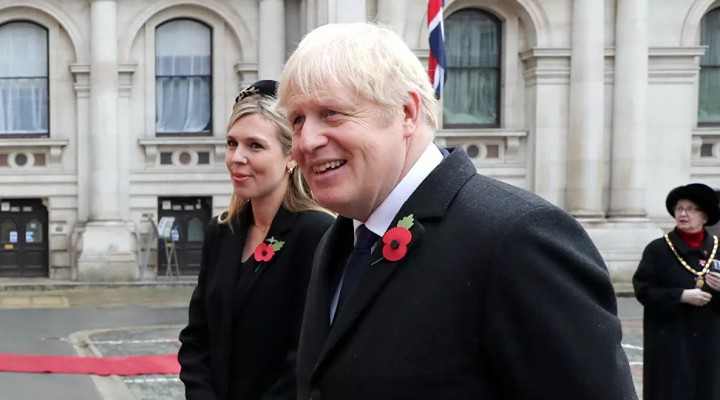 Britain’s premier Boris Johnson has now some serious patching up to do with US ‘President-elect’ Joe Biden.

While other European leaders can look forward to warmer relations with the Democrat in the White House after four years of fraught spats with Donald Trump, the British prime minister could well find himself on the out.

Boris Johnson cosied up to Trump with an obsequiousness befitting a Jeeves-the-butler character. That was because the Conservative leader and his Brexit cheerleaders thought they could wheedle their way into getting a super-duper trade deal from the Trump administration. Such a bilateral trade partnership, it was calculated by the Brexiteers, would compensate for the loss of EU market access following Britain’s 2016 referendum to quit the bloc.

Such was Johnson’s ability to bend over backwards for Trump that Biden previously disparaged the British politician as a “clone” of the outgoing Republican president. Without a benefactor in the White House, Johnson is now a “clone on his own”.

What is especially problematic for Downing Street is that Biden has repeatedly warned that if Johnson does not do a deal with the European Union then Britain can forget about any favours from the US concerning a future trade pact. That’s because Joe Biden, who is fervent about his Irish ancestry, has warned that Johnson’s Brexit plans must not undermine the historic peace agreement in Ireland. There are apprehensions that if Johnson and his Brexiteers go for a “hard Brexit” – one without a trade deal with the EU – that abrupt departure could endanger peace in Ireland by making the return of a hard border on the island.

Those apprehensions over Irish peace have been alleviated by the election of Biden. His stern admonishment of the London government to not jeopardize Irish politics through its hard-ball shenanigans towards the EU will persuade Johnson that he has to comply with European demands for trade deal.

Under Trump, who was bullish in his support for Brexit and dismissive of the EU, Johnson was given a false sense of leverage in negotiations because the British leader thought he could rely on gaining a free trade bonanza with the US.

Now, however, bumptious Boris does not have the “American card” to play in his negotiations with Brussels. If he risks a hard Brexit then he will be out in the cold, shut out from the EU market and with no alternative lifeline from Washington.

Biden’s allies such as Senator Christopher Coons, who is tipped to become his Secretary of State, are cautioning British media that a US-UK trade deal is way down in the priorities of the next administration.

Other aides who worked for former President Barack Obama when Joe Biden was his vice president recall how Johnson made derogatory racist remarks in the past about Obama’s “Kenyan heritage”. One of those aides, Tommy Vietor, said Johnson’s past comments have not been forgotten. He slammed Johnson’s belated congratulations to Biden on winning the presidential election as duplicity, coming from a “shape-shifting creep”.

Johnson bet the farm on Trump being his benefactor in the future. That no doubt prompted his “hardline” attitude towards the European Union over Brexit dealing and a seeming high-handed disregard towards Irish peace.

Johnson’s clone-like attempt to ingratiate himself with Trump also accounts for his government’s repudiation of partnership with China to modernize Britain’s telecom sector. It was pressure from the Trump administration that led Johnson to capitulate in an “act of self-harm”.

Another scandalous rollover concession was the Johnson government’s abject failure to seek extradition from the US of the wife of a CIA officer who allegedly killed British teenager Harry Dunn from her reckless driving in August 2019. Anne Sacoolas fled the UK and the US authorities have pointedly refused to hand her over to British courts to face charges. His family have been denied justice out of political expedience by Johnson to keep the Trump administration sweet.

As Labour’s shadow trade minister Emily Thornberry pointed out, Johnson “sucked up” to Trump and got nothing in return – except for egg running down his face. That’s what you get for being a clone and a clown. Pity the British people will have to clear up the mess.

0 thoughts on “Boris ‘Clone on His Own’ After Biden Win”