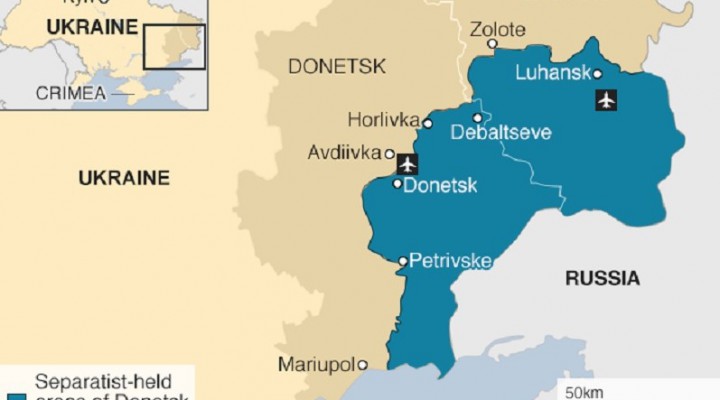 Exclusive- Some have claimed that Azerbaijan’s glorious victory over Armenia in last year’s Patriotic War created a so-called “Karabakh precedent” that can be implemented by other countries embroiled in separatist disputes, but this model isn’t applicable in Donbass for several important reasons. Before pointing them out, the “Karabakh precedent” itself must first be described. This refers to an internationally recognized government’s right to use military force to resolve a separatist dispute, though only whenever all peaceful options have been exhausted. This was objectively the case with Karabakh after the separatists and their Armenian state patron refused to implement four UNSC Resolutions on the issue for nearly three decades. By contrast, the situation in Donbass is markedly different and arguably incomparable, as will now be explained.

The political impasse in Donbass isn’t due to the Russian-friendly rebels, but Kiev, which has been consistently encouraged by its American patron not to fully implement the Minsk Accords. This make the political and international legal dynamics the opposite of Karabakh’s. As a case in point, Ukraine’s chief negotiator on Donbass demanded that the venue of the Minsk talks be changed from Belarus to another country like Poland. This is completely counterproductive since Belarus is neutral in the dispute, and if anything, sympathizes with Kiev insofar as refusing to recognize the legitimacy of the Donbass separatists’ struggle. Poland, by contrast, is completely partisan and fully in support of Kiev’s position. Ukraine’s new stance towards peace talks purposely obstructs the process and proves that it, not the Donbass rebels let alone Russia, wants war.

Another difference between Karabakh and Donbass is that Russia isn’t Armenia. What’s meant by this is that Russia is much stronger than its South Caucasus ally, thus meaning that its possible direct intervention in any prospective “continuation war” could be devastating for Kiev’s forces. Since it’s Ukraine, not the Donbass rebels or Russia, which refused to implement the previously agreed peace accords, sabotaged the peace process, and wants war, Russia would have every international legal right to intervene if it so chooses in order to defend its legitimate territorial interests should they be threatened as well as ensure the safety of its citizens in Eastern Ukraine. Armenia never had such legitimacy due to it being the one that refused to implement political and military agreements aimed at peacefully resolving the Karabakh conflict.

Unlike during last year’s war where Russia diplomatically intervened as a neutral third party to prevent the worst-case scenario of an all-out conflict between the two South Caucasus states, no such neutral third party exists to diplomatically intervene in such a prospective scenario between the two Eastern European countries that might soon clash over Donbass as a result of America’s divide-and-rule meddling. In other words, the worst-case scenario in this region is much more likely than it ever was in the South Caucasus, including the chances of a NATO-Russia (nuclear-armed?) standoff if Kiev requests the alliance’s emergency intervention to save its forces from total destruction. This dramatically raises the stakes to the global level, which was never a credible concern during last year’s Karabakh conflict.

The “Karabakh precedent” therefore mustn’t be exploited as a carte blanche by any internationally recognized government embroiled in a separatist dispute to automatically resort to the use of military force for resolving it. The present analysis proved that the dynamics in Donbass are altogether different than in Karabakh, especially because it’s Kiev and not the Donbass rebels that’s refusing to implement previously political agreements aimed at peacefully resolving the conflict. Had it been the inverse wherein the Donbass rebels and Russia played the same obstructive role as the Armenian separatists and their eponymous state patron, then Kiev would have probably had the right to implement the “Karabakh precedent”, but that’s objectively not the case so Ukraine shouldn’t dishonestly use that as a pretext for disguising its planned US-backed war of aggression.

The End Of The Nagorno-Karabakh War: Retrospection, Clarification, And Forecast

0 thoughts on “The “Karabakh Precedent” Isn’t Applicable In Donbass”