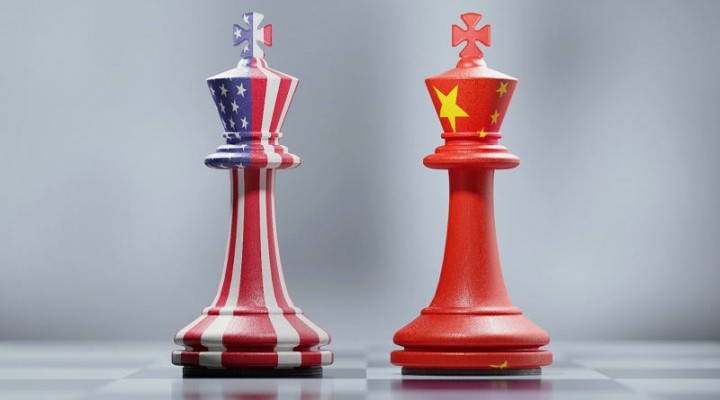 China’s grand strategic vulnerabilities are more acute nowadays than they’ve been at any time in the past half-century since its first rapprochement with the US. The Daily Beast’s article shared some surprisingly accurate assessments about this even if its headline is melodramatic clickbait. For as “politically inconvenient” as Andrew Small’s observations might seem to China’s supporters, they nevertheless explain why it’s exploring a New Détente with the US right now.

The Daily Beast is infamous for its pro-Western spin, but just like every outlet, once in a while it gets something right. Such is the case with Andrew Small’s article on Sunday about how “China Is Starting To Really Regret Its Friendship With Russia”. To be absolutely clear, the headline is melodramatic clickbait that doesn’t accurately describe the state of their strategic partnership nor provide reliable insight into its future, but some of the assessments of Chinese interests shared therein are arguably spot-on.

Take for instance Small’s observation that “The problem Beijing faced in 2022 was that in crucial areas, it was still too soon to make a break with the West.” He elaborated that “China was barely any closer to constructing a resilient alternative financial architecture than it had been in 2014. The technology story was equally problematic: despite the massive push to build its own semiconductor industry, Chinese firms were still painfully reliant on U.S. intellectual property.”

The significance of both observations is that “This left many of its companies exposed if they continued to do business in Russia, much like any other sanctioned entity”, which helps explain why China tacitly complies with the US’ anti-Russian sanctions. As Small concluded, “The net effect was that from banks to telecoms, most of the companies that might have wished to take advantage of the newly opened vacuum in the Russian market instead faced even greater limitations on their activities.”

Another important point that he shared in his piece was that “The sanctions put in place by the United States, Europe, Japan, and a healthy array of other states in Asia were not the thin gruel of 2014 but far more potent in their effect—and disturbingly replicable for China too.” That Damocles’ sword hangs over the Chinese leadership’s head and greatly influences their country’s response to the Ukrainian Conflict. Even if they wanted to help Russia, their hands are practically tied.

Small correctly assessed that China is seriously concerned that Russian-like maximum sanctions could similarly be imposed upon it in the event that Beijing one day militarily defends the integrity of its national security red lines in Taiwan just like Moscow did in Ukraine. Furthermore, it’s difficult to argue with him when he writes that the West’s military support for Ukraine must have left a deep impression on China with respect to it expecting them extending similar support to Taiwan in a future conflict.

The combined economic and military uncertainty surrounding the so-called “Taiwan Question” against the shadow of the Ukrainian Conflict over the past nine months predictably contributed to Westerners seriously considering “decoupling” from China in order to preemptively safeguard their interests. Small concluded by writing that “Re-shoring, near-shoring, friend-shoring, diversification, and a host of other phrases had moved from the fringes to the mainstream and into firms’ operational planning.”

All told, his piece presented a surprisingly accurate assessment of Chinese interests at this point in the New Cold War between the US-led West’s Golden Billion and the jointly BRICS– & SCO-led Global South after nine months of the NATO-Russia proxy war in Ukraine. The takeaway is that China’s grand strategic vulnerabilities brought about by the global systemic disruptions connected to that conflict caught its leadership completely off guard, hence why they’re now scrambling to recalibrate their long-term plans.

This doesn’t mean that they “really regret their friendship with Russia” like Small ridiculously claimed in his headline since it accelerates mutually beneficial multipolar processes, but just that the newfound circumstances in which China unexpectedly found itself are forcing difficult policy choices. Its superpower trajectory was arguably derailed as a result of the Ukrainian Conflict, hence why Kissinger’s prediction about an incipient Chinese-US rapprochement appears to be bearing fruit.

This explains why China took the first step in thawing ties with its rival after the G20 since its new National Congress still requires time to recalibrate their country’s grand strategy, ergo the need to explore the parameters of a New Détente with the US. To that end, both parties are discussing the potential for a series of mutual compromises aimed at sustainably de-escalating tensions as part of their envisaged balanced of interests for responsibly managing this stage of their New Cold War competition.

That outcome is being pursued precisely at this point in time because China isn’t in as confident or strong of a position as it was nine months ago contrary to what its supporters claim. Likewise, that outcome hasn’t yet been achieved since China also isn’t as vulnerable and weak as its opponents claim either, hence why it won’t unilaterally concede on its objective interests in exchange for pressure relief. It’ll remain to be seen what happens, but Blinken’s trip early next year will provide further clarity.

Until then, all that’s known for sure is that China’s grand strategic vulnerabilities are more acute nowadays than they’ve been at any time in the past half-century since its first rapprochement with the US. The Daily Beast’s article shared some surprisingly accurate assessments about this even if its headline is melodramatic clickbait. For as “politically inconvenient” as Small’s observations might seem to China’s supporters, they nevertheless explain why it’s exploring a New Détente with the US right now.

Southeast Asia chooses to work with China, what will happen next?

New Atlas LIVE: US vs. China at G20, ASEAN, Ukraine and More…

US Sets Anti-China Trap for Europe — Will They Fall In? w/ Arnaud Bertrand

Brian Berletic: War with China and Russia is Profitable for US military Contractors