HOME / Multimedia / US Sets Anti-China Trap for Europe — Will They Fall In? w/ Arnaud Bertrand

US Sets Anti-China Trap for Europe — Will They Fall In? w/ Arnaud Bertrand 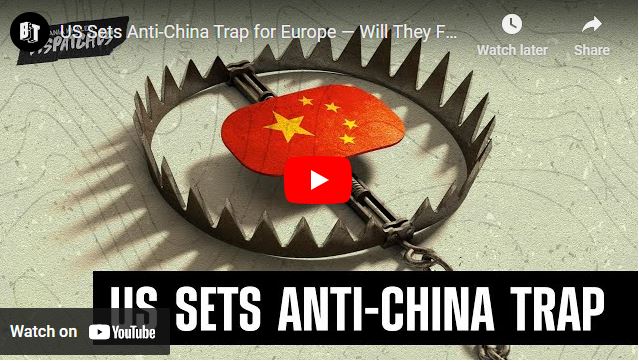 The US is trying to reshape NATO into an anti-China alliance while demanding that the EU join in. So far the US has been somewhat immunized from the consequences of cutting economic ties with Russia.

For Europe though, the outcome of sanctions has been much more dire as winter approaches. A decoupling from China would be even more devastating to Europeans, as indicated in the recent meetings with Macron and Scholz. Is the EU really willing to commit economic suicide for the US as it’s already doing with its Ukraine policy?

To discuss this and more, Rania Khalek was joined by Arnaud Bertrand, a commentator on economics and geopolitics based in Shanghai.

Biden and Burns in Double Act to Split Putin and Xi

0 thoughts on “US Sets Anti-China Trap for Europe — Will They Fall In? w/ Arnaud Bertrand”