HOME / Multimedia / Southeast Asia chooses to work with China, what will happen next?

Southeast Asia chooses to work with China, what will happen next? 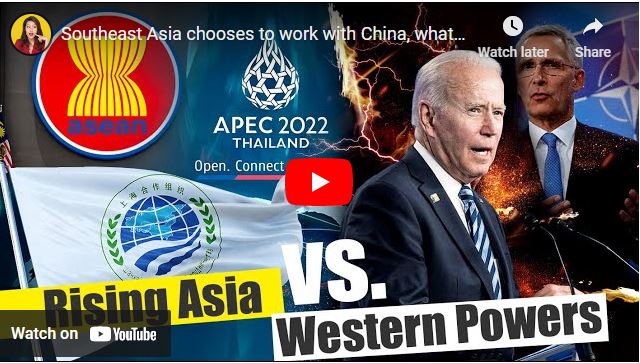 As the relations between Asian countries are getting closer and stronger, several joined the Belt and Road Initiative and signed new deals with China during these meetings. What will happen next? Is Asia rising and kicking Western influence out? Will the bilateral meeting between China and the US change the current China-US relations?

I invited Bangkok-based geopolitical analyst Brian Berlectic to discuss this.

New Atlas LIVE: US vs. China at G20, ASEAN, Ukraine and More…

Biden and Burns in Double Act to Split Putin and Xi

0 thoughts on “Southeast Asia chooses to work with China, what will happen next?”