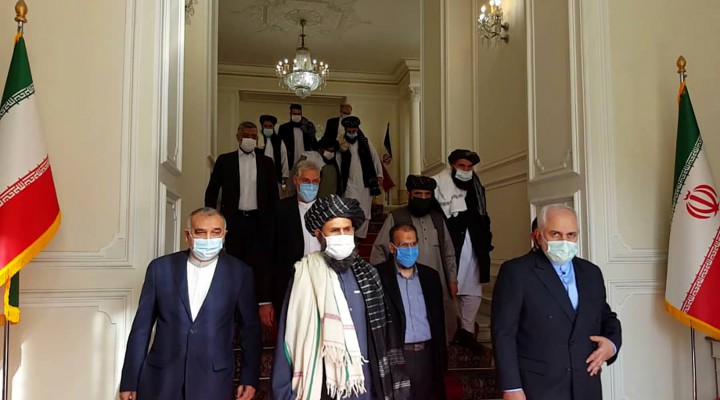 Exclusive– The Taliban’s lightning-fast takeover of Afghanistan last month put Iran in a very difficult position. On the one hand, the Islamic Republic has traditionally been opposed to the self-declared “Islamic Emirate of Afghanistan” (IEA), especially after some of its members killed Iranian diplomats in 1998 and the group’s prior rule of the country saw it oppressing the Shiite minority. On the other hand, however, Iran has little choice but to acknowledge the group’s de facto leadership of Afghanistan and thus pragmatically engage with it in the interests of peace, security, and development.

Tehran cannot realistically extend military support to anti-Taliban elements there like it did during their prior period of rule from 1996-2001 because the Taliban controls all of the country’s international borders for the first time in its history. The modern-day iteration of this movement also claimed to have changed its ways by moderating its previously strict policies in light of changed domestic and international conditions even though observers have yet to see many tangible manifestations of this. Nevertheless, these promises add credibility to those countries like Iran that are pragmatically engaging with the Taliban in the hopes that it’ll keep its word.

The Islamic Republic has three enduring interests in Afghanistan. The first is to prevent the spread of unconventional threats such as terrorism and uncontrollable refugee influxes from that country into Iran. The second is to ensure that the Shiite minority is treated with the respect that they deserve. Finally, Iran would like to have mutually beneficial economic relations with Afghanistan, including as far as utilizing that country as a transit state for more conveniently connecting with others such as the Central Asian Republics and China.

The means that Iran is employing to these ends are multifaceted. Its primary method of engagement is bilateral, but this in and of itself isn’t sufficient enough to ensure the country’s interests. That explains why it’s exploring the possibility of jointly cooperating with like-minded countries such as India, which is also very concerned about the Taliban’s return to power. The third policy option that Iran is employing is to work within multilateral frameworks like the Shanghai Cooperation Organization (SCO) that the country recently become an official member of in order to see to it that its interests are advanced in Afghanistan.

Upon indexing these interests and means, some foreign policy formulas become apparent. Bilateral engagement with the Taliban can improve border security and thus thwart the spread of Afghan-emanating threats, while multilateral means can enhance this even further if the SCO members share relevant intelligence with one another. Ensuring that the rights of Afghanistan’s Shiite minority are respected can also be advanced in those ways as well. Iran can only do so much on its own in this respect which is why it’s imperative for its partners to remain committed to this goal as well.

They can do so by making their formal recognition of the Taliban as the country’s new leaders conditional on its treatment of all minorities, not just the Shiite ones. The Taliban can therefore be incentivized to fulfill its prior promises out of fear that the lack of formal recognition could severely limit their economic and financial opportunities to reconstruct Afghanistan. Iran and others might still disperse urgent aid to that country in an attempt to stave off its impending humanitarian crisis, but it wouldn’t be anywhere near what it needs in order to rebuild after the war. The Taliban might therefore be compelled to finally treat minorities with respect.

Only then can Iran’s economic interests there be advanced, and the best way to do so is jointly with its Chinese and Indian partners. The first-mentioned could help pioneer a so-called “Persian Corridor” through Tajikistan and Afghanistan to its new 25-year strategic partners in Iran while the second could work to revive the stalled North-South Transport Corridor’s (NSTC) eastern branch from the Indian-controlled port of Chabahar to Afghanistan and Central Asia. Those two Asian countries have the financial capabilities and political will to do this, though India might place more conditions upon the Taliban than China would before moving in this direction.

It should also be pointed out that the Iranian leadership would do well to regularly inform its people of their government’s evolving approach to Afghanistan. Everything changed so suddenly in that neighboring country that some folks are still confused about what happened. Those who haven’t paid much attention might not understand why the authorities are pragmatically engaging with the same group that they used to oppose. In order to prevent external forces from manipulating their perceptions for the purpose of provoking anti-government unrest through weaponized protests and the like, the government must articulate its position to them.

All told, Tehran is indeed in a tough position with the Taliban since it’s been forced by circumstances beyond its control to suddenly change some of its policies towards the group. The new environment in which everyone is operating is extremely complex and fraught with uncertainty, which is why pragmatic engagements between all parties are being prioritized. Considering Iran’s millennia-long diplomatic experiences, however, there’s cautious optimism among observers that it’ll weather these challenges and thus succeed in ensuring its relevant interests in Afghanistan to the benefit of all that country’s stakeholders.