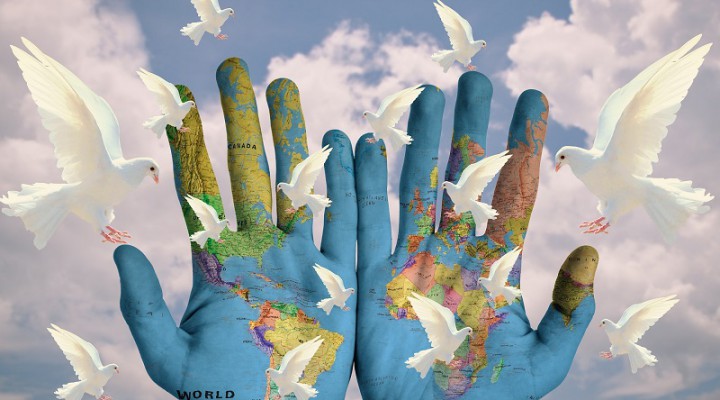 It’s imperative that all protests, whether about anti-racism or any other issue, remain peaceful and within the realm of the relevant laws of whichever country they’re occurring in otherwise people could get hurt or worse.

The anti-racism protests that have erupted all throughout the West since the death of George Floyd in police custody at the end of last month have unfortunately transformed into a spree of urban terrorism that runs the risk of discrediting the noble message behind this movement. It’s imperative that all protests, whether about this issue or any other, remain peaceful and within the realm of the relevant laws of whichever country they’re occurring in otherwise people could get hurt or worse. With that in mind, here’s some pragmatic advice.

Tensions can run high during even the most peaceful of protests because people feel strongly enough about whatever the topic may be to go out and demonstrate in the first place, especially if it’s over something as emotive as police violence against racial minorities. While some people might be tempted to arm themselves in the event that the protest either gets out of hand, is hijacked by radicals, and/or gets broken up by overly aggressive police, that would be a very bad idea to do since other solutions could suffice much better instead.

Protesters must “police their own” in the sense of removing rowdy elements from the crowd so as to avoid the scenario of their demonstrations spiraling out of control and/or radicals hijacking the movement. Regrettably, some people either feel too intimidated to step in and stop this or, even worse, voluntarily commit to using themselves as “human shields” to protect the troublemakers in their midst from their fellow protesters and the police. The best thing to do in such a situation is to simply leave the crowd as soon as possible.

There is no reason for anyone to take a violent stand against their fellow protesters or the police. The authorities, however imperfect they may be, are nevertheless the only professionals properly trained for dealing with these scenarios. Their jobs are made much more difficult when peaceful protesters refuse to disperse from a rowdy crowd and thus begin de-facto functioning as “human shields” to protect the criminal elements in their midst. Entirely avoidable collateral damage almost inevitably follows in all cases.

Another pragmatic piece of advice to peaceful protesters is to always comply with the police upon being ordered to do so, whether it’s to disperse from a protest that might be getting out of control or to show one’s documents to verify their identity. About the second-mentioned, it’s important to make no sudden movements, as well as to inform the law enforcement official of where your documents are and request if you can grab them or if they’d like to do so instead. Doing otherwise might unfortunately have lethal consequences.

This isn’t by any means an endorsement of the police overreacting by shooting an innocent person who just fidgets a bit, but to protect people’s lives from that unnecessary scenario which could have otherwise been avoided by calmly complying with the authorities. Police violence is a problem and some of it is caused by them overreacting during very tense situations, especially considering the history of cop killings in America where suspects made a feint by reaching for their ID but really ended up grabbing a gun to shoot an officer instead.

Even if someone feels like their detainment and possible arrest is illegal, then they should simply realize that they have a much better way of fighting this injustice in the court of law than to break even more laws by resisting arrest and attacking the arresting officer(s) and/or fleeing from them. Some people can’t afford to pay for a lawyer if they’re abused by the authorities or wrongly charged with a crime that they didn’t commit, but there are a plethora of non-governmental organizations that can help them do so or do this pro bono.

The most important thing on everyone’s mind during a protest should be their own safety, which is best ensured by remaining peaceful, unarmed, and law-abiding. Anything that contributes to worsening the already sometimes tense security environment during these demonstrations will put one’s own life and others’ in danger. Not only that, but it also risks discrediting the very purpose of the protest itself, which is politically counterproductive.

I Reckon We Can Win This Thing

One thought on “Pragmatic Advice For Peaceful Protests”