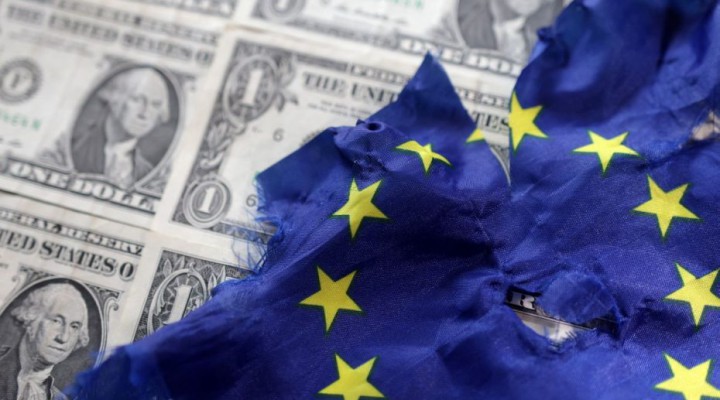 We now have an embarrassment of ‘wars’ of which paradoxically, Ukraine is perhaps of lesser strategic import, Alastair Crooke writes.

We now have an embarrassment of ‘wars’ of which paradoxically, Ukraine is perhaps of lesser strategic import – though it does retain significant symbolic content. A ‘flag’ around which narratives are spun and support rallied.

Yes, there are no less than five overlapping and interlinked ‘wars’ underway – and they need to be clearly differentiated to be well understood.

These last weeks have witnessed several epochal shifts: The Samarkand Summit; the OPEC+ decision to reduce the oil production of member nations by a (headline) two million barrels per day as of next month; and President Erdogan’s explicit declaration that “Russia and Turkey are together; working together”.

Bedrock U.S. allies, Saudi Arabia, Turkey, UAE, India, South Africa, Egypt and groupings such as OPEC+ are taking a major step toward autonomy, and toward the coalescence of non–Western nations into a coherent bloc – acting to its own interests and doing politics ‘its own way’.

This brings us closer to the multipolar world that Russia and China have been preparing over several years – a process that signifies ‘the war’ of geo-strategic de-coupling from the western global ‘order’.

It is fought, on the one hand, by presenting Russia and China as too distrustful of each other to be partners. And by Russia as being so weak, so dysfunctional and erratic (ready to use tactical nukes), that the ‘with us’ or ‘against us’ binary compels states to side with the West. In this instance, Ukraine is held up as the shining ‘Camelot’ around which to gather, to combat the ‘darkness’.

This leads us directly to the long-running global financial ‘war’ – a war of two levels:

At one level, the U.S. Fed is playing a ‘global game’. It is raising interest rates for many reasons. Here, though, it is to protect the ‘dollar privilege’ of being able to swap money which it prints out of thin air, for real labour and real commodities worldwide. This ‘reserve currency’ privilege has been the underpinning to the U.S.’ high standard of living (much higher than it would otherwise be). That’s an enormous benefit, and the Fed is going to protect this benefit.

To do that, as many states as possible need to be in the dollar ‘channel’ and trade in dollars. And to place their savings with U.S. Treasuries. The Fed is now doing everything it can to collapse the market share of the euro and thus to move euros and euro-dollars into the dollar syndicate. The U.S. will threaten Saudi, Gulf States and Turkey to prevent them leaving the channel.

If the Fed doesn’t protect the ‘dollar privilege’, they run the risk of everybody moving out of the channel. The Eurasia bloc are working to move out of the dollar channel; to create economic resiliency and trade outside the channel. What the Fed is trying to do is to stop this.

The second dimension to the U.S. financial war is the long struggle waged by the U.S. (Yellen and Blinken, rather than the Fed) to retain control over energy markets, and the U.S.’ ability to set the price for fuels. The BRICS (with the Saudis’ keen to join) are intent on developing a ‘basket’ of currencies and commodities intended to serve as an alternative trade mechanism to the dollar for international trade.

The point here is that the Eurasian group not only plans to trade in national currencies, and not the dollar, but it wants to tie this trading currency to commodities (oil, gas, food, raw materials) that have inherent value – that are ‘currencies’ in their own right. More than this, the group seeks to take control of energy markets away from the U.S., and to relocate those markets in Eurasia. Washington however, is intent to regain control of prices (through price controls).

And therein lies a fundamental problem for Washington: The commodity sector – with its inherent tangible value – becomes, in itself, a highly sought-after ‘currency’. One, that in the wake of spiking inflation, outbids devaluing fiat money. As Karin Kneissl, a former Austrian Foreign Minister, points out, ‘in just 2022, the U.S. dollar has printed more paper money than in its combined history. Energy, on the other hand, cannot be printed’.

This ‘energy war’ takes the form of disrupting or destroying Eurasian energy producers’ transport – and flow – of their product to customers. The EU has just had a taste of this particular ‘war’ with the destruction of the Nordstream pipelines.

Now we come to the big ‘wars’: Firstly, the war to force the Fed to pivot – to pivot to zero interest rates and QE.

The social revolution in the U.S. that saw a radicalised Metro-Élite pursue diversity, climate and racial justice as utopian ideals, found its’ easy ‘mark’ with an EU already hunting for a ‘Value-System’ to plug its own ‘democracy gap’.

So, Europe’s bourgeoisie leaped with alacrity upon the U.S. liberal-woke ‘train’. Drawing on the latter’s identity politics input, plus the Club of Rome’s ‘messianism’ for de-industrialisation, the merger seemed to offer an ideal imperial set of ‘Values’ to fill the EU lacuna.

Only … only, the American pro-war Republicans, as well as pro-war Democrat neo-cons, had already clambered onto ‘that train’. The mobilised cultural-ideological forces suited their interventionist project perfectly: “Our first objective is to prevent the re-emergence of a new rival” (Wolfowitz doctrine) – Russia firstly, then China second.

The U.S. liberal-woke and EU Green-wokes need the money spigot to be fully open. They need money-printing à outrance. They therefore need to ‘blackmail’ the Fed to not raise rates, but rather to revert to the zero-bound era so money remains zero-cost, and freely flowing. (And to heck with inflation.)

UNCTAD begging all central banks to stop raising rates to avoid a recession is one front to this war; continuing the Ukraine war, with its’ associated huge financial deficit, is another plank to force a Fed ‘pivot’. And forcing the Bank of England ‘to pivot’ to QE was yet another.

Yet, so far, Jerome Powell resists.

Then there is the further (largely unseen) ‘war’ which reflects certain U.S. conservative currents’ conviction that the post-2008 era has been a disaster, putting the American economic system at existential risk.

Yes, those behind Powell certainly are worried by inflation (and understand too, that interest rate hikes have been behind the curve in respect to tearaway inflation), yet they are even more concerned by ‘societal risk’ – that is to say the slide towards civil war in America.

The Fed may keep raising rates for some time – even at the price of some market, hedge fund and small business collapse. Powell has the support of certain big New York banks who see the writing on the wall for the liberal-woke model: An end to their banking business as bailouts go digital and are paid straight into claimants’ bank accounts (as Governor Lael Brainard has proposed).

Powell says little (he is likely to stay clear of partisan U.S. politics at this sensitive moment).

The Fed however, may be attempting to implement a contrarian, controlled demolition of the U.S. bubble-economy, orientated precisely to haul America back onto more traditional financial tracks. To break the ‘leveraged-asset culture’ … You begin to resolve the huge societal inequality divide that the Fed has helped create, through QE facilitating giant asset bubbles … You begin to rejuvenate an American economy by ending the distortions. You dissipate the urge toward civil war because the issue no longer becomes just between ‘haves’ and the ‘have nots’.

This vision may itself be a tad utopian, yet break the ‘everything bubble’, break the leverage culture, and it stops the ratchetting extreme of bubble beneficiaries versus 18 straight months of U.S. falling real wages.

But … but this is only possible if nothing systemic breaks.

What are the geo-strategic implications? Obviously much hangs on the U.S. Mid-term outcome. Already it seems (depending on precisely which GOP candidates do better) that funding for the war in Ukraine will be curtailed. By how much will reflect the margin of success achieved by the GOP ‘populists’.

It is not plausible therefore, that the EU – facing its own devastating crisis – will continue to finance Kiev as before.

But the import of the struggle to re-seat the U.S. back into a 1980s economic paradigm suggests the West will be skirting very close to a something systematic breaking during these coming weeks.

The Euro-élites are too heavily invested in their present path to change narrative in the near future. So they will continue to blame and bad-mouth Russia – they have little option if they are to ward-off popular anger. And there is too, little sign that they have mentally assimilated the disaster their mistakes have wrought.

And in respect to Brussels, the mechanism for a rotation of EU leaders is largely absent. The Union was never equipped with a reverse gear – a need thought unimaginable in the early era.

The question rather, is what will be the situation come January–February in Europe?

Michael Hudson: A roadmap to escape the west’s stranglehold