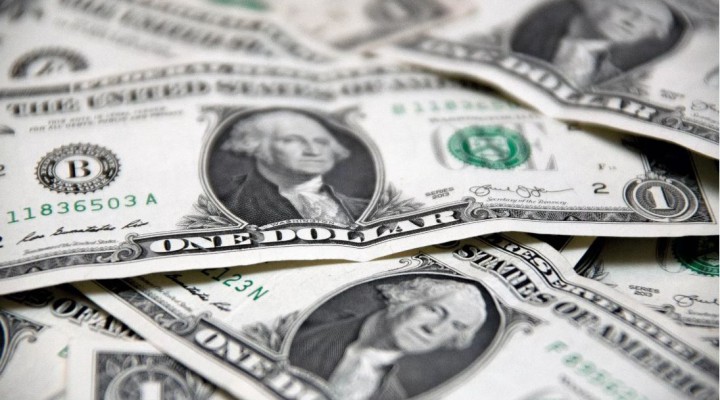 President Joe Biden’s plan to slash student loan debt could cost US taxpayers about $400 billion, the nonpartisan Congressional Budget Office said on September 26. This did not, however, prevent congressional negotiators from agreeing on nearly $12 billion in new military and economic assistance to Ukraine.

The US budget deficit is an old story,” said Dr. Paul Craig Roberts, a US economist and ex-assistant secretary of the Treasury under Ronald Reagan. “The ‘Reagan deficits’ (approximately $200 billion) according to critics were supposed to collapse the US economy in 1982-84. In 2020, the US budget deficit was $3,100 billion – 15 times larger. In 2021 the deficit was $2,800 billion. This year it is projected to be $1,000 billion but will be much larger as the Federal Reserve is driving the economy into recession.”

However, US citizens do not appear concerned by the mounting numbers since they have been hearing about large and growing budget deficits all their lives and nothing yet has happened, the economist remarks.

To complicate matters further, the deficit issue has become a “rhetorical shell game” for the government, the Washington Post’s Glenn Kessler wrote last week. For instance, earlier this month President Joe Biden bragged about cutting the $350 billion budget deficit last year, “but the reality is he’s increased the budget deficit, not reduced it,” Kessler highlighted.

Thus, the budget deficit was expected to decline $875 billion in 2021, but Biden’s additional COVID relief and other new policies resulted in a more modest decline of $360 billion. At the same time, the US president’s decision to reduce student debt for millions could cost somewhere between $400 billion and $600 billion over a decade, according to some estimates. In addition, there are “unexpected emergencies,” such as the Ukraine conflict, which put pressure on the federal budget, Kessler remarked, citing a new accounting by the Committee for a Responsible Federal Budget, which claims that an additional $4.8 trillion in borrowing has been added in the 2021-2031 period under Biden.

“As long as the dollar is the reserve currency and is used to settle most international payments, the US deficits are financed by countries holding their foreign reserves in US dollar securities,” explains Dr. Roberts. “So foreigners finance the US deficit and the Federal Reserve itself buys any overhang. This is why the deficit has not been a problem.”

Still, there are several reasons why the US budget deficit could indeed become a financing problem, according to the economist.

First, the Federal Reserve announced that its current policy is to sell bonds, removing the central bank as a purchaser of US Treasury debt, Dr. Roberts pointed out. Second, US sanctions by abusing the world currency role is causing other countries to move away from using dollars to settle their international transactions. “That means less dollars will find their way into foreign central bank reserves,” the former Reagan official elaborated.

As of yet, however, the US dollar is safe and sound while other reserve currencies – the euro and UK pound – are collapsing due to sanctions-produced energy shortages and possible industry shutdowns, according to the economist. Having sucked the life from the euro and the pound. the greenback remains the preferred and strongest currency. “Until Russia, China, and participating countries create their own payments and clearing system, there remains no alternative to the US dollar,” Dr. Roberts remarked.

Greenback’s Strength Not Infinite, Recession to Bite US

While this state of affairs lulls some US politicians into believing that they can rely on the dollar’s strength forever and continue to fund overseas wars, the US’ domestic problems pile up.

“US infrastructure is wearing out,” says Dr. Roberts. “Much of it is financed by local and state governments, and their revenue position has been badly damaged by the offshoring of US manufacturing, which has deprived them of tax revenues while massive influx of immigrant-invaders have pushed up the cost of supporting the illegal entrants. As the federal government permits the entry of millions of illegals, perhaps the federal government should be assuming the related costs instead of sending weapons to Ukraine.”

In addition, soaring prices are eating away at savings and real wages as inflation still remains at a 40-year higher. Polls indicate that inflation has largely become a major concern of voters along with crime. The unfolding situation may deal a heavy blow to the Democratic Party in the November midterms by stripping it of its slim majority in the US Congress. If this happens, it may curb the Biden administration’s political ambitions and disrupt its plans with some Republican lawmakers threatening to impeach the incumbent.

There is yet another problem on the horizon, according to Dr. Roberts. The economist assumes that the Federal Reserve will drag the nation deeper into recession by aggressively increasing interest rates at a time when consumer demand is cooling and the US economy is slowing down.

“The effect of the Federal Reserve’s recession on the deficit will be far greater than the military expenditures for Ukraine, which are mere pocket change,” the former Reagan official notes.

Last week, the Federal Reserve raised its benchmark interest rate by 75 basis points again with its chair, Jay Powell, planning an additional 1.25 percentage points’ worth of increases this year. Even though these interventions could hurt the labor, housing and stock markets, Powell is not going to back down. “I wish there were a painless way to do that. There isn’t,” the Fed chair told journalists last week.

How America’s Economy Was Destroyed