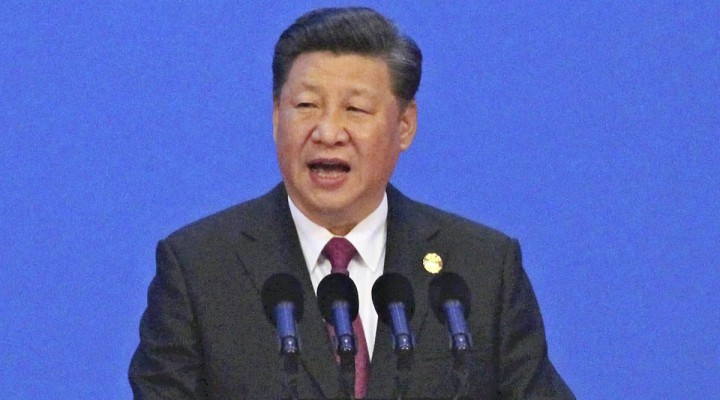 In times of grave geopolitical trouble it’s up for a true statesman to step up in the global podium and defuse a noxious Cold War 2.0 atmosphere. President Xi Jinping did deliver with his keynote speech at the annual Boao Forum in Hainan.

Here’s the full speech. And let’s start with a single sentence:

As we are going through the Covid-19 pandemic, people of all countries have more clearly realized that it is necessary to abandon the cold war mentality and zero-sum game, and oppose any form of new cold war and ideological confrontation.

The Boao audience, in a sort of Sino-Davos gathering, was composed not only of pan-Asian guests. Significantly, Tesla’s Elon Musk, Apple’s Tim Cook, Blackstone’s Stephen Schwarzman and Bridgewater’s Ray Dalio, among others, were giving Xi their full attention.

In a relatively compact speech, Xi once again exposed the architecture of multilateralism – and how a back-to-superpower-status China fits in. The message may have been subtly directed to the Hegemon, but most of all to a fast integrating Eurasia, as well as the whole Global South.

Xi emphasized multilateralism as the realm of justice, not hegemony, featuring “extensive consultation”, big countries behaving “in a manner befitting their status and with a greater sense of responsibility”, and all that leading to “shared benefits”, not the welfare of the 0.001%.

Beijing sees an open world economy as the pathway to multilateralism – which implies no “walls” and no “decoupling”, with China progressively opening up its own economy and boosting the interconnection of supply chains, digital economy and artificial intelligence (AI).

In a nutshell, that’s Made in China 2025 in action – without referring to the terminology that was much demonized during the Trump era.

Multilateralism and open economy are key components of the Belt and Road Initiative (BRI) – which is not only a vast trade/development model but also China’s overarching foreign policy concept.

So Xi once again had to stress that BRI is “a public road open to all, not a private path owned by one single party”. It is as much about poverty alleviation, economic growth and infrastructure “hard connectivity” as about “soft connectivity” – which includes “cooperation in infectious disease control, public health, traditional medicine and other areas”.

It’s quite telling that when Xi mentioned the adoption of Chinese vaccines, he illustrated it with two examples from the Global South: Brazil and Indonesia.

How to seduce the Global South

The Chinese approach to a new pattern of international relations draws as much from Confucius as from the Dao. Hence the emphasis on “community of shared destiny” as applied globally, and the refusal of a “Cold War and zero-sum mentality” as well as “ideological confrontation in whatever forms”.

The emphasis is on “equality, mutual respect and mutual trust” on the forefront of international relations, as well as “exchanges and mutual learning among civilizations”. The overwhelming majority of the Global South certainly gets the message.

As it stands though, realpolitik dictates Cold War 2.0 is already in effect, pitting Washington against the Russia-China strategic partnership. The key area where the game is played is in fact the whole Global South.

So Xi must be aware that the onus is on Beijing to prove “a new type of international relations” is the preferred road map ahead.

The Global South will be very much aware of China’s efforts “to do more to help developing countries defeat the virus” and “honor its commitment of making vaccines a global public good.”

On a practical level, this will be as crucial as keeping China in check in reference to Xi’s promise that the civilization-state “will never seek hegemony, expansion, or a sphere of influence no matter how strong it may grow”. The fact is great swathes of Asia are a natural, Chinese economic sphere of influence.

The European Union will be sharply focused on “multilateral cooperation on trade and investment” – in reference to the ratification and signing later this year of the China-EU trade deal. And US businesses carefully following Xi’s speech will be very much interested in an enticing promise: “All are welcome to share in the vast opportunities of the Chinese market”.

International relations are now totally polarized between competing governance systems. Yet for the overwhelming majority of Global South actors, especially the poorer nations, the ultimate test for each system – as Chinese scholars know so well – is the ability to advance society and improve people’s lives.

This has translated in practice into confidence by the majority of Chinese citizens in their political model – whatever the West’s interpretations. What matters is how Beijing spent the shortest time anywhere in controlling Covid-19; how the economy is growing again; how poverty alleviation was a huge success (800 million people out of poverty in three decades; 99 million rural people and 128,000 rural villages in the last stretch); and how the official goal of achieving a “moderately prosperous society” is being met.

Beijing, over the years, has carefully framed the narrative of a “peaceful rise” based on its immense historical and cultural legacies.

In China, the interplay between historical resonance and future dreams is extremely complex for a foreigner to decode. Rhythms from the past are always echoing in the future.

What this ultimately means is that Chinese exceptionalism – quite obvious throughout centuries of history – is essentially based in Confucianism, which defines harmony as a supreme virtue and abhors conflict.

And that’s why China won’t follow the belligerent, colonialist recent past of the hegemonic West: once again, one of the key messages of Xi’s Boao speech. If Beijing manages to imprint this “historical mission” narrative all across the Global South – with tangible acts and not just rhetoric – then we will be entering a whole new ball game.

0 thoughts on “Say hello to the new multilateral boss”