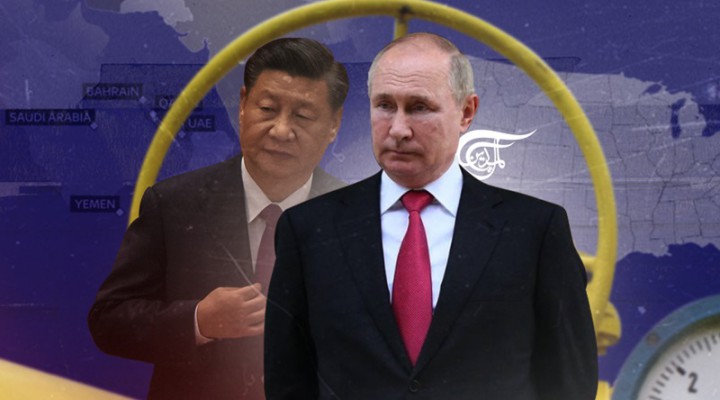 Today, Russia and China are offering the Global South, Africa and Asia a release from the Western ‘Rules’.

In the US National Interest magazine (a conservative-leaning journal), and, in an uncharacteristic outbreak of candour, Ramon Marks has a piece entitled: No Matter Who Wins Ukraine, America Has Already Lost.

In it, Marks observes that “regardless of who wins the Ukrainian war, the United States will be the strategic loser. Russia will build closer relations with China and other countries on the Eurasian continent, including India, Iran, Saudi Arabia, and the Gulf states. It will turn irrevocably away from European democracies and Washington. Just as President Richard Nixon and Henry Kissinger played the “China card” to isolate the Soviet Union during the Cold War, presidents Vladimir Putin and Xi Jinping will play their cards in a bid to contain U.S. global leadership”.

Well, apart from the ‘no matter who wins’ nod to the mandatory Western narrative — suggesting this still to be an open question — the gist of the National Interest piece is ‘spot on’, albeit whilst misconstruing the context completely.

Russia and China certainly are engaged in a bid to change the US ‘rules-based order’. Not to substitute one hegemony for another, but rather to create the pressure — short of war — that forces an existential transformation in the Western zeitgeist. A pressure that gives the West little option but to end its expansionist reach into other societies, forcing compliance with its ‘rules’ (otherwise known as neo-colonialism).

Yes, Russia and China are now playing their geo-strategic ‘cards’. And in one sense, they are very familiar ‘cards’. These are the principles of self-determination and respect for sovereignty that emerged from that 1955 Bandung meeting, which came to underpin the Non-Aligned Movement of that time. They reflected the conference sponsors’ then dissatisfaction at Western reluctance to listen, and instead, to impose their singularity of view on Asian states.

So, just as the US played its military-backed dollar dominance to the full in the years following the implosion of the Soviet Union to corral much of the world into its rules-based sphere, today Russia and China are offering the Global South, Africa and Asia a release from the Western ‘Rules’. They are encouraging the ‘Rest-of-World’ to assert its autonomy and independence — à la Bandung.

Russia, in partnership with China, is building these widespread political relationships on the control of global fossil-fuel supplies and much of the world’s food and raw materials. To further increase Russia’s influence over energy sources upon which the Western belligerents depend, Russia is stitching together a gas ‘OPEC’ with Iran and Qatar, and has also made welcoming overtures to Saudi Arabia and the UAE to join together in taking greater control of all key energy commodities.

Further, these big producers are joining with big buyers to wrest precious metal and commodity markets out of the hands of London and America – with a view to ending Western manipulation of commodity prices through derivative paper markets.

The argument advanced by Russian officials to other states is both hugely appealing and simple: The West has turned its back on fossil fuels and is planning to phase them out entirely — in a decade or so.
They have chosen this track under intense US pressure — a path which, in the case of Europe, will impose misery on their peoples for years to come.

However, unpalatable though it be for some, the fact is that world economic growth still requires fossil fuel production. Without more investment and exploration, there is unlikely to be sufficient supply in the medium term to meet likely demand. What is not available anywhere, is a quick means for increasing the physical supply of energy.

Russia’s message to its partners is that you do not have to join with this masochistic ‘sacrifice politics’. You can have oil and natural gas at a discount to what Europe has to pay. The “Golden Billion” have enjoyed the benefits of modernity, and now they want you to forego it all, and to expose your electorates to extreme hardship, too.

Russia is saying simply, ‘It needn’t be like this’. Yes, the climate is a consideration, but fossil fuels are experiencing an acute lack of investment for ideological reasons, rather than running out per se.

The point here is that the original starting point to Bandung was that the West just does not ‘do listening’ – it directs and imposes. Western Green ideology, however, cannot simply be mandated for the Rest of the Word — against its wishes. This argument represents the pathway for Russia and China to switch much of the world to their camp.

Russia – through tightening the energy screw to give its argument bite — is serving a blunt warning to the EU that the Western European political class either can save its’ skin, through reverting to cheap Russian gas, or alternatively, it can stay aligned with Washington on Ukraine. The latter course, however, would mean it having to cast its’ electorates into misery. And to risk its’ leaders facing the ‘unpleasantness’ of an à la lanterne revolt. But the EU cannot do both.

What matters primordially is the nature of European metamorphose. Is it tactical, or a true ‘Damascene conversion’? Will we find, in wake of the Russian energy squeeze, an EU sufficiently chastened to embrace a non-ideological negotiation of the security and civilisational aspirations of others, as well as a grounded exchange on means to protect the planet from further depredation?

Samarkand at the crossroads: from Timur to the BRI and SCO

The British Are About to Revolt

Is Russia or Europe the Target of Washington’s Sanctions?

0 thoughts on “Russia & China’s ‘Financial War’ on the West”