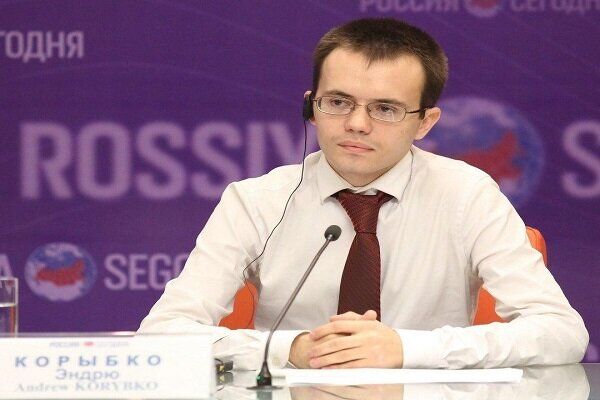 It’s natural that Russia would turn towards Iran as its only existing viable international logistics corridor to the wider world since there’s no way that the Islamic Republic would ever submit to US-led Western pressure to sanction Moscow, Andrew Korybko tells Bazaar in an exclusive interview.

He also explains that Russia and Iran have thus come to have converging grand strategic goals with respect to the global systemic transition to multipolarity and are therefore perfect partners.

The whole interview is as follows:

Bazaar: Vladimir Putin will leave for Tehran in a situation where since the beginning of the Ukraine war on February 24, he had left Russia only once, in order to participate in the sixth summit of Caspian countries in Ashgabat, Turkmenistan, and then went to Tajikistan. What is the importance of the Russian president’s week trip to Iran considering the severe Western sanctions?

Korybko: The stated purpose of President Putin’s trip is to participate in the latest Syrian peace talks with his counterparts from the Astana peace process, Presidents Raisi and Erdogan, both of whom he’s expected to also hold bilateral meetings with. Iran has unexpectedly emerged as among Russia’s most important geo-economic partners anywhere in the world since the start of the special military operation in Ukraine and subsequent imposition of unprecedented US-led Western sanctions, which cut off most of Moscow’s international logistics corridors. The only exception is the North-South Transport Corridor (NSTC) between it, Azerbaijan, Iran, and India as confirmed by the Russian Transportation Minister in late May (https://interfax.ru/russia/842137).

This route nowadays serves as Russia’s geo-economic lifeline to the wider global economy because it’s completely sanctions-proof after none of the participating countries submitted to American pressure due to their principled neutrality towards the Ukrainian Conflict and their leaders’ commitment to safeguarding their hard-earned state sovereignty. President Putin will therefore build upon his discussions on the NSTC with his Iranian counterpart, who wisely realizes the long-term geo-economic opportunity that this corridor presents for the Islamic Republic.

By leveraging its newfound position as the irreplaceable transit state for facilitating Russian-Indian trade, Iran can also benefit by bringing more investment from those countries into its economy as well as adding value along the route. Furthermore, all three Great Powers – Russia, Iran, and India – can jointly work towards creating a third pole of influence in the emerging Multipolar World Order.

The global systemic transition towards that end is presently in a bi-multipolar intermediary phase whereby the American and Chinese superpowers exert the most influence over International Relations, followed by Great Powers like those three aforementioned ones, below which are comparatively medium- and smaller-sized countries. By pioneering a new Eurasian connectivity corridor through the NSTC, Russia, Iran, and India can advance their shared tripolarity vision as the next step towards more complex multipolarity (“multiplexity”). This grand strategic goal unites those three Great Powers.

Bazaar: Given that the seriousness of the Russians has increased in the field of economic cooperation with Iran compared to the past, do you think that during Putin’s visit, the contents and details of the 20-year cooperation document between the two countries will be clarified? What is the importance of this agreement for the two countries?

Korybko: It’s uncertain whether details of that pact will be made public but they’ve presumably already been discussed at length between their countries’ representatives over the past few months. Its importance rests in the fact that this document is essentially a shared grand strategic vision between their Great Powers at this unique point in the global systemic transition to multipolarity. Therefore, one can expect that it’ll comprehensively involve the gamut of their relations, with the priority being on geo-economic cooperation through the NSTC, especially with their very close Indian partner.

Bazaar:After Ebrahim Raisi’s visit to Russia, a positive atmosphere regarding economic cooperation with Iran has been created in Russia and very good agreements have been made, and the 13th head of government has marked a new chapter in economic relations between Iran and Russia. From your point of view, to what extent can Iran help to expand bilateral relations according to its geopolitical and geo-economic capacities?

The NSTC, whose future prospects had previously been in doubt, has suddenly emerged as among the most geostrategically meaningful megaprojects anywhere in the world. This is due to its role in serving as Russia’s only remaining viable international logistics corridor to the wider world as confirmed by the Russian Transportation Minister in late May.

Crucially, it connects Russia with its special and privileged Indian strategic partner through Iran, which in turn enables them to jointly pursue the creation of a third pole of influence in the present bi-multipolar intermediary phase of the global systemic transition to multipolarity. Driven by shared geo-economic interests connected to these three Great Powers’ similar positions in the aforementioned phase of the global systemic transition, they’re increasingly capable of facilitating the evolution of bi-multipolarity into true tripolarity, though it’ll of course take quite some time before that outcome occurs.

Nevertheless, it’s significant to point out that the NSTC doesn’t just involve these three, but also a multitude of other countries in Eurasia, including Afghanistan, the Central Asian Republics (CARs), and the South Caucasus, all of which are connected to this corridor via branches. This megaproject is therefore becoming a major center of integrational gravity in the supercontinent. Iran is located right in the center of it, which imbues the Islamic Republic with the potential to become one of the world’s most pivotal hubs.

Its leadership is expected to wisely leverage this position to attract more investments from Russia, India, and others, not just in the logistics sphere, but also in the production one as well so that it can add value along the route between its many partners. The end result is that Iran is well on the path to becoming one of the Eurasia’s top Great Powers upon reaping the geo-economic dividends of this geostrategic megaproject, though everyone should always remember that this won’t happen right away since it’ll take time to fully unfold.

Bazaar:The two countries have been trying to move toward de-dollarization with financial and monetary alliances for a long time. What will be the benefits of creating a common currency for Iran and Russia considering the conditions of sanctions?

Korybko: It’s way too premature to discuss the creation of a common currency between Russia and Iran and more realistic to talk about their use of national currencies in bilateral trade. They might also employ the Indian rupee and Chinese yuan too since these two BRICS countries’ currencies are increasingly becoming internationalized. De-dollarization in whichever form it takes in the short- to medium-term will ensure the security of their financial transactions by making them sanctions-proof as well as strengthening those alternative currencies that are employed.

Bazaar: The sanctions on Russia by US and Europe made it more interested in economic cooperation with Iran. What is your opinion about this?

Korybko: It’s natural that Russia would turn towards Iran as its only existing viable international logistics corridor to the wider world since there’s no way that the Islamic Republic would ever submit to US-led Western pressure to sanction Moscow.

This speaks to the faith that Russia has in Iran as a reliable partner in the face of shared Western pressure considering Tehran’s success in surviving very harsh sanctions over the decades. Moscow can actually learn quite a few things from its southern partner, which Tehran is likely more than eager to share with it. Russia and Iran have thus come to have converging grand strategic goals with respect to the global systemic transition to multipolarity and are therefore perfect partners.