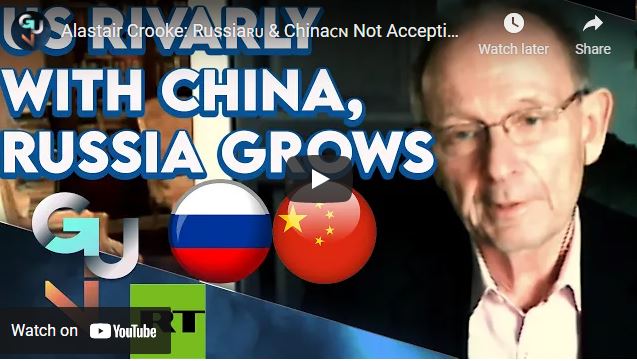 On this episode of Going Underground, we speak to former Middle East Advisor to the European Union and the Founder of Conflicts Forum Alastair Crooke.

He discusses rising tensions between the US and China over the US’ tacit support for Taiwan independence, the ‘Kosovisation’ of Xinjiang and Taiwan, China and Russia’s refusal to continue to allow the US to shape the future of the world order, Western media hysteria over a supposed invasion of Ukraine by Russia’s Vladimir Putin and much more.

Biden’s foreign policy is built on one big lie

0 thoughts on “Russia & China Not Accepting Declining US Shaping The International Order!”