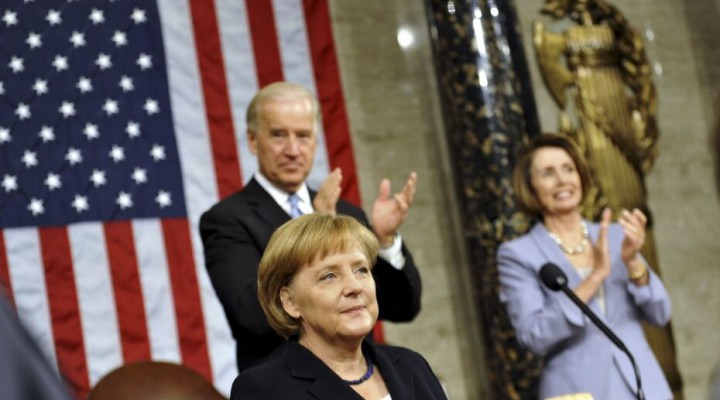 Is it surprising that Russia and China have come to their ‘we have had enough’ moment?

Wolfgang Munchau of Euro Intelligence has been suggesting recently that the EU is making mistakes born from listening only to its own (like-minded) echo chamber. Munchau was referring to how – when Boris Johnson had sought for a deal “to be in sight” by this month’s EU summit, he was met with disdain. The Council said not only was there ‘no deal in sight’, but that there would be no acceleration of negotiations, and furthermore stuck rigidly to its three red-line, ‘non-negotiables’.

Macron haughtily afterwards stated that the UK had to “submit” to the bloc’s “conditions” – “We didn’t choose Brexit”.

To which Boris tartly retorted: ‘There’s no point then in talking’.

Munchau wryly noted that the biggest risk to any deal “is when you keep telling yourself that the other side needs ‘it’ more than you do”. Charles Michel, the President of the European Council, then made clear what the Council imagines ‘it’ to be: It is the EU’s majestic “huge and diversified markets”.

“The EU has a month to disabuse Emmanuel Macron of this intellectually lazy assertion. The EU should not base its negotiating strategy on [the]notion that Johnson will fold: Maybe he will, maybe not”, Munchau observed.

Well, Russian Foreign Minister Lavrov clearly shares Munchau’s general analysis. Speaking at Valdai last week, Lavrov said, “When the European Union is speaking as a superior, Russia wants to know, can we do business with Europe?”

“… Those people in the West who are responsible for foreign policy and do not understand the necessity of mutually respectable conversation – well, we must simply stop for a while to communicate with them. Especially since Ursula von der Leyen states that geopolitical partnership with current Russia’s leadership is impossible. If this is the way they want it, so be it”, [he concluded].

Notably however, it was not Boris Yeltsin who made the greatest efforts to achieve Russia’s integration into the European space, but President Putin, during his first term in the early 2000s, until at least 2006. What Lavrov indirectly was acknowledging is how bad things have become. In effect, he simply stated what everyone already knew; namely, that the old framework for Russian-EU relations no longer exists. What’s there to talk about?

This is no small matter. If Merkel and the EU have shifted to integrating the Union, as a higher priority than attending to its relations with Russia, then all the old anti-Russian prejudices of East Europe – principally those of Poland – must be assuaged. This is what is happening, and it means the solidifying of Europe as ‘up and against’ Russia, China and their strategic partners. And with Germany again aspiring to its earlier prominence in and over Europe, tensions with Russia ( and therefore with China), will grow. Europe will be self-defining as the middle between two antagonistic poles to the East and West – a ‘friend’ of neither.

And – coincidentally, or not – on 14 October (a day later), President Xi symbolically visited, a micro-chip factory, and said that China will win the tech war, and will lead the world in multilateralism. Secondly, on the same day, President Xi visited a Marine Base, calling on the Chinese military to “put all (their) minds and energy on preparing for war”. China does not want war, he emphasised, but has accepted that it may happen. And finally, at Shenzhen economic zone’s 40th anniversary, Xi indicated that global changes are afoot: The status quo cannot continue, and “sometimes one needs to speak forcefully for the West to listen”.

In his own more muted way, President Xi was simply echoing Lavrov – underlining that the earlier framework for China-western relations also no long exists. This was implicit too when he said that he wanted China’s new stance to be endorsed by the CCP Plenum at the end of October, so that no-one could impute to China some policy ‘play’ towards the incoming U.S. President.

It seems there is a very clear message here for the EU. But are they listening? Whilst Europe does have ‘cards’ to play, it is hubris to assume that all will ‘submit’ to European ‘conditions’ and values, just to avoid losing access to its markets. Yes, indeed there is a large European ‘market’, but it has some very obvious lacunae too – No cloud platforms; little investment in telecoms and 5G (particularly in Germany); no security of energy supply at an affordable cost; and has no social media platforms to rival either those of the U.S. or China. China has the money and the know-how which the U.S. cannot replace.

Europe does have pockets of expertise (such as in AI and aerospace), but no Big Tech. And in terms of spending on Tech R & D, the EU is a minnow. Europe badly needs Chinese (and Russian) collaboration in Tech to participate in the ‘New Economy’, yet the U.S. wants the EU to sever completely from Chinese and Russian technology.

This the point: The U.S. currently is concerting a full-spectrum strategy to isolate and weaken China and Russia. This is nothing new. It is a reprise both of the long-running ‘Anglo’ vendetta against Russia, and an attempt to try to extend Pompeo’s anti-China ‘Clean Network’ and ‘Clean Path’ policies to Europe. The term ‘clean’, of course, means ‘lock out’ of all Chinese tech – complete exclusion. The U.S. is making a big ‘ask’ of Europe – living as it does under the shadow of recession. Nonetheless, it is likely that Europe will (mostly) comply.

But viewed from 180° – from the Russian and Chinese perspective – their limited and tense relationship with the U.S. is unlikely to improve, whomsoever wins next month in Washington. The U.S. animus against Russia will continue irrespective. And as for Beijing, were Biden to win (an old foe of Huawei), China expects little change, beyond revised tactics. Biden is thought by Beijing likely to use multilateralism more in order to rally U.S. allies to form a United Front against China, than as a genuine commitment to taking Europe’s views into consideration. Obama’s Victoria Newland neatly expressed her then-Administration’s view (in respect to Ukraine): “F**K the EU!”.

Is it realistic that Germany and Europe will resist U.S. pressures? Merkel still wants NordStream 2, sure. And Germany notably has failed to invest in telecoms – and needs Huawei. Other key Tech (and the finance to support it) is available only from China. There are no substitutes. Yet, the Euro-élites’ hatred and loathing for Trump, and their conviction of a forthcoming Biden victory, will likely spur them to try and recreate the multilateral order with Washington at its head, were the Democrats to win. This means pressures on Europe to adopt an anti-Russian and anti-China stance may grow and become irresistible. The paradox is that the U.S. nonetheless will probably still view Europe as a ‘access-limited’, regulated market and trade threat.

Is it surprising then that these states – Russia and China – have come to their ‘we have had enough’ moment? They have had it with Europeans’ moralising about their values, and believing that everyone will ‘fold’ in the face of the threat of exclusion from Europe’s market.

China is now the world’s biggest economy (in PPP terms). Russia and Central Asia are already compatible with Chinese technology. China has already established this as ‘facts on the ground’. Politics will follow in its wake. China and Russia are indeed likely to win the Tech war (sooner, rather than later). Can any trade block really the afford the moral ‘superiority’ dividend of standing aloof and ‘above’ this other “huge and diversified” market?

Tom Stevenson, an investment director at Fidelity International, writing in The Telegraph, points out that the pandemic’s adverse effects have been significantly greater in Europe and the Americas, both north and south, than in China:

“Despite accounting for nearly 60pc of the global population, Asia has had less than 15pc of Covid-related deaths this year. Europe, with less than 10pc of the world’s people, accounts for nearly a third of all deaths. Same story in north America. Third quarter GDP figures from China will show how this materially better pandemic performance is showing up in economic data. First in, first out and a much steeper recovery path, too. Credit Suisse thinks that by the end of next year, China’s economic output will be 11pc above its pre-virus level, while the U.S., Europe and Japan will still be catching up.

“Coronavirus has caused some fundamental changes in the way that businesses and whole industries now operate. In particular, global supply chains are being replaced by a more regional approach, which has reduced Asia’s dependence on the health of Europe and the U.S. Today around 60pc of all trade in Asia happens within the region. The big growth in our dependence on technology and the increasing digitisation of the economy also plays to China’s strengths”

It is insanity. On the one hand, the EU doggedly is following the U.S. in applying sanctions on Russia (even when France and Germany know the U.S. allegations on which these are based (the alleged Navalny poisoning) to be false); it is complicit in trying to unbalance the situation near Russia’s borders; and then further demands to impose Europe’s values on others’ trade with Europe.

And at the same time, they expect China and Russia to continue as if nothing is awry, and to save them from bankruptcy. Who needs whom the most? Is anyone listening?

TG 79: The wisdom and trials of Douglas Macgregor